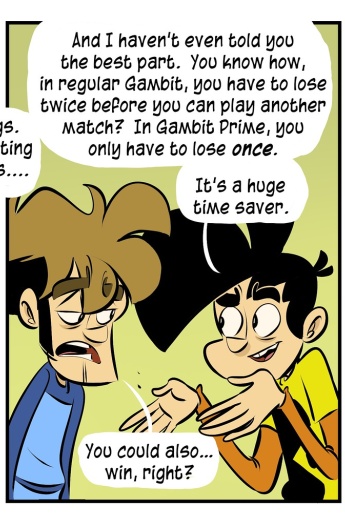 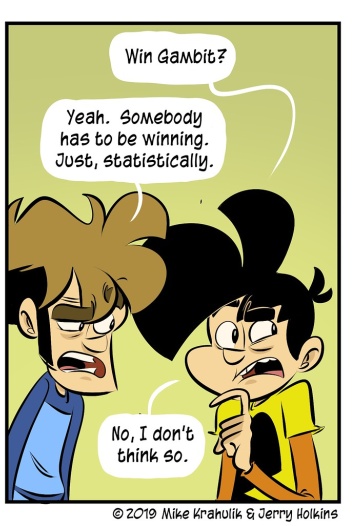 Gabe is literally playing Gambit Prime as I type this, and despite what we might say in the strip he's over there tooling team after team. It can't help but activate an ill-timed sympathy response: he's like a wicked ghost, iterating a malevolent grudge throughout eternity.

I gnawed on Forsaken for a while, gaining succor thereby, but I didn't bite on the pass until yesterday so the seasonal stuff wasn't in my playlist yet. I can turn my head only ninety degrees to the right and see that I want in on this, even without having engaged with the Black Armory - Gambit was always the big draw for me, and the changes I'm seeing lean into what I like while adding things I wouldn't have considered, with a quick, quest-based path to 640 light.

Going class based is one thing, but making the classes sets of armor is a very Destiny way of accomplishing that. Then putting in a horde mode where, if you succeed, you earn a piece for the role you want to play has a nice helical structure. The biggest change is probably that a round of Gambit Prime has… the only term I can think of is "fire stops" now. I only know this word because I lived in an old house and it had them - horizontal studs squozen between the vertical studs in the wall. The thinking was that this would stop fires, hence the name, but it seems like it's just more wood...? Anyway.

Once the Primeval is summoned in normal Gambit, a creature that would be called The Boss anywhere else, you have to burn yours down before the opponent team burns their down. You can invade their side, and any kills you get increase their Primeval's health. That's all the old stuff. In the base mode, you kill Envoys that spawn along with the Boss you gain stacks of a damage buff to win faster. In Gambit Prime, you can't hurt the Primeval at all without the buff, it only lasts a little while, and the Envoys spawn in different places. So it creates - under optimal circumstances - a very focused phase of all-hands-on-deck damage in that window.

The Reckoning part of the loop - the Horde Mode experience you use to earn the armor pieces that enable class-like functionality - is a little loose. Right now Gabe is at 648 light, a little below what the Reckoning requires, and it's been kind of a slog; I think there are a lot of people who are rolling the dice in there power-wise and wasting a lot of time, and since it's drop in/drop out getting a productive round in there is tough right now. You can spawn into impossible conditions with some regularity. Also, his gloves are terrible. Don't tell him I said so. Mechanically, but also Aesthetically, they're dragging the entire thing down.

Unfortunately, I've got some bad Spire related news: it's acting up again and only Ryan and I can slay it. Or attempt to slay it, at any rate. Come see us on the stream from 2-4pm PDT! 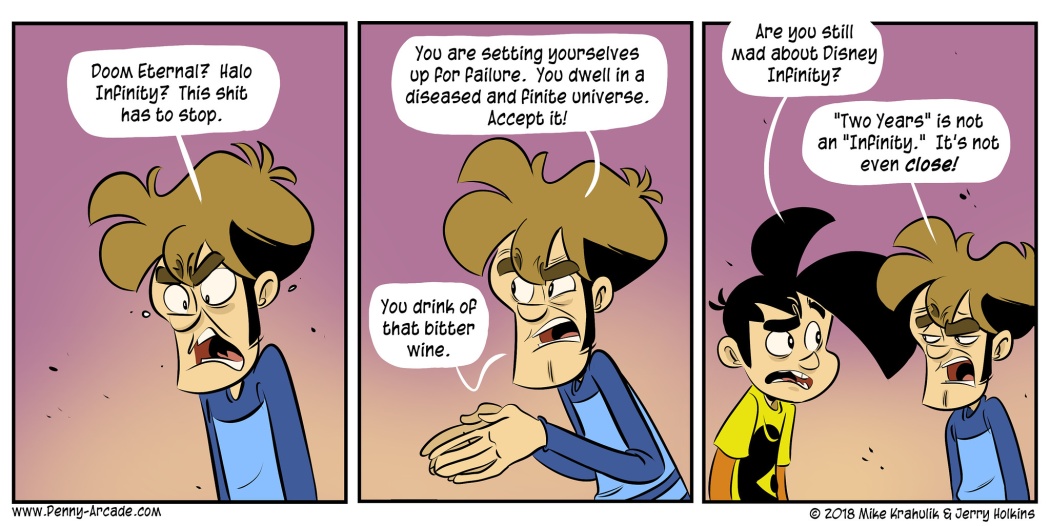