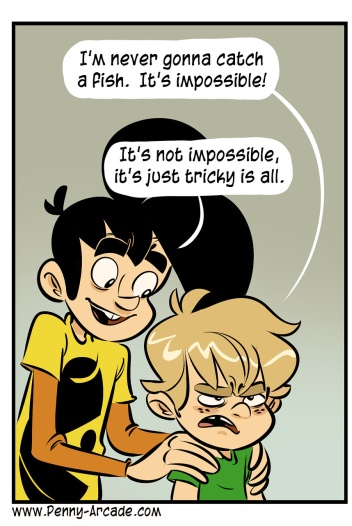 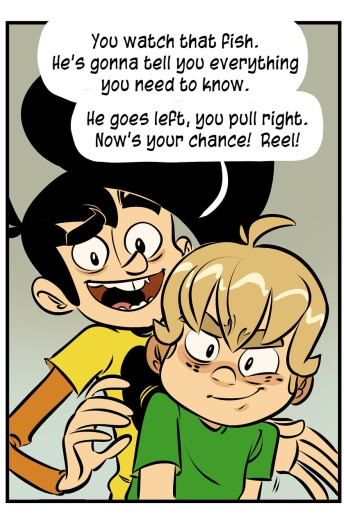 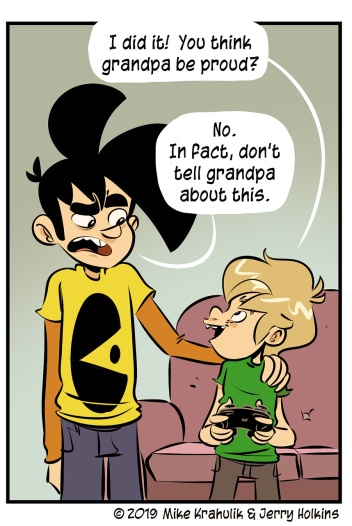 Gabriel and his clan, the Crewhuliks, have been dining on a choice slice of free expansion content for Sea of Thieves called "Tall Tales: Shores of Gold" which sounds piratical as all get-out. It makes it seem like some pirate shit is gonna happen - and fast.

Alongside something that can only be considered a "campaign," they've offered a new activity - the ability to fish. Fish can now be caught, grilled, or even married, so be very careful because a lot of this stuff is in the same menu and an errant flick of the wrist could consign you to some deeply novel interactions.

Gabriel has described Sea of Thieves as "a costume trunk," and I think this is incredibly well put, but if we're a year in and we're only now beginning to explore its potential for explicit narrative we might also call it a "platform" even though it lacks poetry. I always thought the game was a kind of philosophy about interaction, a way of being in a virtual space you could intuit based on something like a coherent physical simulation. The User Interface is very much like the "user interface" we use to navigate the world. I think that makes it an iffy proposition for a lot of people, because sometimes the "reward" for play is… that you played, that you had fun with your friends maybe, and I think we've been trained to seek a constant deluge of twinkles and affirmations from games that it simply doesn't have any intention of providing.

It's so oblique to How You Do Things that I can't believe it. And I'm overjoyed that they're still exploring what the game can mean.

It's so much more fun to play Phoenix Wright as an audiobook when you have more cast members, and our other cast members are getting shit done today so I think I'm gonna pause Phoenix for today until next week. Which is fine, actually, because in our absence I understand that unruly Spires have multiplied over recent weeks, and are in desperate need of Slaying. We'll be live at 2pm to get all this figured out.