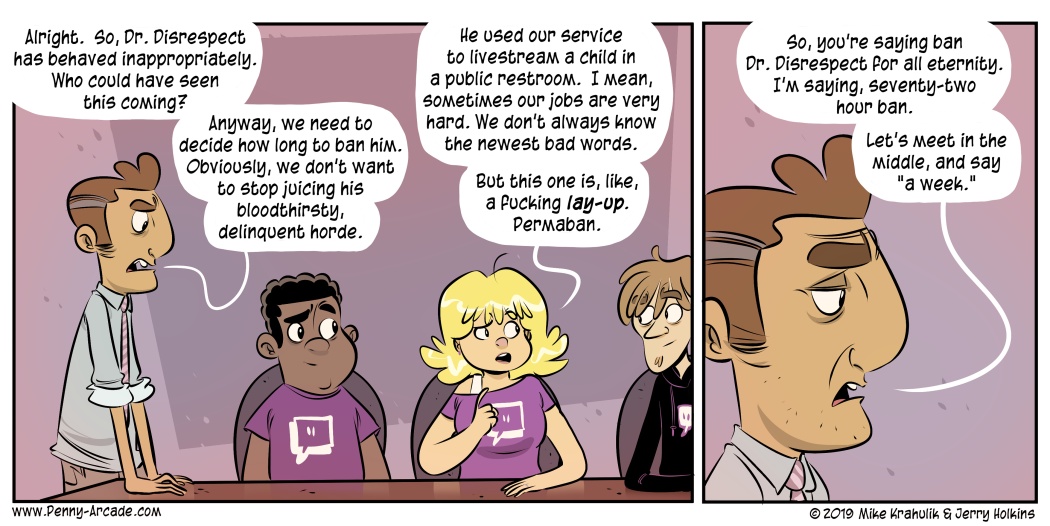 There is a streamer who goes by the name DrDisrespect and if you follow this sort of thing at all you know his deal. As a professional asshole myself, I see the waves of opprobrium generated by this cadre perhaps in a unique context.

There is sometimes a difference of opinion, I think, between the platforms and the viewers about who and what they want to see on the screen. Platform holders and the prim hall monitors who observe this industry seem to want more or less the same thing: anodyne human billboards upon which can be projected millions upon millions of dollars in advertising. But there are also people outside this, wild creatures who have either jumped or chewed through the fence, whose personas are plainly antisocial aggressors that many, many viewers recognize with their time and treasure. Such an organism was once called a Shock Jock and the concept ports quite readily to YouTube or Twitch. There is a kind of unease around them but because they offer something so alien to the mainstream, they must be retained as funnels into the larger operation.

So if DrDisrespect repeatedly livestreams people in the bathroom at E3, over and over again, and eventually they get around to putting him on time-out, it's good that they did that. Because what he did was fucking weird, and gross, in ways that may project into the legal sphere. But when I saw a kid in there, a kid of maybe ten fucking livestreamed from a urinal, this all ceased to be a novel intellectual exercise and instead become something more like an icicle pushed slowly through my left eye.

I have suggested before that your politics consist of those things which you consider outside the realm of politics. I will never write about what occurred to me when I saw that, as a man and a father, burning in the knowledge that what he did doesn't matter at all.

It doesn't matter at all. Because we toil and writhe in the dumbest age yet, it's possible that someone might think I'm saying it's not important. I'm not saying that, though. What I'm saying is that it materially, observably doesn't matter insofar as he'll be back on bigger than ever, sooner than you think, his bad boy credentials only burnished by his stint in detention. By his nominal exile. By what is functionally a vacation. What our masters feel for us can't even be called contempt, because that would imply conscious recognition. What we are is a number lower than another number, his number, and therefore somewhere below the human threshold. 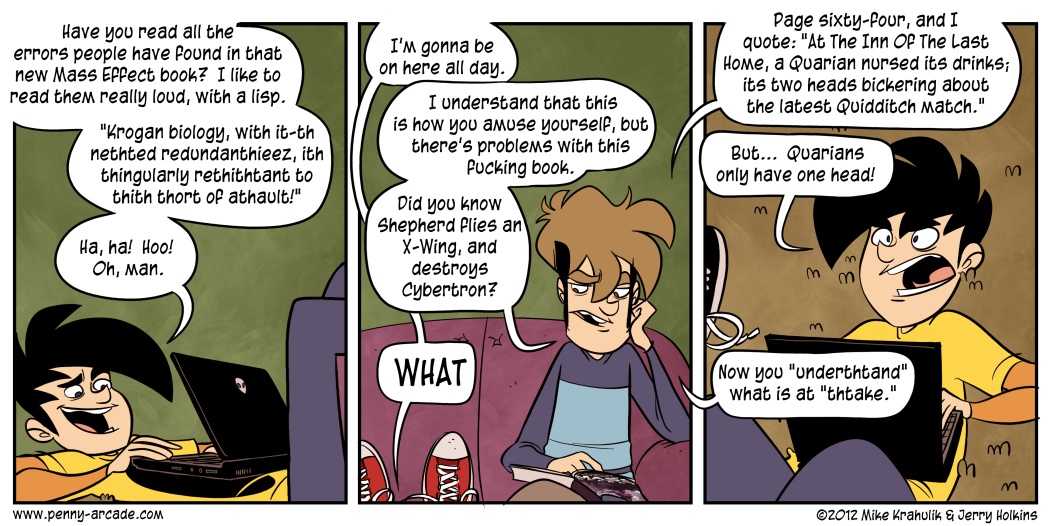