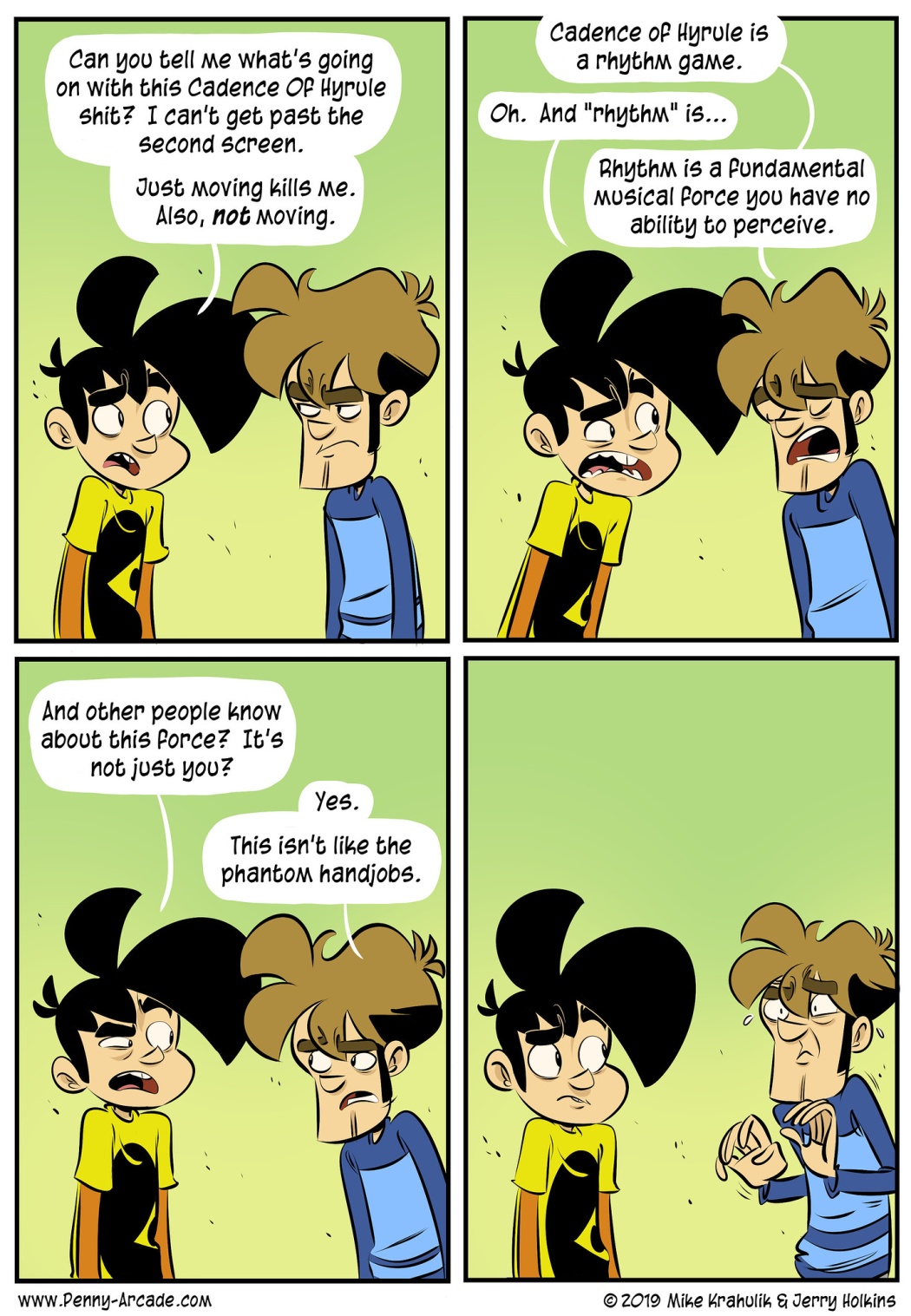 Nintendo letting somebody have The Legend Of Zelda to just… play around in probably deserves its own rhetorical excursion, but this is of a piece with the Switch being such a natural home for indies anyway. On a couple recent releases, I've seen game launch on the Switch first - or launch on Switch and PC. It's a shocking result, but I think it tells you where indies are making money today.

Gabriel suffered mightily at the hands of Cadence of Hyrule, to the extent that he died on the second screen, but I don't see any reason to fuck with him here. The game is legitimately hard - particularly when you're talking about managing the beat plus a screen full of jerk-ass monsters, some of whom launch projectiles to boot. The metaphor is typically "Rubbing Your Belly And Patting Your Head," but what if you must do these things while also trying to do your math homework and predict the fucking future.

Gabriel did find a path to success though, one that I think is not well explained, but we'll get into all that with Wednesday's comic and post. In the end, though, the game is just… bright, lovely, and there are multiple paths into it. The trust Nintendo granted Brace Yourself Games is stunning and an index of their faith. Plus, I mean… they've got Danny Baranowsky on the decks. What a novel age we inhabit.

Gonna head back into the studio with Ryan Hartman to Slay a Spire or two at 2pm PDT. We might require moral support.