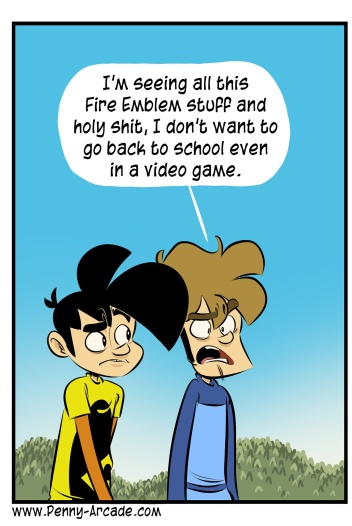 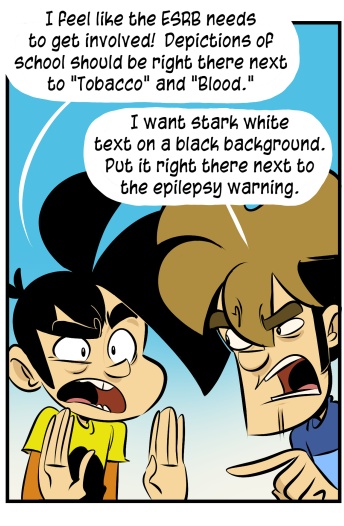 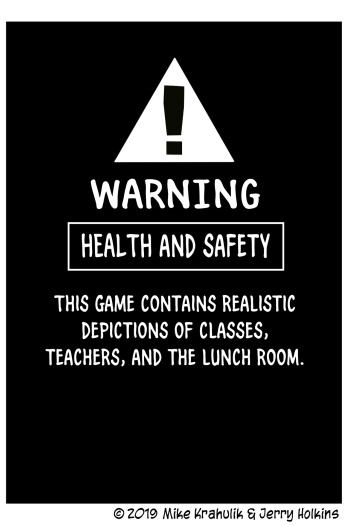 I am a dark bouquet of neuroses; if you found your way here into my cavern, long after my Good By date, you're almost certainly aware. The weird thing about them is that usually you project them onto other people - you imagine that they're common things. I'll tell people shit about the church I grew up in like they're ordinary experiences, like people would shout in an imaginary language at the top of their lungs and then somebody else would "translate" it as a message from a Real God, and apparently that's not as common as I thought.

And I think that I did not like school, and I think that people in general are not overfond of school, and maybe that's not even true. But I have come to understand I like school less than other people to the extent that I'm still haunted by it twenty-five years later. I chose the term on purpose. It's a terror I feel in my body. In weaker moments I imagine that it has collected in me, pooled, and is stealing my vitamins(?!?).

School is not a good fit for my son, and that's not an example of projection. His unique combination of spectrum stuff, and in my experience spectrum stuff always exists in a unique combination, means that sitting still for hours a day has a Sekiro component. I can't make him respect this process with a straight face, and I don't even try. He'd know I was lying. But I can try to contain its necessity in a capsule he'll actually eat.

I think of it like palliative care, and my processes exist in that continuum. Consider school as a kind of disease that afflicts the body and mind for a set duration. I don't say that out loud, obviously, but that doesn't mean it can't be heard. The optimal scenario for school is that it's like the course of poisons, stoppered potions, and strange roots that turns you into a Witcher. Barring that, we can agree that a lot of it is horseshit but we only increase our suffering by resenting it. This framework has resulted in the kind of performance that earns you a copy of Super Mario Maker 2. Yeah. Let's put it that way.

My daughter Ronia actually needs the social interaction and clear hierarchies to be happy. This literally makes me laugh out loud.

I'm doing top secret shit in the early afternoon, but come 3pm PDT I'm gonna join Dabe and Amy The Falcon for Dota Underlords, which the youngs here call "Dunderlords." I got fucking tooled last time I played, and I need some help navigating the new meta. The last patch touched practically every number in the game and it was, uh… "bracing." Acquisitions Incorporated: The "C" Team returns next week, with the final arc of the season(!!!).