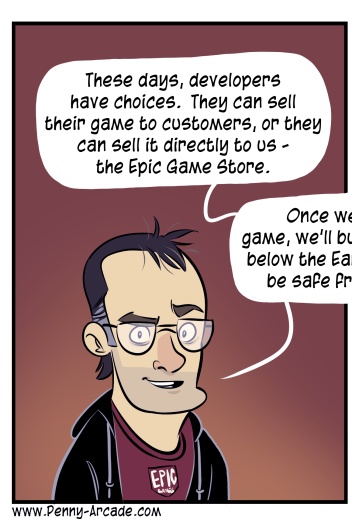 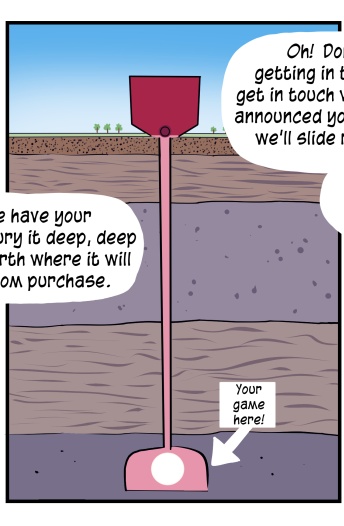 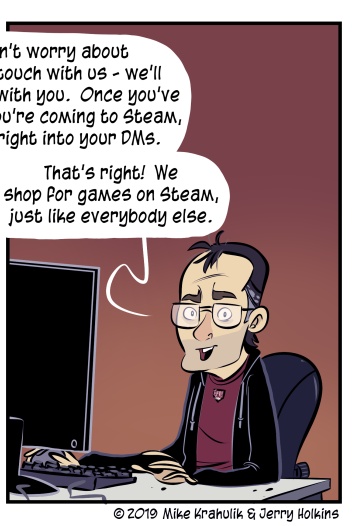 I haven't played the game DARQ, partially because of how they chose to spell "Dark," but mostly because I've had a lot of shit to do and most of it involves some real weird wooden devils. But the story the developer tells in a medium post is one where as soon as they announced they were coming to Steam, Epic tried to pay them not to. I think that's weird.

Some people resent the Epic Game Store because they'd like everything they own in one client; that's not the problem I have. I don't give a shit about that. I think Uplay is kinda slow and weird, but it was loading even when I bought games on Steam, so I just bought Division 2 on there purely because all the money goes to the correct bin. I did the same with GOG and Thronebreaker, which is brilliant by the way. I'll install a client for one fucking game. I've started putting icons for games on my Desktop again. Yeah. My desktop, like, on some Windows 95 type shit. I'm not saying that it's cool, or right, or whatever, I'm just thinking about other stuff.

Some people don't like feeling their hand has been forced by an exclusive. This is related to what we were discussing Friday, which is the strange bargain presented by free to play and the resentment it can generate on the developer side. Players in this case are making a perfectly rational choice. Likewise, the Epic Game Store pays people to put their game on there. I have friends who have taken this deal - it is also a deeply rational choice. Every game is your last in the current environment and quality doesn't even seem to be a factor. If you have never been the person who determines whether or not a person gets paid, I envy you. The heat and pressure of that role is subterranean. So if a person makes that calculation and comes up EGS, I think about everyone downstream of that choice and silently salute the person who arrived there. I'm not in their house. I don't know how it is.

But when you're prowling around for exclusivity on Kickstarters promised to other platforms, or you aren't being coherent with developers around sale pricing, or you're digging around in your competitor's files, look. This is pretty standard Tech Bro, Move Fast and Break Things type shit, except the Things they're breaking - Things, capital T - are our social norms. That's all. It's boorish, and it's okay to say that. This is fixable shit.

There's a specific sort of language around this, purposeful in its construction, that endeavors to paint Epic Game Store as the "moral," functionally "organic" choice because of its split, but there's all kinds of splits out there. I love Itch.io and the reasons I love it are all there in the FAQ. I love Humble, too, in its various forms, and each purchase has a charitable payload. EGS' larger cut of a smaller pie - with an incentive to use their engine built in, of course - is just marketing for now. Epic makes Fortnite; it's not some scrappy pugilist out to make a name. It's not clear to me why people carry so much fucking water for this thing.