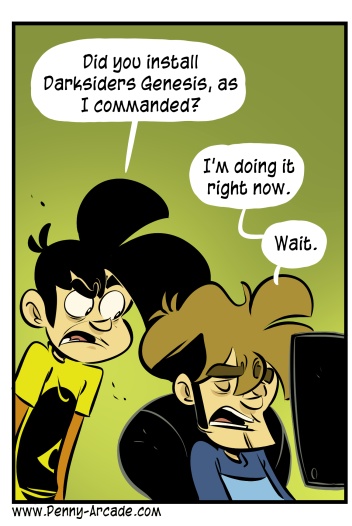 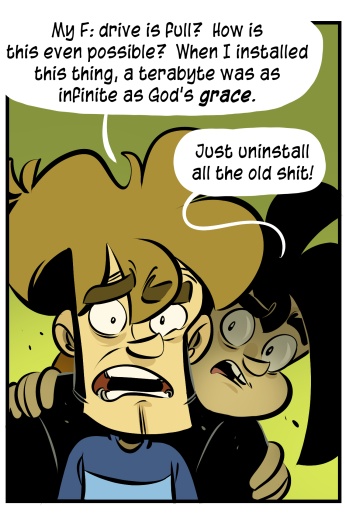 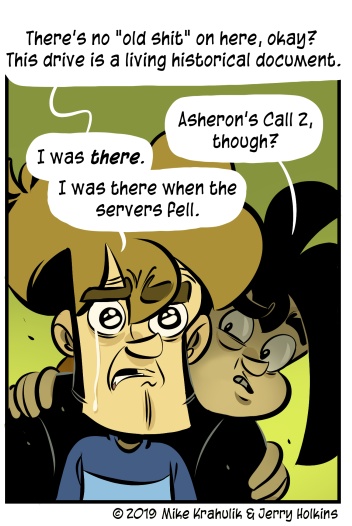 I really did think my F: drive would last forever, in profound contradiction to… fact, I guess? And truth? And everything we know about everything. I had to kick a bunch of shit off there - had to pause Remnant, but I can come back anytime. Had to accept that maybe some betas for games whose release versions I don't even play probably don't need to be there. I didn't actually have Asheron's Call 2 on there, or Asheron's Call for that matter. I didn't actually see the C-Beams glitter in the dark near the Tannhauser Gate. At some level they'll always be installed in my heart, though, a medium with the effortless capacity to contain both.

Tonight (tonight, tonight, whoa-ohhh) is a big turning point in hashtag Seattle By Night, our Vampire: The Masquerade Chronicle that we created in concert with the real vampire people. Not real vampires, but the real people who make Vampire. Suffice it to say we get down into some real shit.