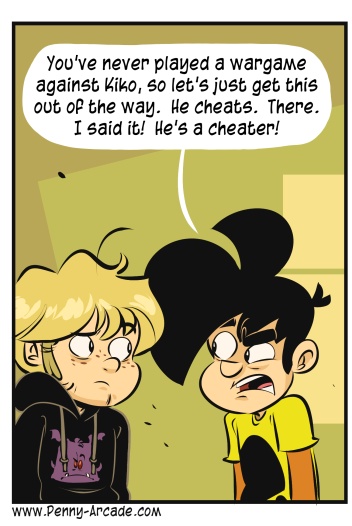 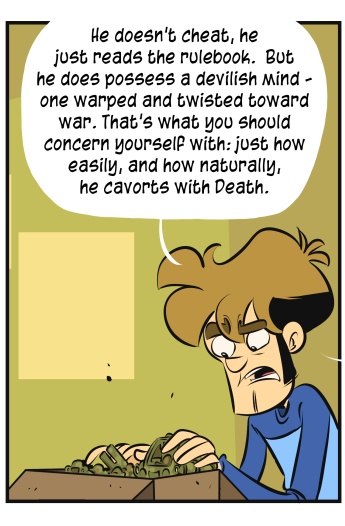 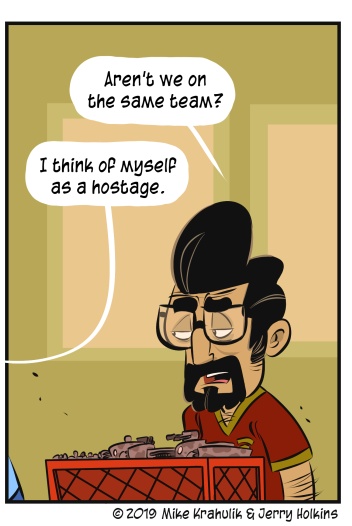 Over the break, Kiko and I ended up at Gabe's house where apparently the actual Gabe - the young man I will forever call Gabriel, fully unabridged, because this is the kind of uncle I am - has apparently taken up wargaming. As these games get simpler and more skirmishy either in rules or in model volume, I take that as a cue to get more people around the table simultaneously; to increase the scale of the game with those freed resources while the load on the individual remains low.

Anyway, Gabriel the Younger got into this stuff at PAX Unplugged, which is I place I do a lot of Wargaming myself. My room there, and at PAX generally, is a gallery of miniature battlefields with a functionally revolving door. People I don't even fucking know end up in there. Building models and terrain and then painting and playing with them is basically all I want to do. I'm actively crafting three games and playing four. Playing against, or even alongside Kiko is so fundamental to the hobby as to be inextricable from it.

I'm in the part of teaching him Kill Team where I might be able to get a win purely as a result of his inexperience, but even these successes - victories indexed by the Conclave as "Conditional Valor" - are earned with effort. The part I like best of any game is when I'm learning how to play and then fully comprehend the range of action, and games like Relicblade or Kill Team or Dust 1947 are games you can learn over and over again just by seeing the game from the perspective of a different faction. I can push this button over and over again and the morphine never runs out.

Josh Price, the man at the helm of our Video Production Efforts, has committed himself to a terrifying ordeal - that of the 24 Hour Stream. He has told me he will open this howling, demonic portal at Noon today, and run until Noon on Tuesday, culminating in a full human day. He's gonna be playing some requests plus games with the stream, and apparently there will also be a culinary surprise…? I'm worried. But there's only one way to find out - and it's all available here.