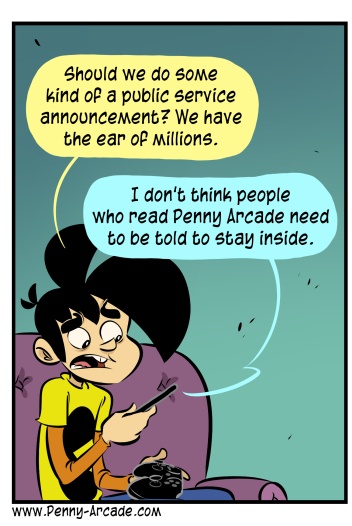 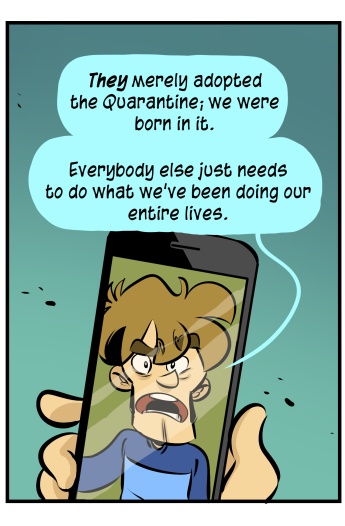 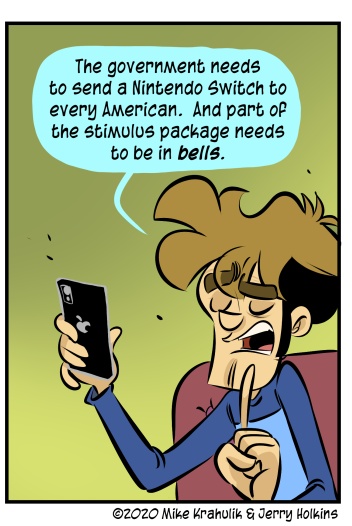 I genuinely don't know if Animal Crossing could have arrived at a better time. I do have other games, I guess. I'm just about done with Doom Eternal, which I think is about two hours too long. Definitely like it, will purchase the DLC, ready to try the multiplayer, but we've reached the game's humblebrag phase now and it's interminable. I just want to pick up the tab and go home. I bought The Division 2: Warlords of New York before East because I love that game but I haven't been in the mood to play a game about humanity descending into urban fiefdoms as the result of a pandemic. Right? That doesn't sound like a recreational activity at the mo.

But my Mom and Ronia essentially, like… hang out in Animal Crossing, spend time together, make each other presents, do special shirts depicting their real love for each other so that when one gets off the plane they are ensconced in a visual hug. It's also very cool anyway; Animal Crossing is as meticulous a rabbit hole as can be designed. It's an RPG where the "boss" is debt. It's about the possibility of building enduring economic safety - talk about a power fantasy. It would be cool even if it weren't softening the anguish of natural extroverts like my mother and daughter, who have a very serious problem under these conditions that I can barely conceive of.

Philip K. Dick wrote a book called The Three Stigmata Of Palmer Eldritch about an Earth so Doomed that people get drafted to leave it, but the place they're going is also bad, so they're given these dollhouses and weird drugs that let them project themselves inside there. I mention it for no particular reason.

Because it's what I feel like doing, I'll be jumping on a stream with Galadriel for more Motorsport Manager - coming into race four, things are beginning to take shape for Gabir Motors. But with Bao Tang taking up flying lessons and Nick Chu having found Jesus, will we see a lack of focus on the track? Tune in for today's episode.

I'll also be on stream AGAIN for tonight's episode of Acquisitions Incorporated: The "C" Team, which will see the newly founded Collections Agency come to grips with the Kafkaesque mystical bureaucracy of Spirata, City of Intrigue - which is to say it's a completely normal episode of the kind of show I run. We'll see you tonight at 4pm PST!