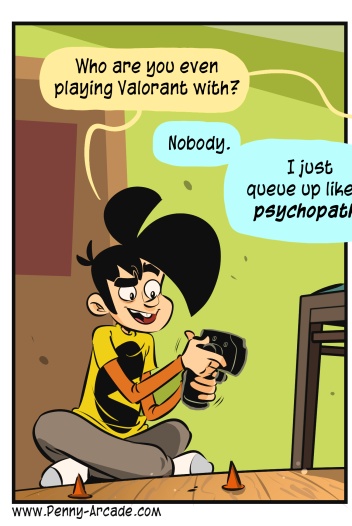 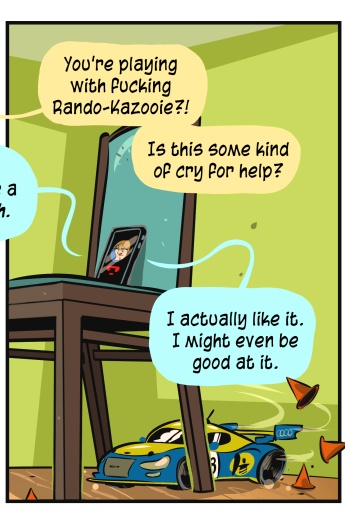 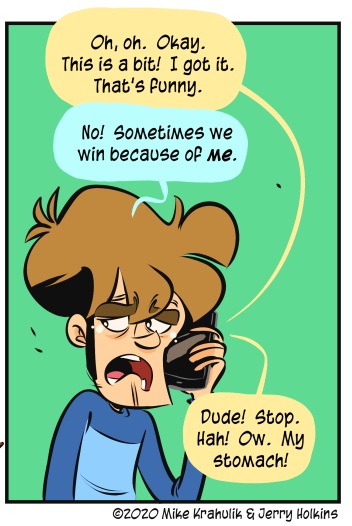 All true! It's all true. But we should keep our wits about us: it's really just an upgrade from "lethargy" to "several seconds, each round, of conscious activity." Even under this dilapidated rubric, I think the delta would still surprise you.

I didn't play Counter-Strike under my actual handle back in the day, because… It's weird. I literally play games differently under my real handle, and almost always worse. I didn't play League under it either - that was a game I "tried hard" at - so Valorant has inherited the Other Me, the one who kinda/sorta cares about shit.

I play much closer to the vest under Tycho, which is itself just another, different word I started associating myself with. I think there's the idea that the performance might accrue to me in some way, cling to the handle, and so I worry more about everything I do. It creates the opposite effect of the one it intends to. Not only is it less fun, just in general, it actively suppresses the kind of real-time awareness required to succeed in this context. This other dude hasn't internalized complex, self-defeating notions of what he's capable of. I generally think of myself as an item my friends equip, but they're probably better off with a teammate and the stats support this. In a game as lethal as this one is, it really only takes a fraction of a second's reaction time to win most duels. The level of mediocrity I taught myself to accept is profound.

Get your daily supply of Vitamin C with Acquisitions Incorporated: The "C" Team! Is that anything? Let's try it on. As is often the case, there's some kind of Ruckus our heroes have stirred up. That part is completely normal. Except now something hinted at during the fateful PAX East game - was that really only, like, a few weeks ago?! - has reared its ugly head. Or, it would rear it, if it had one. Join us tonight for two hours of blissful camaraderie caboosed to some deeply meshed metacommentary on our three year campaign. And don't forget! On the 29th, we will attempt - attempt! - to do a Musical Episode. Come see us on the stream at 4pm PST!