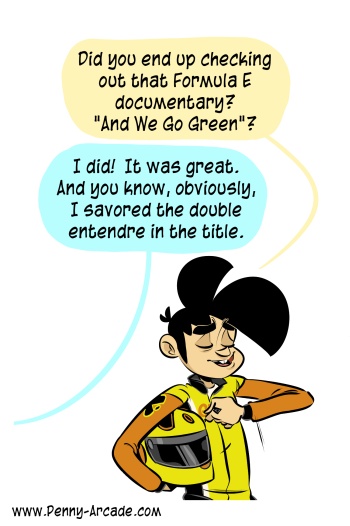 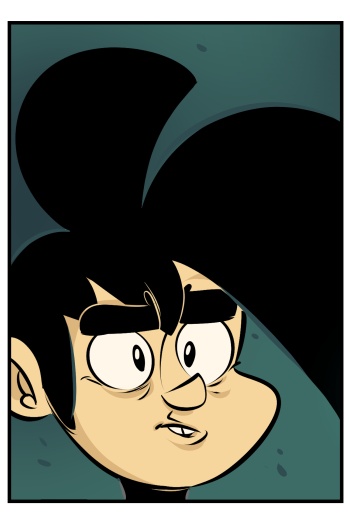 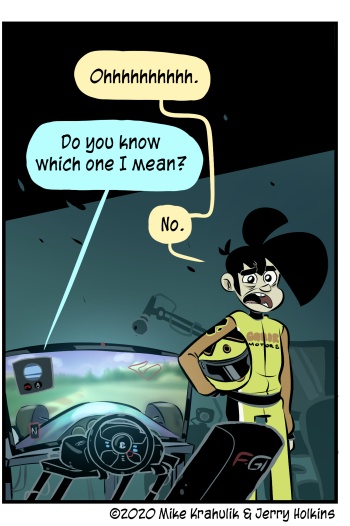 Even to newly hatched larva still trailing the strips of their casing, "Formula 1" is probably an understood term. It truns out there's a bunch of Formulas, though, and in aggregate they create the fraught competitive pathway to the apex of the sport. Then there's Formula E, which... I mean, it might be best to watch Hulu's "And We Go Green."

Formula E is just incredibly wacky by comparison, very Designed and Game-Like. You could, like... goose drivers' cars through social media? There's essentially a band of the track that's like a Mario Kart style boost strip? Modifying the software that controls the engine is part of your team's unique customization suite? They bring the generators they use for the power from place to place, ensuring it's created under the ethos of the league? They race on street tracks instead of traditional circuits?

Our friend Jeff from work watches football on something like three screens as I recall: a television, a laptop, and a tablet, all of which provide some immediacy on different bands of data, resulting in a more robust model of the game. Gabriel has just subscribed to an F1 service of some kind where you can go down into individual cars and hear what they're talking about during the race. I like to type "F1" into Google and then look at the free results that emerge. But Formula E is such a strange creature, with both middle fingers up to Tradition, that I kinda wanna see where this goes.