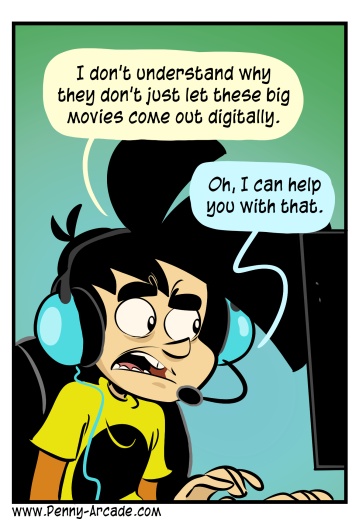 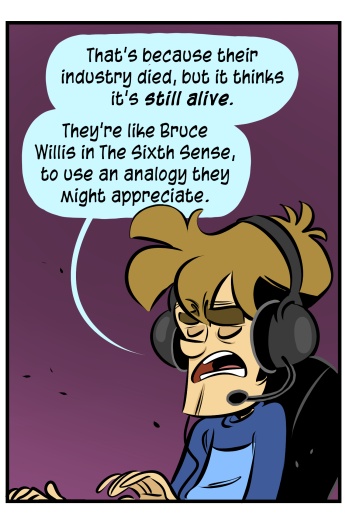 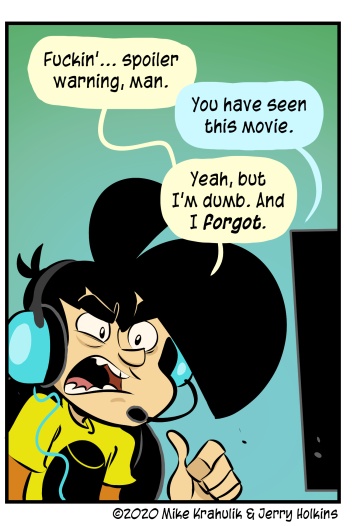 I read an article about some of the reasons movies aren't being released currently. There's a lot of finished ones I'd really like to see, chief among them Tenet, Wonder Woman 1984, and Black Widow. Two thirds of this list I can see being played in the literal living room for everybody in the house, and I expect purely from the trailer that Tenet is the kind of weirdo horseshit I'd be watching on a monitor with a cat at around eleven thirty at night.

There are a few different arguments out there about this, and there are linkages out from the core issue, but the issue is green and is called money. They don't spend a hundred million on these movies to make a hundred million bucks. They want to bust blocks. The article said that the main reason they are waiting is to get "a piece of the 42.5 billion global film industry." What industry? Which industry. What world are you describing? Because the one we live in doesn't generate that. Is this a number you found on a scroll? Did God tell you this number? This is how I feel about most of the reasons in the article. It's some very pattycake-type shit where we all need to clap very earnestly in order to keep a fairy alive.  The world changed.  Fucking live in it.

There is a very funny video (in my opinion) of David Lynch talking about how watching a movie on your phone isn't the same as actually seeing the movie. I'm willing to entertain certain aspects of this; I don't know everything. And I also listen to a person who makes stuff when it comes to the context they created the content for. And I can do that while saying none of that connects in any way to the world our inheritors are growing up in. This framework wouldn't even warrant an OK Boomer. They wouldn't even look up from their demonic hell phones.

Yes, it's all about money; that part barely needs to be said. But where its truths manifest here is novel: for example, the streaming portion of a film's life has a different split than the theatrical release - so aside from the fact that they'll make less money, they're gonna make less of the less money. They should be making digital only cuts of these films, now, with the Director's Cut ready to go for the Next World in the After-Times when I would even consider sitting next to a stranger. They should be releasing these things as part of their service to America, and not just to fill these bleak hours, but to give us something real and material we can use to tell one day from the next.