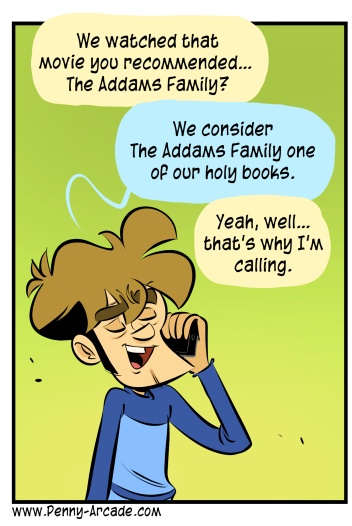 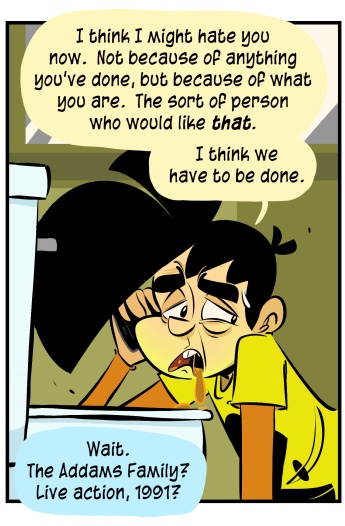 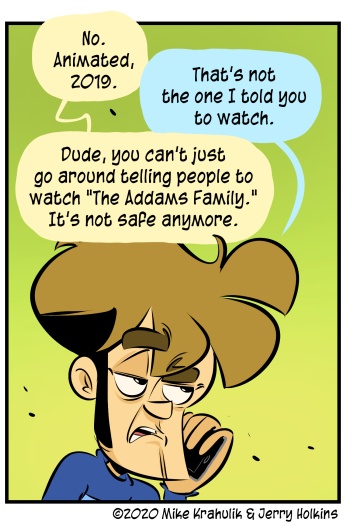 Gabriel and I agree on a specific band of media - imagine that this represents the middle line in the "tug of war," where victors are crown'd - and are constantly trying to haul the other toward their particular, contradictory brand of enlightenment.

He told me My Spy was good. I'm not sure I need to say much else.

Occasionally we will try and expose our shrieking grubs to movies we liked, and for some reason - potentially its incredible quality - The Addams Family is something they now request on their own, to watch again. It's a weirdly cool team behind it, literally too many amazing talents to name, but Tim Burton collaborator Caroline Thompson manufactured an unrelenting, continuous track gallows humor engine of a script that gets up incredibly early in the morning and goes to bed much later than you'd expect, given the previous metaphor. Indeed, it was this movie that I recommended to Gabe, also recommending the sequel, because if you can give a person four hours of respite under the conditions we find ourselves in you've offered them something of material value. Startlingly, he took my advice, which almost never happens, but he watched the wrong Addams Family movie, and somehow it still remained my fault.