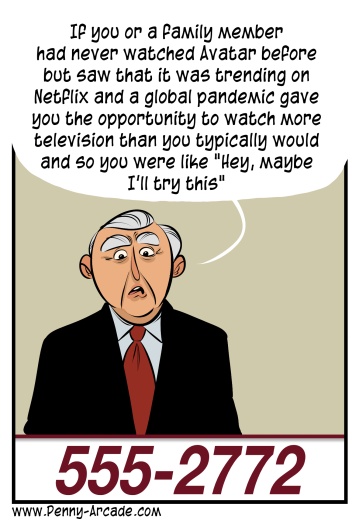 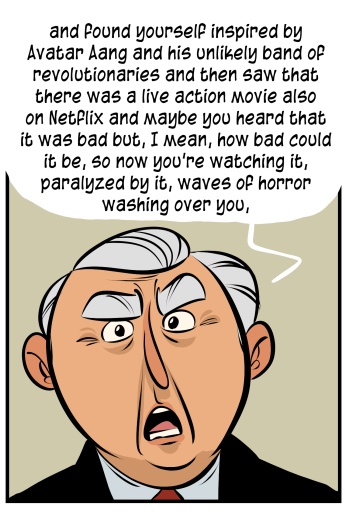 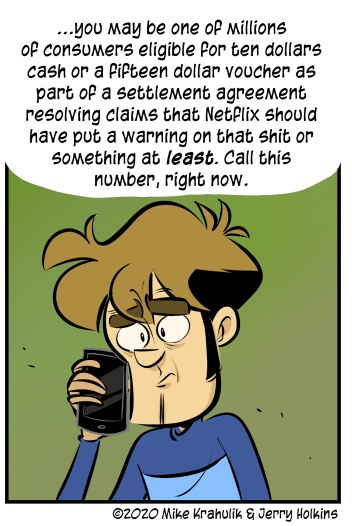 Recently we "hatewatched" the Percy Jackson movies, though... hatewatch may be too strong a term. It wasn't like a Two-Minutes Hate type thing. We didn't all stand up at the same time and yell at the teevee. Let us say that we as a family watched these films with minimal charity. But we extracted all sorts of novel ironies, disparities between the films, the books, and the myths they were inspired by. If you really, really watch a movie as close as you can with four other people, any one of which can pause the film at any time and unburden themselves, it might take you three nights to watch a movie this way and it did. We digested the film, in the manner of a python.

One of the reasons we finished Avatar: The Last Airbender as quick as we did, other than the fact that it is weirdly good, was that we had it in mind to do the same thing to that movie. The Last Airbender is recognized as having, uh, not been, you know, good, in the classic sense. We queued it up once the pizza arrived, licking our rhetorical chops.

In practice, it was impossible even to satirize. It's just… weird. Things were different than the source material but not for any kind of reason we could discern - wrong in a petty way, wrong when doing it right seems like it might have been easier. It was just confusing. We choked it down because we weren't going to be bested by this thing. When it was over, I hugged them. I'm not sure you can make children watch something like this and retain your alignment.