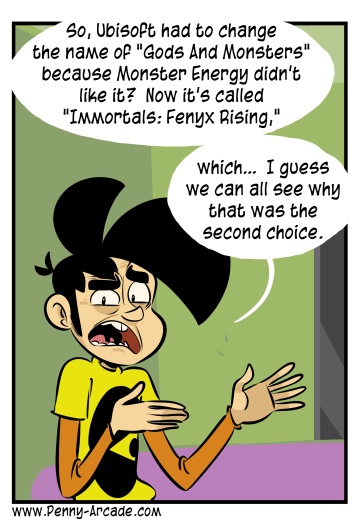 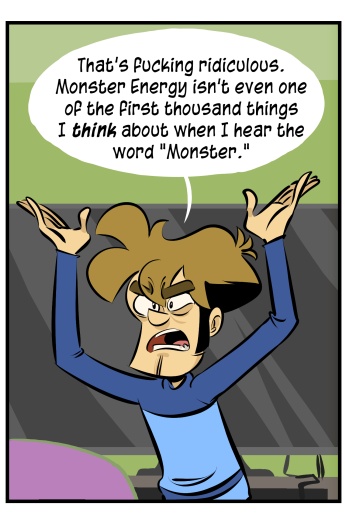 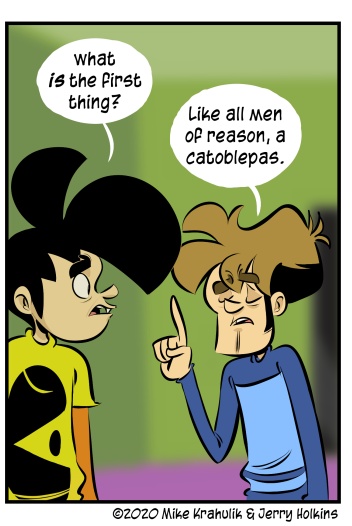 Monster Energy is a company that makes hummingbird food, and they are under the impression that this grants them primacy over a term whose etymological loam is Latin, causing them to spasmodically whip and gnash at completely reasonable uses of the word like Ubisoft's Gods and Monsters. Ubi did change the name, saying it was a creative decision, but it's hard to imagine an undisturbed creative process that results in the only name more pale and derivative than Gods And Monsters.

I think this game actually looks cool. Gods and Monsters isn't the best name, but individually, these categories have been doing work for centuries. Immortals: Fenyx Rising sounds like a game you would get from CD in a case of Surge in the late nineties. Like on some Acclaim type shit.

I lived through this era, so I can tell you: the above is documentary footage.

PAX Online continues apace, with four more days of twenty-four hour community shenanigans. All times are in PDT, and all channels are twitch/pax unless otherwise noted.