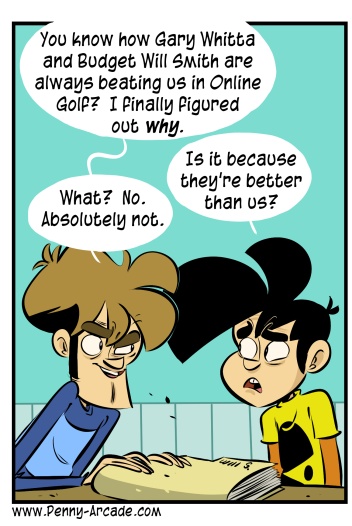 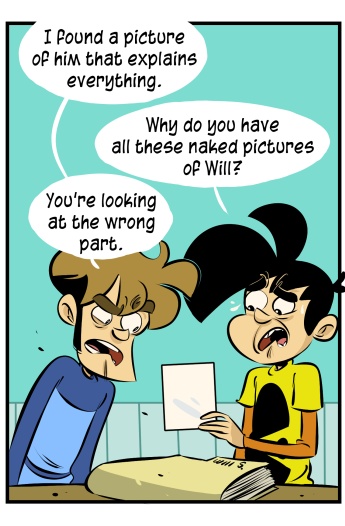 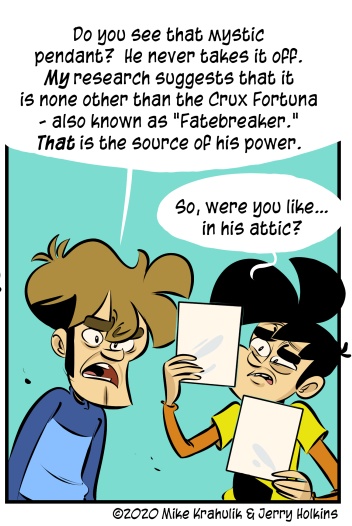 Of course, I sent this strip to Will before we posted it. He liked it and may even have been touched, independent of its horrors.

I started goofing around on stream myself, aided by a slick "Jabir Motors" overlay by Dabe with a CSS assist by our technomancer Mike Buland in order to make Adobe's "Acumin" font play nice. Part of the reason I did it was because it was deeply ridiculous, always a solid foundation. But I also did it because I keep having The Yips, and at least part of that yippery has to do with being observed while I am in the state and I have to become inured to it.  I'm so averse to competition generally that when I find something I actually want to test myself at, I have to learn a bunch of things that I assume are just normal information for other people: namely, that my body is only loosely reined to my mind, that at best my mind can offer helpful suggestions to a recalcitrant side of distant beef. I feel like "I" am trying to introduce these two at a party, and it's not going well. It's like… Beef, this is Cognition. Yeah, I know, Beef! It's crazy you two have never met. Why haven't I introduced you before? Oh, probably because you're fundamentally inimical to each other in a way that was always bound to make you nemeses.

Ultimately, I've considered it, and I think I prefer winning to losing. It's a near thing, though. There's nothing, not even winning, that is as rewarding in a brain-chemical way as the failed attempt that proves a worked-upon theory. And whenever we can get that quad together, Gary, Will, Mike, and I, I've never emerged from it without extracting something worthwhile.

That is how a person like me says "they had fun."

But there's no fun to be had in this afternoon's Motorsports Manager excursion, no sir. There is only the melange of Speed and Danger when Enrique Lara and Hong Liao take to the grid. Come spend some quality time with us behind the scenes and on Race Day in today's high voltage streem.