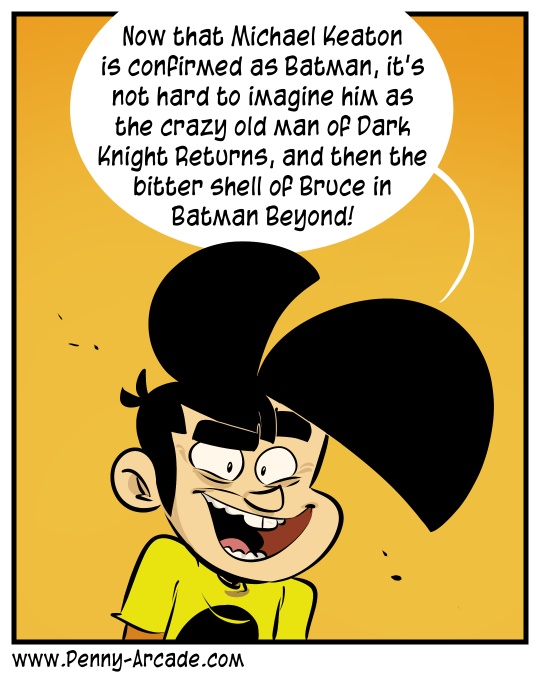 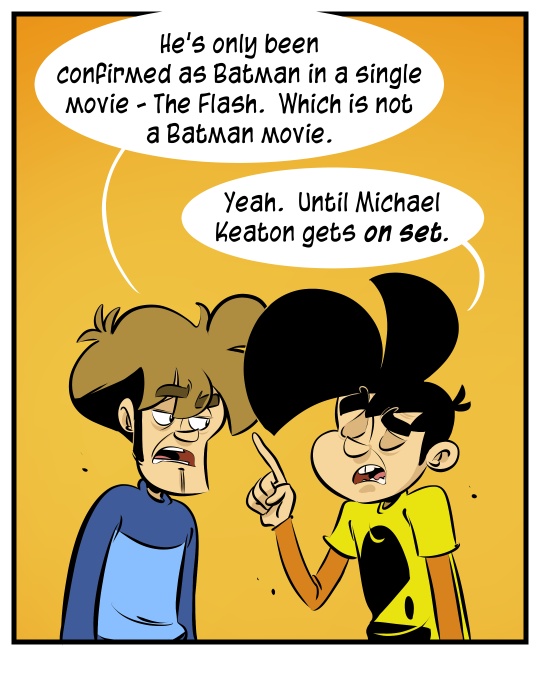 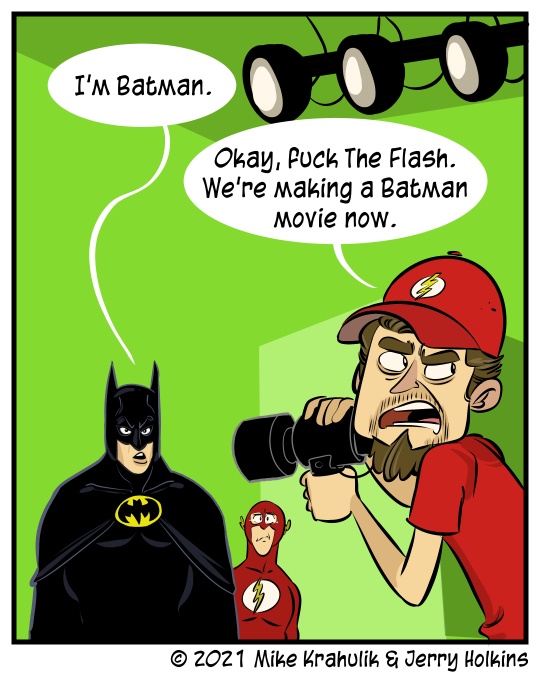 Michael Keaton returning to the role of Batman after passing through a metaphorical looking glass in Birdman is almost too much. Like so, so much now, the arc feels written. There's an unsettling level of symmetry I would say generally but specifically here. I don't know how many times art has to imitate life has to imitate art before we understand that these things are just synonymous. If you ever wonder why people want desperately to control art, it's because consciously or unconsciously this is a recognized phenomenon.

I didn't know until today that Ben Affleck was also going to be in it; The Flash often gets into parallel universe shit, so knowing that, it's possible Keaton manifesting in the movie will be like honoring Lynda Carter in WW84 - a fun nod. But they'd be silly not to investigate it. WB doesn't really seem to have what it takes to manufacture the Marvel Cinematic Universe they covet, but I think we could all be pretty happy if they just made a bunch of good movies that look into it in ways that level of control doesn't allow, expanding where necessary. Joker is a good model.