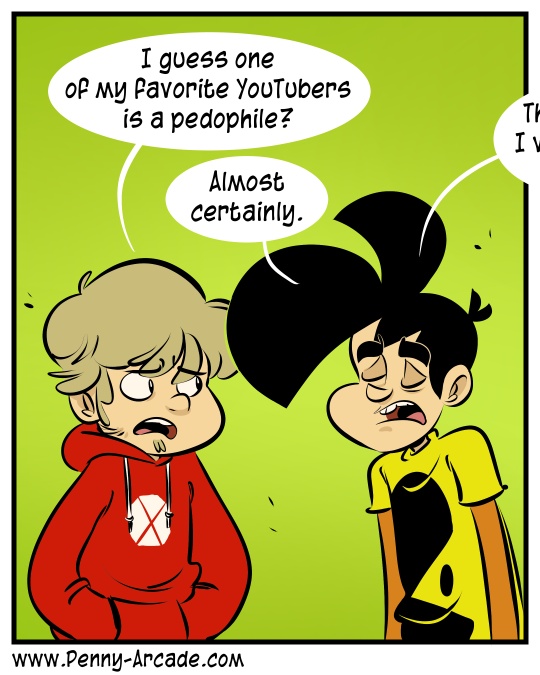 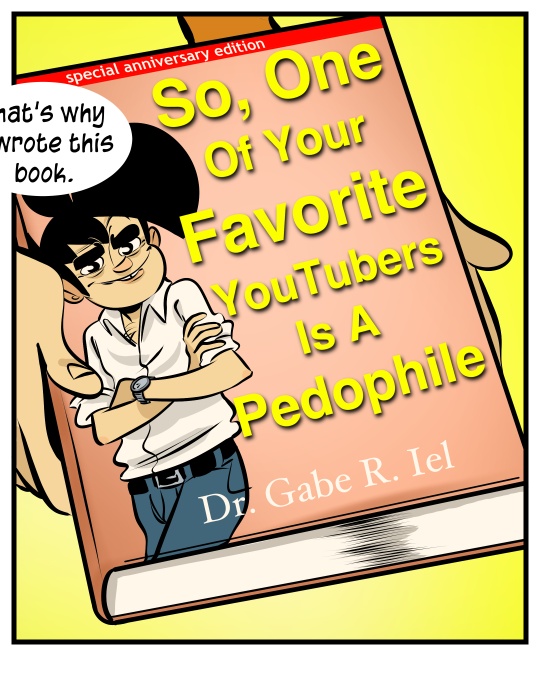 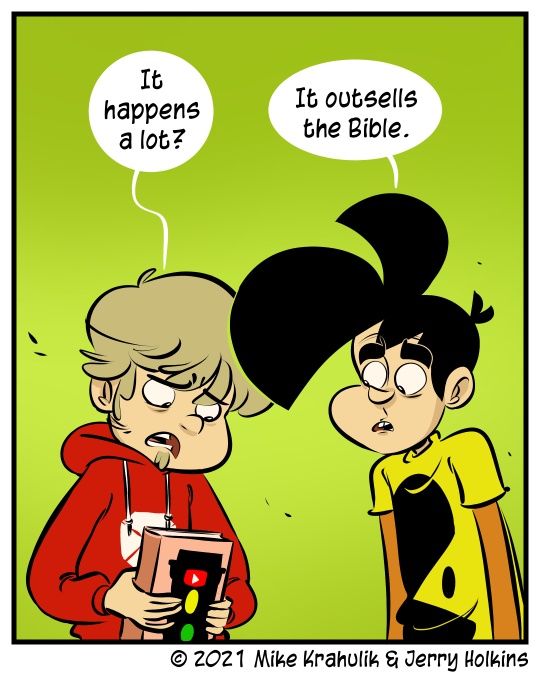 I'm not even sure which one it's said to be exactly, I would have to ask in more detail and my eldest definitely did not want to discuss it at length. They were clearly in pain; it was that admixture of shame and indignation that arises from reckonings of this kind, the call to action set against someone your psychological reward structure tells you is an ally. They've… lost a friend, essentially, in a way that feels absolutely real. I grew up with online services, even before the Internet; the c64 service Quantum Link, progenitor of AOL, was something like access to the astral plane. My mother had to contend with the twin scourges of Rap and Heavy Metal, but the parenting environment I've inherited is one where amiable phantoms waft in and out of your children's lives and occasionally they are revealed to be rapists.

We are changing topics.

The reason I don't hold forth on politics isn't because I think it will hurt my business or something. It's okay if someone thinks that; very few people actually know me, by design. There's a couple reasons I don't generally do so. The main one is that I don't have the kind of opinion about myself that says "you have such robust, meaningful positions on matters of import that you simply must be heard." The character I play, the Smug Intellectual, is just that. I became known by accident at the dawning of the consumer internet, and I'm mostly here to show off my word collection. I'm comfortable saying you should generally scroll past me, and I would be ashamed to offer myself as a source of wisdom or a model for emulation. But let me tell you something I haven't done: I haven't tried to lead an insurrectionist movement in the United States. So, maybe I'm better than at least one motherfucker.

Here is my position, to the extent that anybody wants it: I think that if you start calling fundamental democratic norms into question, and then literally foment a Goddamn rebellion, you've entered into such profoundly fuck you territory that the response must be absolute - unless we want to set our watches by this kind of shit. It's an attack on such fundamental social machinery that the person responsible for it needs to be extracted from power itself. Now. Because if there aren't consequences for this, actual consequences, and frameworks put in place to inoculate our government from it then we're governed by a kind of circus. Otherwise, Donald Trump is just a quirky member of some elite club, alternately a clown or a devil, as opposed to someone gnawing at the roots of the tree that holds the nation up. Everybody I know is running as hard as they can just to stand still. It would be a profound comfort to know there was such a thing as Law.