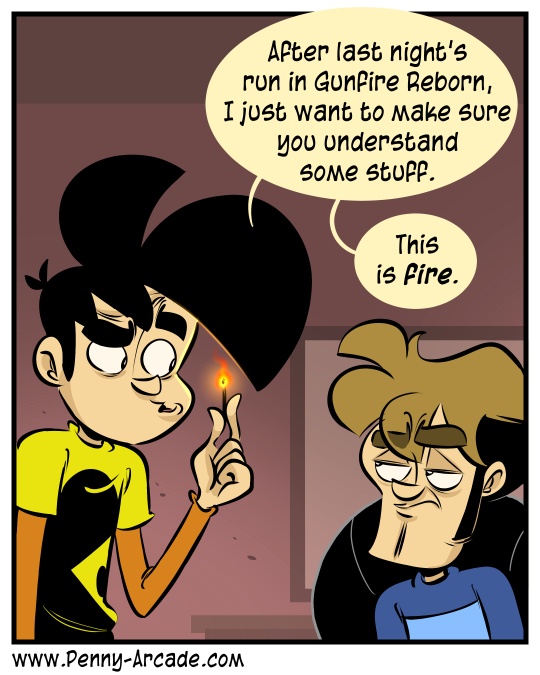 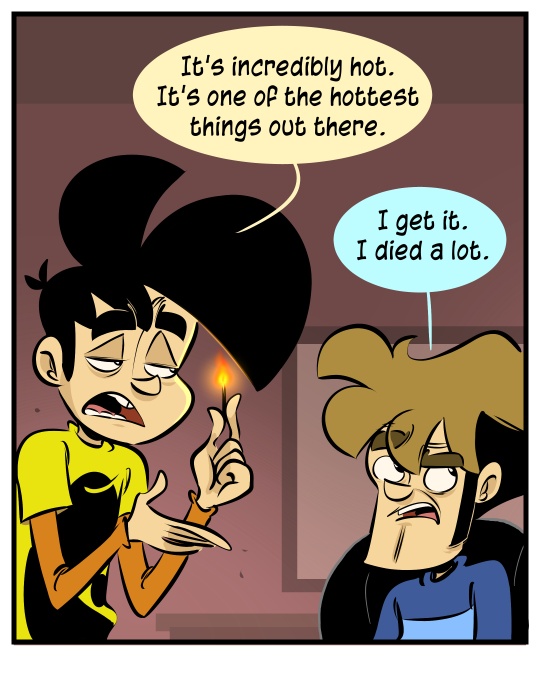 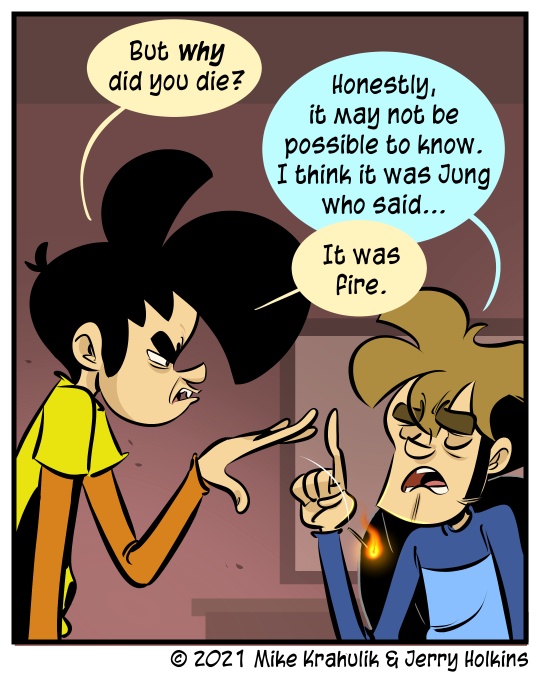 There was an issue a couple nights ago that involved me alt-tabbing out of Gunfire Reborn to type a skeletal version of today's strip into the doc. It was a fire-related scenario - the details aren't important now. And, ultimately, I think I'll be exonerated. The deeper you look, I think you'll find that mythic substrates were in play, and it's like (gestures wildly) you know what I mean?

You know that feeling of playing a new Freemium game - that first part, where the game is at its most felicitous, most inviting, its most exciting? A kaleidoscope of brain rewards gently, gently revolving? The part where they set the fucking hook in your cheek, right before they do that little song and dance where they give you just enough Real Currency to use the store? That's how Gunfire Reborn feels. And it never stops feeling like that. Plus it's twelve fucking dollars and supports four players in co-op.

You'll recognize the dynamics immediately, because it exists in the same field so many others are tilling - your Hades type games, Risk of Rain 2, all that kinda shit. Hades is an isometric brawler and Risk of Rain 2 is a third person shooter. Gunfire Reborn takes up this banner for first person shooters, and the moment to moment feel of the gunplay is what elevates it. Our friend Jeff Kalles who works with us used to work over at Nintendo, and he always told a story that Gabe and I think about a lot. Jeff says that when they were being pitched stuff, they wanted to see the most elemental form of it - just a bunch of grey blocks. If it was fun as a bunch of grey blocks, that's when they got interested. That's when they might think about what IP might be a good fit. Gunfire Reborn would be fun as a bunch of grey blocks.

There is a persistent metagame of incremental upgrades you earn through the aggregation of resources during individual runs. You already know about this sort of shit. The run itself sees you crafting a build from three character specific "Ascension" trees - currently, there are three you can earn and play - and if it's okay with you, I'd rather you discover what makes them different on your own. Gabriel likes to get in their faces, so there's a guy - well, bird - for him, while the remaining three of us have found enough richness in the first fuckin' cat to support unique playstyles. You also get scrolls, novel tweaks to the games' systems, and just like the guns these can generally be dropped and shared. That's correct: there is a deckbuilder inside the co-op shooter roguelite. Yeah.

Outside of Cards Games - digital CCGs like Mythgard or Roguelite Deckbuilders, which Mega Crit's Slay The Spire has goaded into something something like a Golden Age - when I look at games on Steam, if they say Single Player generally that's a dealbreaker for me right now. The games I buy and play are the only places it's really safe to be with other people right now. That's where I'm putting my time. And this twelve dollar game is taking all of it. This year the developer says we should see it on all phones and consoles, and this is yet another game the Switch is going to be the natural home for.