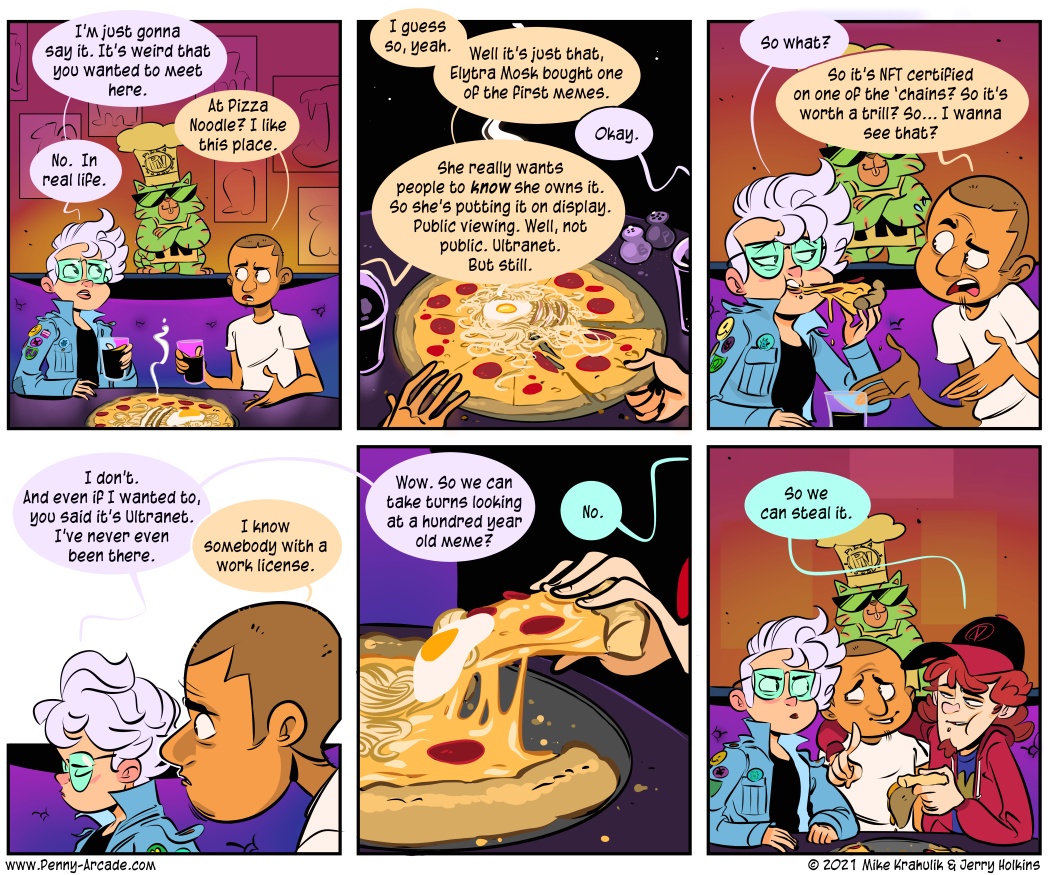 It's been a while since we put out something pitchy; some of our most enduring stuff - like the Eyrewood, or Automata - was the result of this kind of exploration but we haven't had a lot of time to do that for a bit. I'm not even sure we had time to do it today! But we did take it.

Also, the truly nutballs idea doesn't even show up in this introduction. Monday's strip is about Magic: Legends, which seems like it might actually be cool? But I'd be surprised if we didn't come back to this soon if for no other reason than to actually detail the hook we were excited about when we came up with the whole thing.

Gabir Motors - proud member of the Dragon Race Team China family of motorsport brands - had a rough time of it in Saudi Arabia, almost as rough as the track, which was essentially a red hot strip of industrial cheese graters. Poor tire management devoured any hopes that our drivers' excellent performance might have offered the organization, which lead to low attendance at the afterparty and several room temperature discs of untouched queso. But we've cracked open the Book of Tio, engaged in a week-long juice cleanse to scour out any unwelcome spirits, and it's time to get into the last two races of the season at 2pm over on Twitch. The time is fast approaching, which… honestly? That's on brand for cars. 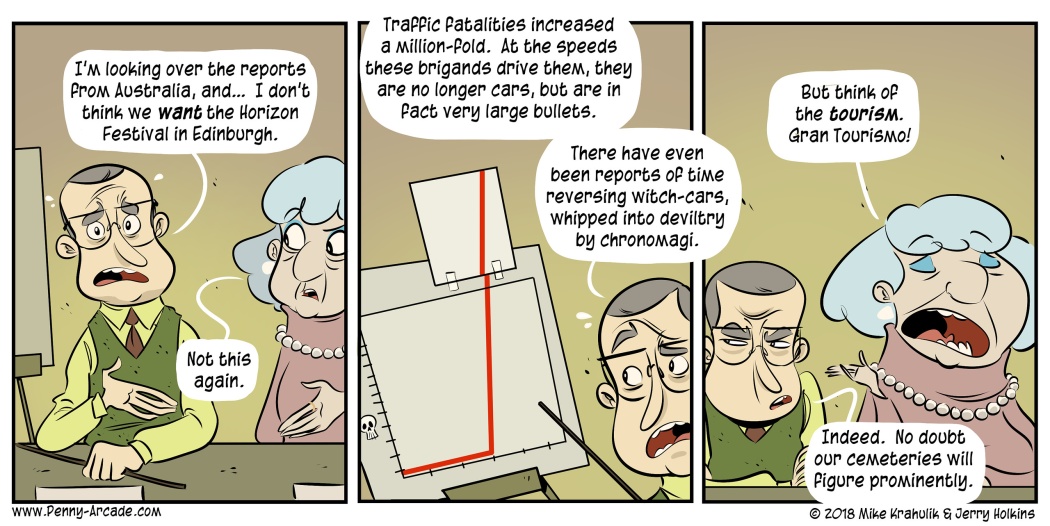