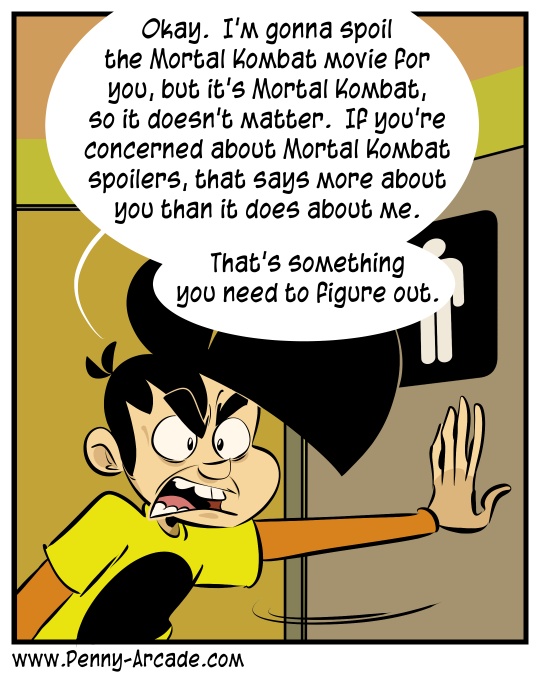 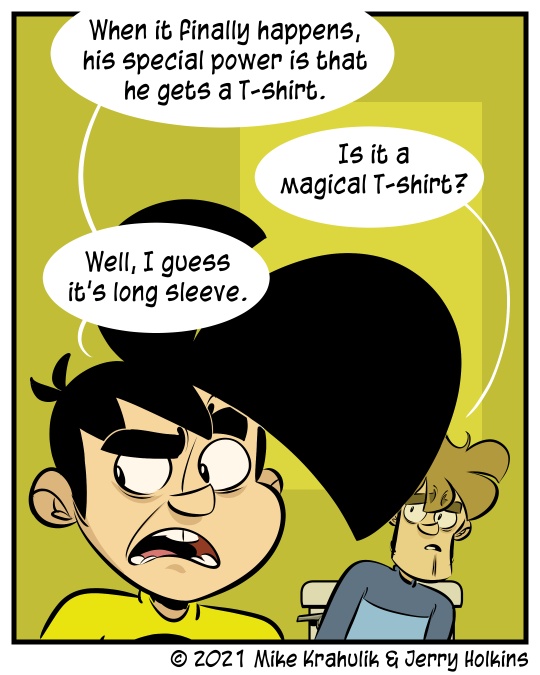 We left this one in the writing doc for a couple weeks so that by the time we did it, any sting from the spoiler content would be minimized. The strip also has a perspective on the Sting Itself! It's a robust document.

The only scenario under which a movie like Mortal Kombat could be released and not immediately cast into the lake of fire, and I recognize that this is unlikely bordering on the darkly surreal, is if the globe were plunged into isolated dissolution by let's say a once in a century plague that kept people indoors and made movie theatres functionally illegal.  It's bloodless - not without blood in the visual space obviously but without life, more of a definition three type deal. I've seen a couple movies like this over the past year that make me wonder if movies are okay.

Onward: Gary Whitta is bad! That's the takeaway. And playing golf against him 1v1 on Twitch at 2pm PDT is going to improve matters generally - you might even see the effects in your own life. It's not really a complete philosophy, but it's one I've found great success with. It's starting to look like Will's Wednesday schedule may have shifted permanently, so I gotta try to figure out when the best time to maintain this storied rivalry is gonna be. I'll keep you posted. 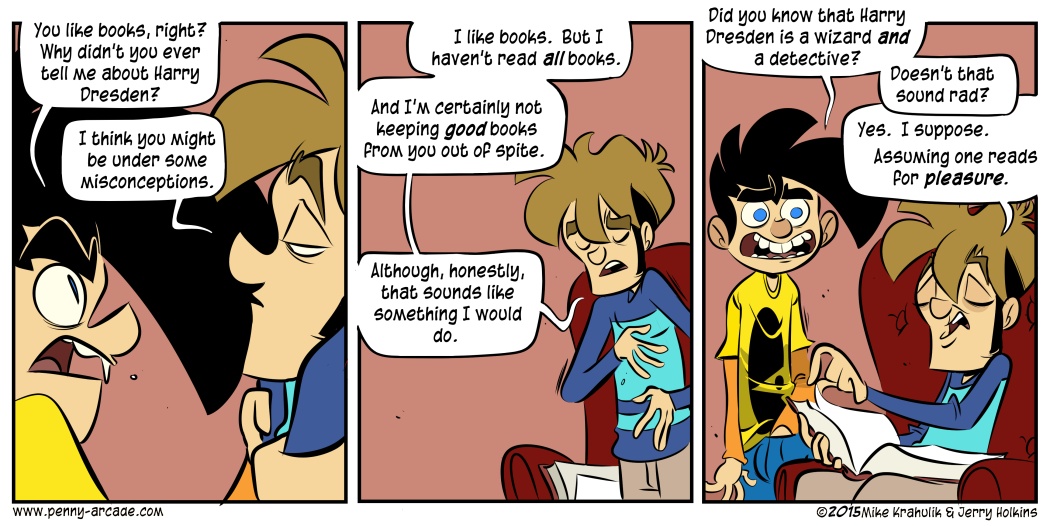