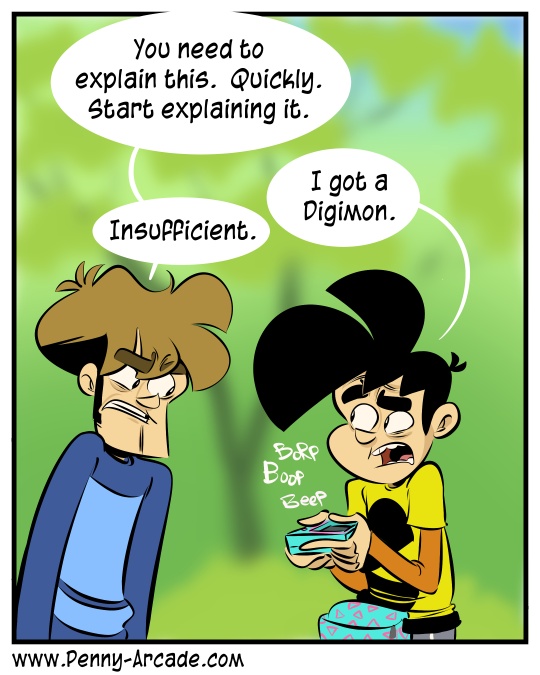 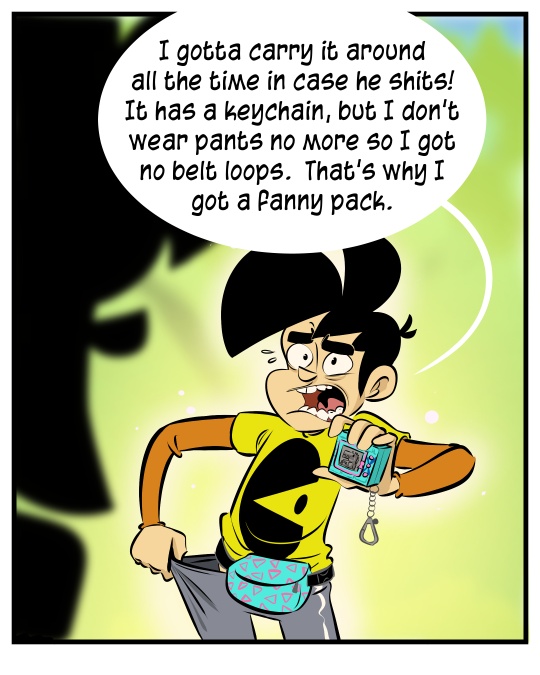 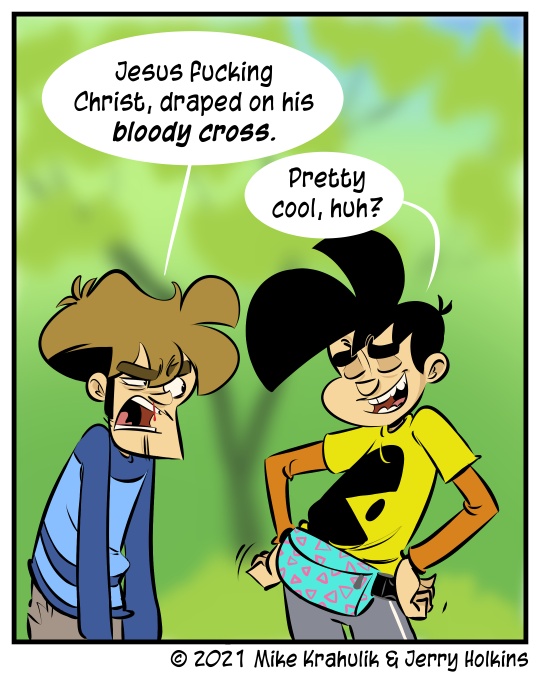 Alright, so: let's go down the list of fascinations Gabriel has undertaken during The Plague Years.

I grabbed one of the new Digimon X devices just for kicks and it’s pretty cool. I never did the virtual pet thing in the 90’s but so far I’ve kept this little bastard alive for three days. pic.twitter.com/rFaXj6f8R8

Look at that thing. Have they changed this device at all?! It looks like something you might extract from a time capsule. We're at the point now where Bandai Namco extracts something like ninety percent of his entertainment dollar. Last I saw, he was suggesting people come battle him "at the mal;."

I'm still out, theoretically, but! If the poll on Gabe's Twittre is anything to go by, he might be checking out Pokemon UNITE, that surprise MOBA thing? Statistically it would be that, but the other way it could go is with Monster Hunter Stories 2, which is also pretty cool. In any event, he'll bewarming up the stream at around 2pm for your edification slash enjoyment.