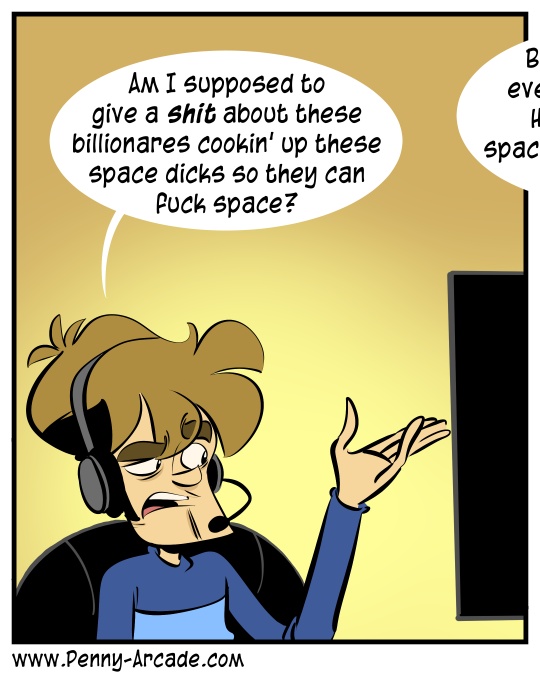 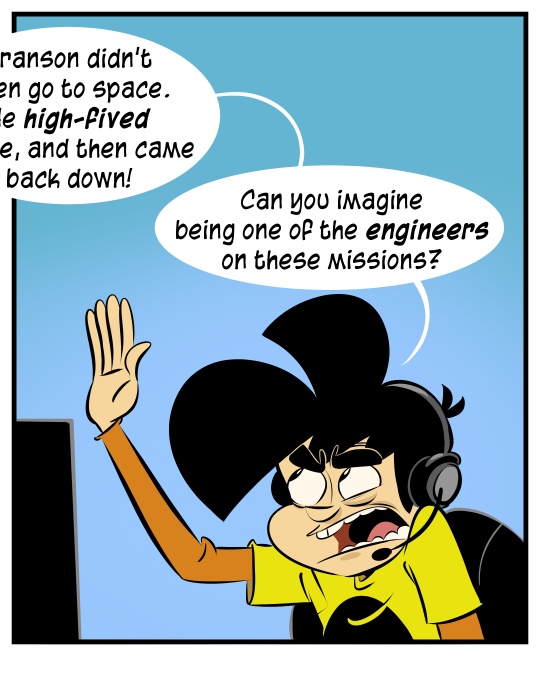 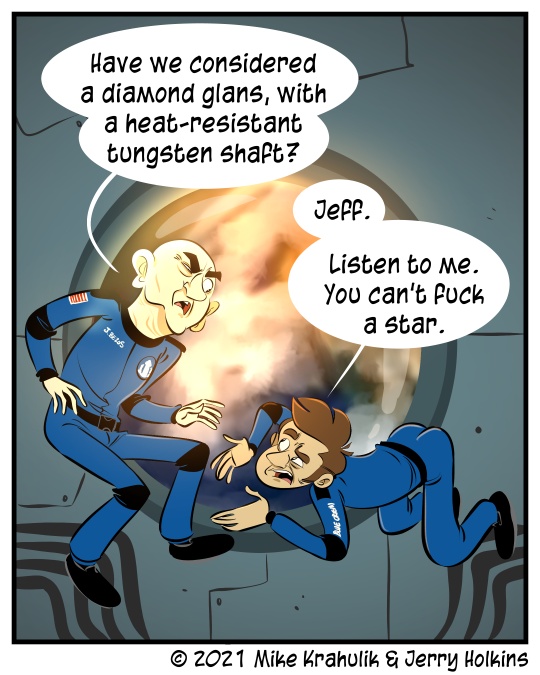 This space shit is the most thoroughly dunked phenomenon; it comes pre-dunked, in the package. Dunk runs off it, down your arm, until it pools and drips from your elbow.

They've managed to make space boring. And then, in the manner of a Moses returning from Mount Sinai, Bezos has returned to these benighted shores with a moral framework around something called "civility" with some tactically deployed love bombs to inoculate them from criticism. When you start talking about this shit, there's an inbuilt Greek chorus of people to chew on your ankle because you were critical in any way of their demigod - their liege lord has won business and is thus proven supreme. Don't look too close at that success! It's rude.

If you dwell in this continuum, I've already entertained your position. I understand it well: we live among leviathans, we might as well choose one to serve. Nevermind that our leaders' intense allergy to governing created them - they're here, and maybe they can be placated with the right symbols or rituals. I can't argue with its practicality. Try my read: this is a neo-cyberpapacy buying its own indulgences. I'm gonna feel any way I want to feel about it.