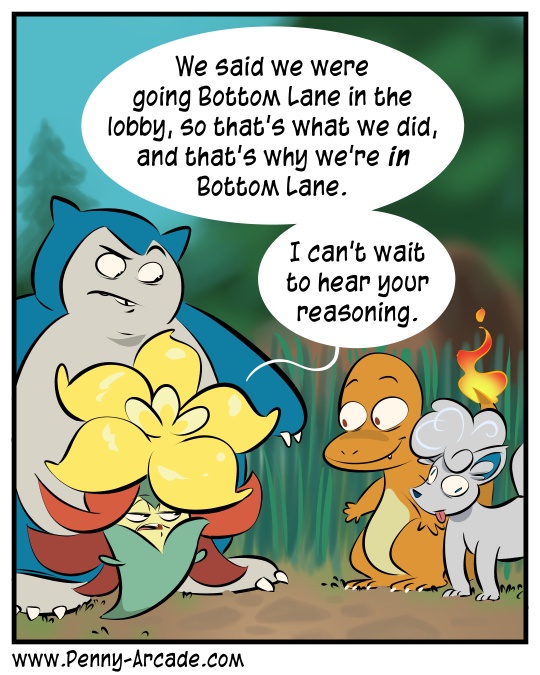 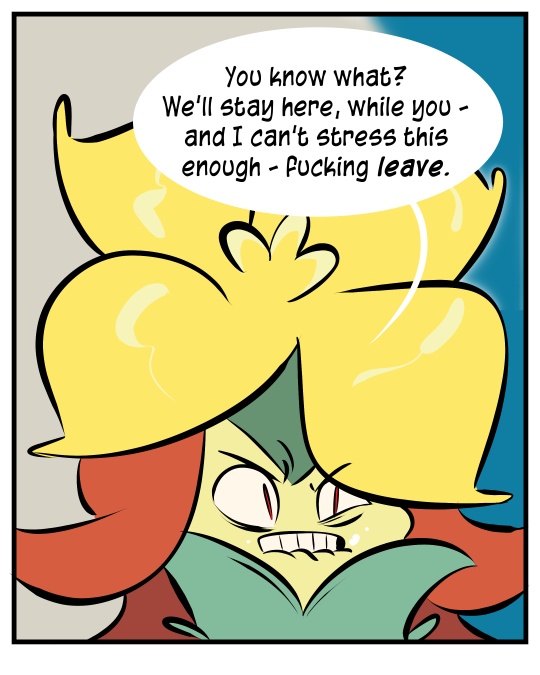 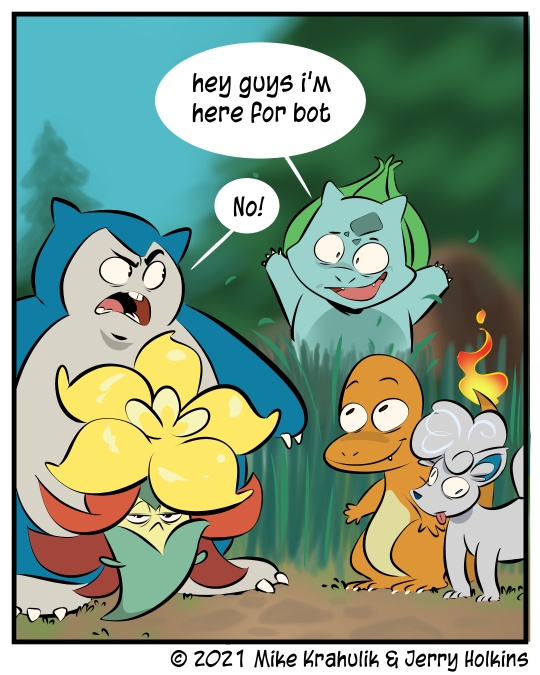 We've been playing a lot of Unite, enough to have an opinion on it when motherfuckers skirt the social order. We made a joke in the lobby that it was gonna be us and everybody else in Bot Lane, but then it happened for really reals so I had to make note of it in the script doc.

Even if Unite gives you tools to communicate it, and even if you use those tools, the game doesn't really drill in MOBA basics to every player. So I'm not actually mad if there's a party in my lane, and even if I were, it would be of short duration. A full game is ten minutes! I don't need them to go all the way back and be, like, "So, there was, like, this mod?" or something, but I don't think that concepts like Jungling or even lane assignments are quite as universally understood by the majority of those who would be drawn to a Pokemon game. At this point I just want enough people with enough interest over their three stated platforms to support the addition of a functional, responsive menu system. That's sorta where my head is at. Then again, if they have the first thing, they'll probably just think they don't need to do the second. Hm.

(Purely for trivia purposes, that's my Gossifleur and that's his Snorlax. There are Pokemon considered higher tier as support, but they're a little more technical and Eldegoss just works. Plus, I had it already...?)

Dabe emerged in his final form today, with his "streamer tees" you can see below, modeled by some bartenders he knows in Fremont (he tells me). And it checks out - they look like the kind of cool people Dabe would know. You should hit the store and get real close to the designs because there's a bunch of nice touches.  Check out the line, in either of its powerful Unisex or Women's Rolled Cuff variants: 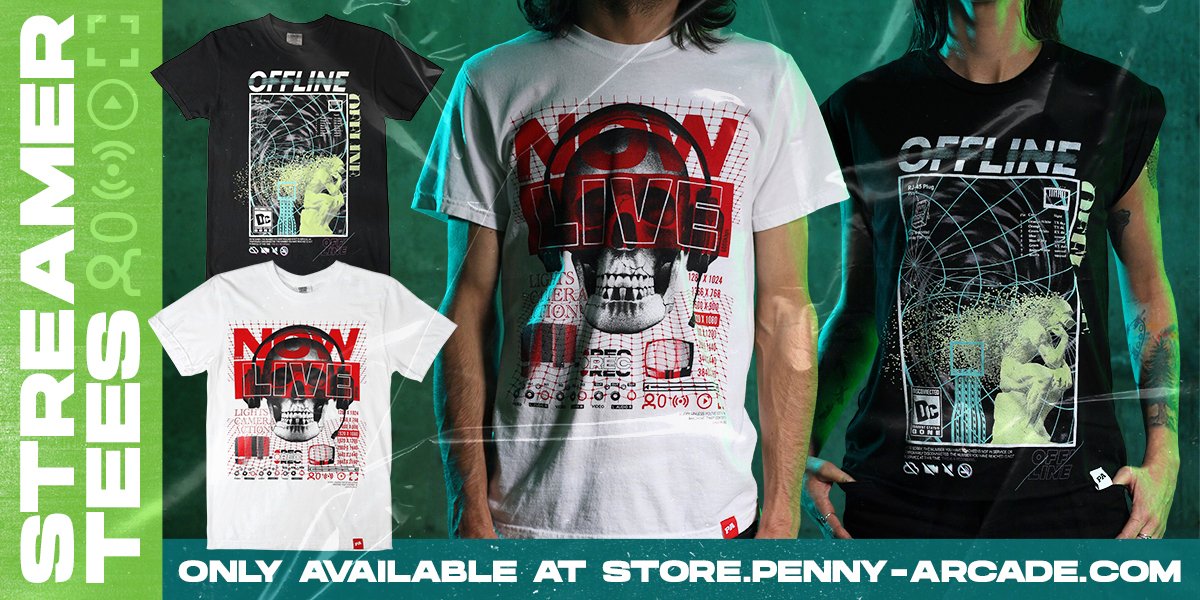 Returning briefly to Pokemon (ahem) UNITE in all caps, our fascination with it is such that it will be taking over Friday afternoon's stream and we are powerless to stop it. Watch two men twist and writhe beneath the freemium scourge at 2pm PDT - only on Twitch. 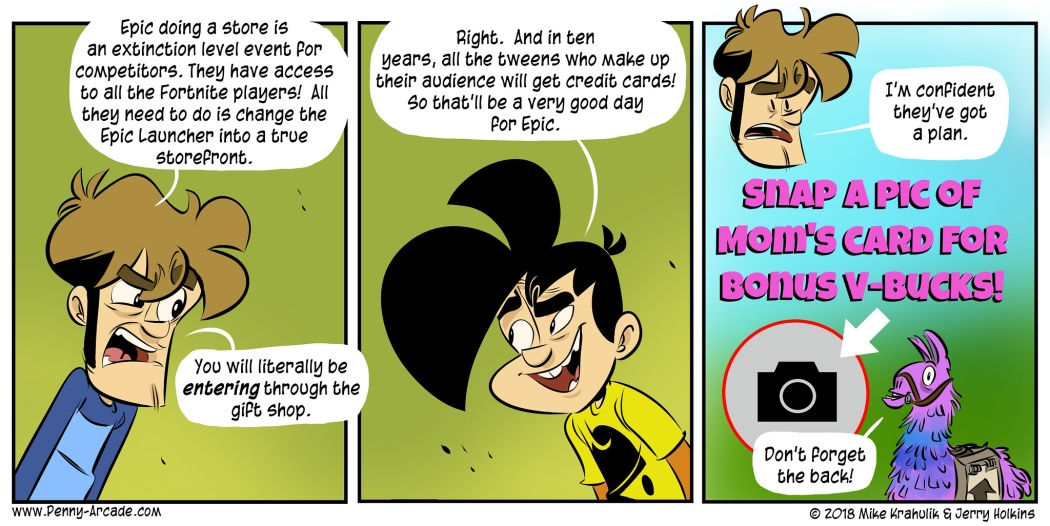