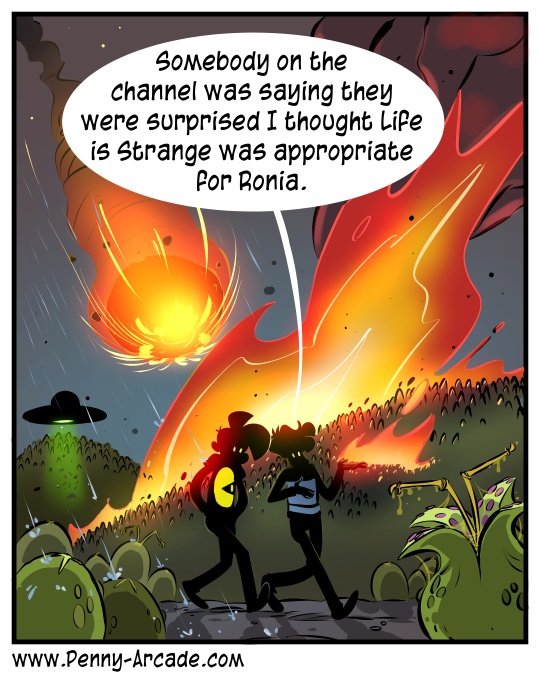 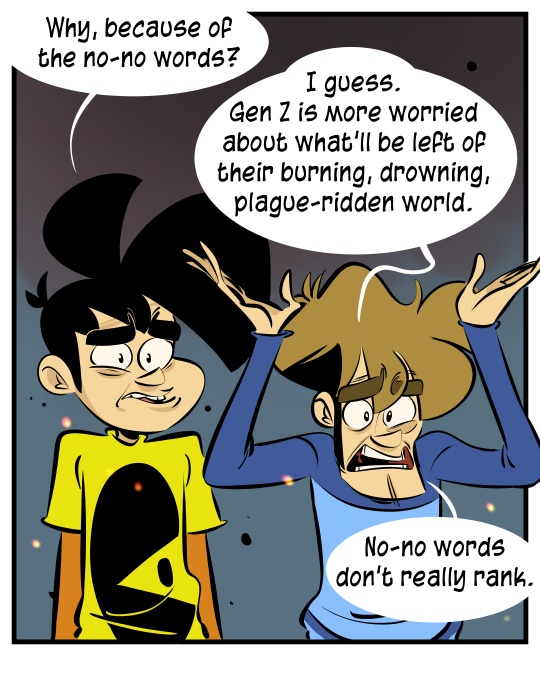 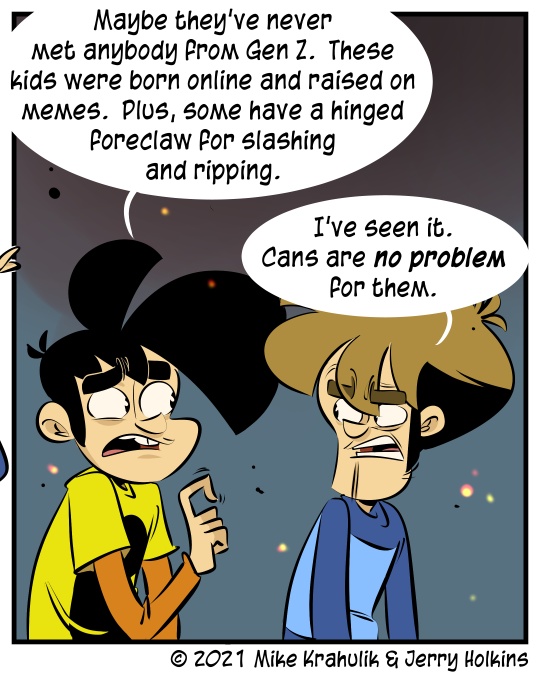 What kids in the house watch on their own time is fairly constrained, but what we watch when we're together might be a little broader than what's considered normal. For example, Derry Girls is probably the piece of media most prized by our clan, and it's replete with filthy language, blasphemy, and references to the sort of intimate congress that - despite its apparently scandalous nature - produced every human being on Earth. Because of the way they experience the world, with unrelenting immediacy, I honestly don't even know if you could show them a piece of media they'd recognize as true if it weren't Rated R.

"Swearing," Oaths of the classic variety, are so commonplace in the culture they're steeped in that I might remark on a particularly novel usage thereof but as a generality they're aware that these words aren't for use in the house and are tied to specific contexts. Beyond that, I think saying a no-no word is one of the safest forms of rebellion there is. I just don't care about this shit. And neither do they, really.

Behold! For tonight, we're playing Dungeons & Dragons. I, your humble Dungeon Master, will twiddle the knobs of a wholly invented universe while my friends attempt to break it. We call it Acquisitions Incorporated: The "C" Team, and it's something like a dark office comedy that takes place on multiple planes of existence. We've been playing it for about four years, and of course it's based on something we've been playing for more than a decade, so it might take you a little bit to catch up. That said, if you've been with us for a while, we're back up to our old shenanigans with the Classic "C" Team characters tonight, so do stop by at 4pm PDT - only on Twanch.