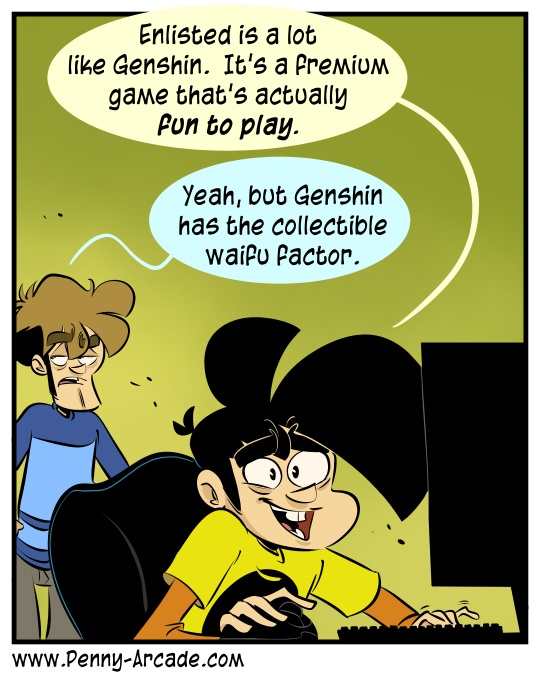 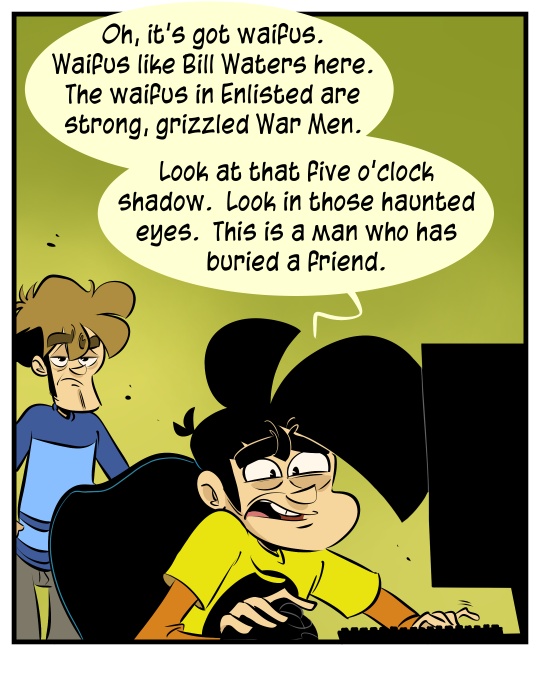 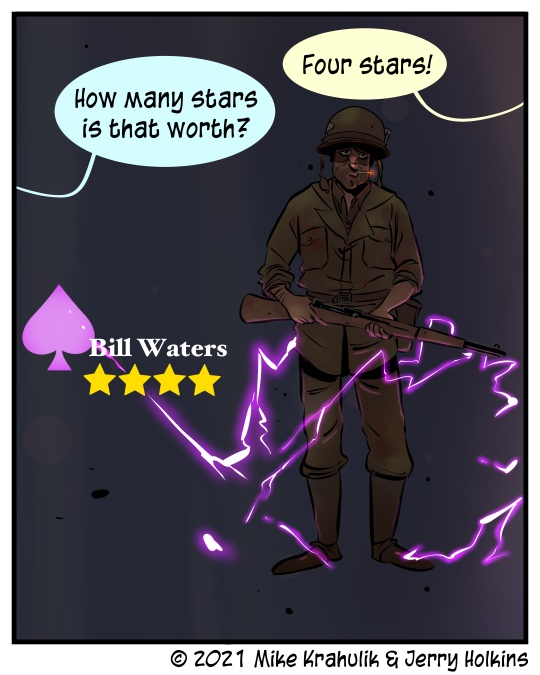 When Gabriel gets into something, every molecule of his being is bent toward it. So, if he's curious about World War, he's reading books and watching documentaries and playing games also. Gabriel ended up taking a detour out of Battlefield V over to Enlisted, a freemium excursion in a similar vein, with a few novel twists.

The main shift reminded me of World of Tanks a little bit, a game I keep up with even if I'm not always an active player just because it's really scary and cool to play. Sometimes, in the vein of F2P, World of Tanks will try to manipulate me somehow into purchasing different "tiers" of tanks, but I literally have no idea what any of those systems are even about. I'm serious. I assume that a higher tier is better than a lower tier, but I don't even know that. If you die in a game, though, the tank you were using is out of commission for a little while. Because that's a game where you typically die once and you're out, it matters a lot. In Enlisted, outside of a particular mode, you don't spawn as a single person - you spawn as a dedicated, named squad with a particular battlefield purpose. Sniper, infantry, tank crew, that sort of thing. You play the leader, and the rest of the squad are AI units you can jump to at any time, but most often you do that when your current character bites it. Once a squad is wiped out, that squad goes on a timer and you spawn back in with another squad.

One of the things about the Battlefield experience that I find sort of challenging is my own fault, really - because individual lives, for me at least, don't last very long I'm pounding the buttons trying to get back in so I can go die in the same place. In any other context, I would place a shrug emoji here. It's just a particular loop I wasn't really consciously aware of until I played Enlisted. Because I literally can't come back in as those guys, doing that thing, the texture of a round changes a lot. Is it time to bring in the tank crew? They have a good sniper. Is it time to counter that? It gives it a wargamey feel I really like. It has all the rest of the freemium concerns but the basic way you live and fight in the game feels really good.

Don't forget! Tonight's a new episode of Acquisitions Incorporated: The "C" Team at 4pm PDT on Twitch, stuffed with homecoming thrills. Thanks as always to Elderwood Academy, Level Up Dice, and Idle Champions for their long-running support of the show.