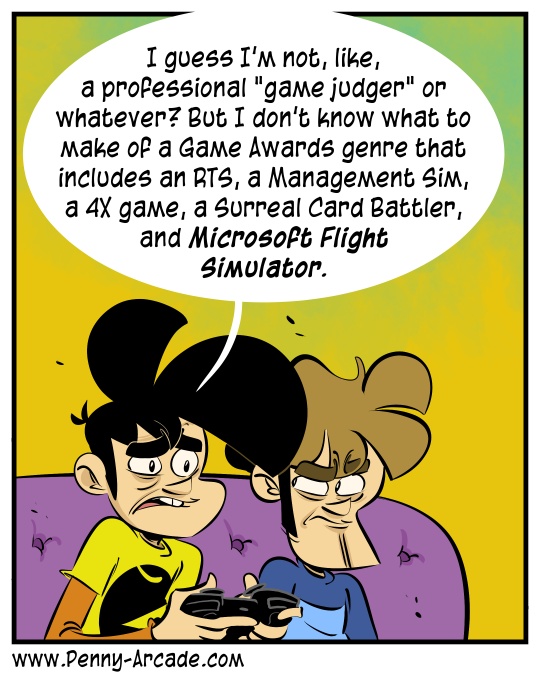 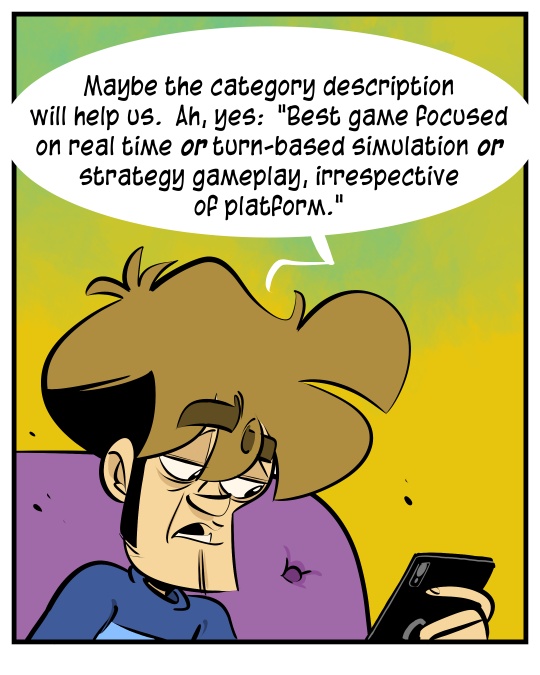 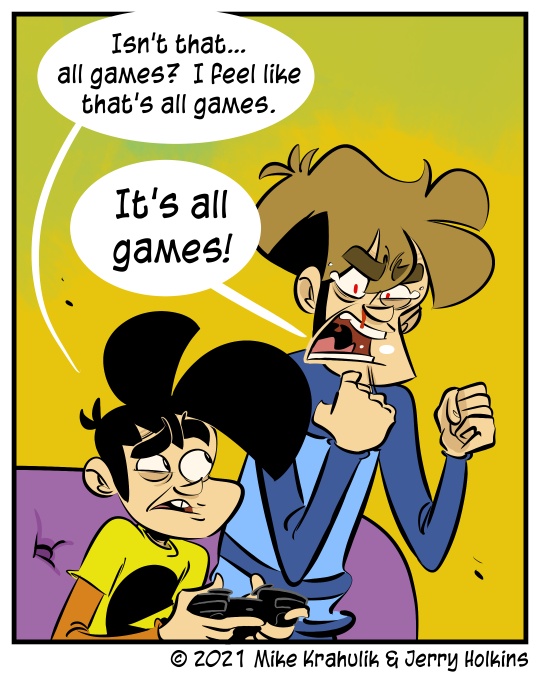 I only knew about this because Gabriel's son, who is actually named Gabriel, was incensed enough to bring it to his attention. People watch this for the trailers, that is simply… a fact, but Gen Z is such a spicy cadre that it is hard not to be delighted by it. Servants of Nidhoggr, all.

I couldn't make heads or tails of many categories in the Game Awards, and I am open to explanations as simple as bog-standard illiteracy up to sophisticated theoretical frameworks like "leakage(dimensional membrane)." "Best Sports/Racing Game," incomprehensibly, has one sport and four racing games duking it out. But "Best Sim/Strategy Game" in particular feels like such a grab bag; The Island of Doctor Moreau, where misfit man-beasts strain and twist beneath strange laws. It's stupid. Also, useless. Stupid and useless. I think that covers it.

I've got great news - a comfort in a world swirling with chaos. It's our Acquisitions Incorporated's Winter Morale Festival. And I know what you're saying: I don't have it in me! Well, good thing it's COMPULSORY:

Take note of the Holiday Tiers! There is a sale on apparel broadly, except for the newest stuff - the Jim and Omin shirts, plus the rad new zip-up hoodie. All the AI Stuff can be found in this collection, with good stuff new and old.  And, for reasons way, way beyond our control, ordering sooner rather than later might be a sound strategy.