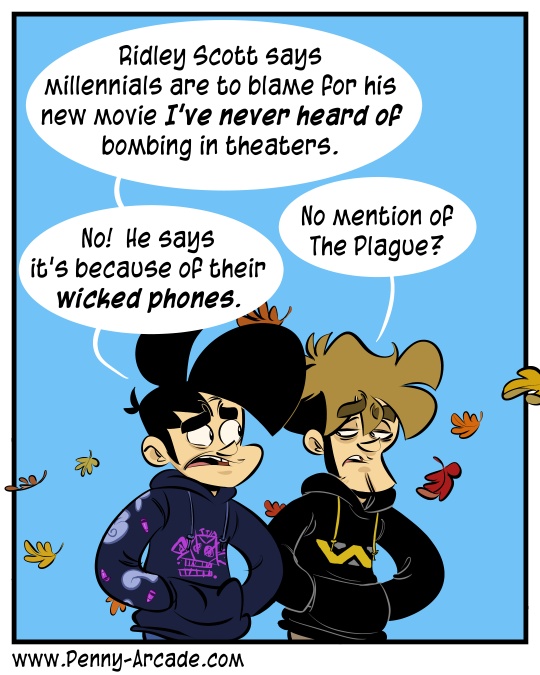 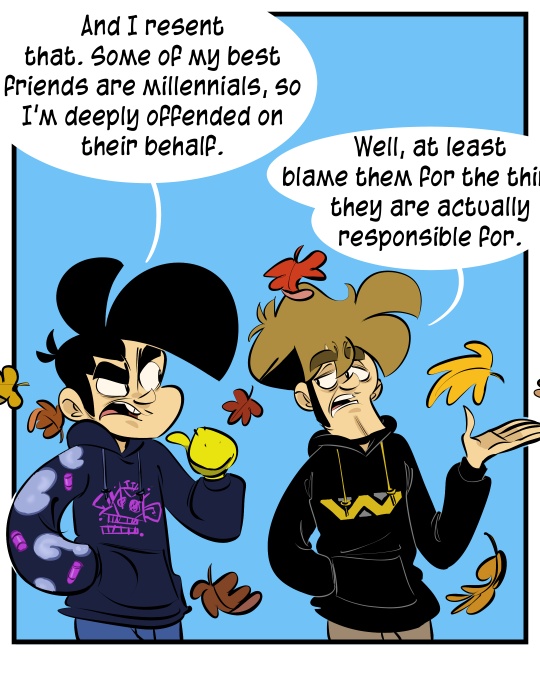 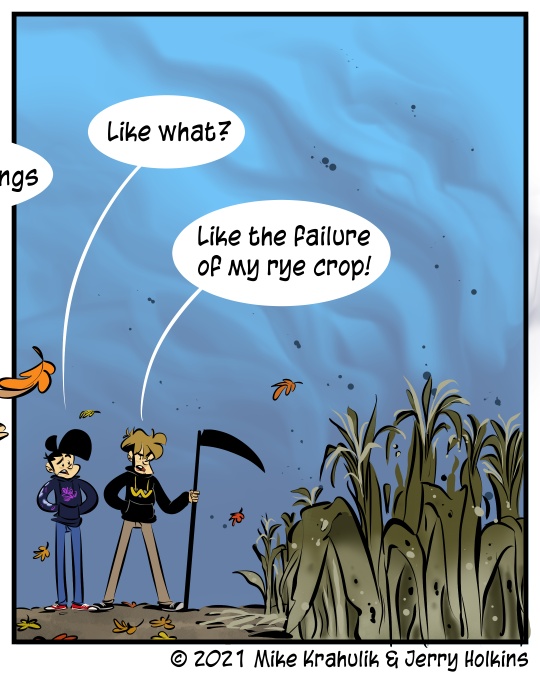 At first, I thought Ridley Scott was laying the blame for his movie's failure at the door of milliners - hardworking folk whose craft is plied to the delight of the head and scalp. But no! No. It was instead placed on the brow of that oft maligned cadre, The Millennial, whose disinterest in the schemes of their boomer forebears is well known.

Sometimes when there is an article about a director's incredible take-smithing, I can go and read it and - as is my doom - understand what they meant by it, even if they aren't especially invested in the gesticulations and obeisances of the era. He sorta went off, though. We weren't even aware of the movie at all, as we suggest in the strip - which makes his first point, that Disney had done a great job marketing the film, ring false. None of the quoted sections mention the fact that, as a nation, a once in a century plague has scarred and pitted our society in whatever the opposite of terraforming is. That's an indication about the sort of life he leads, which makes the rest of what he's said coherent in its way: that an alien, incursive force ("the millennian") simply can't comprehend that life outside of a phone exists. Set aside the fact that this isn't the problem, and that people watch movies on their phones all the time if you let them, or that people use their phones to cast movies all the time. Literally: let me for rhetorical purposes simply grant the false premise. When we have to live in the world you fucking assholes built, how can you blame anyone for looking away from it?

I've met a ton of millennials, and I simply haven't found the distribution of motherfuckers particularly concentrated within their confines. And it's like, okay. Do they have a deleterious effect on crops? Yes. Do we think they might be to blame for Mrs. Holmann's cow getting the dropsy? Jury's out. Do I have some welts on my forearm that could be, I dunno, millennial in origin? I'm open to it. Probably yes. Keep some space between them and your seedlings for sure. I don't know. Maybe they did fuck up the movie thing. My arms are itching like crazy.

Millennial readers, I hope this hasn't put you off our incredible holiday deals - new announcements are en route today, plus Double Secret Boxes will be made manifest at 4pm PDT!

The Compulsory Winter Morale festival reaches its final form on Black Friday, as Pinny Arcade Double Secret Boxes return to https://t.co/jboGKOad87 at 4pm PT on 11/26! More deals to be announced this Friday! pic.twitter.com/IA8okFw5Fb