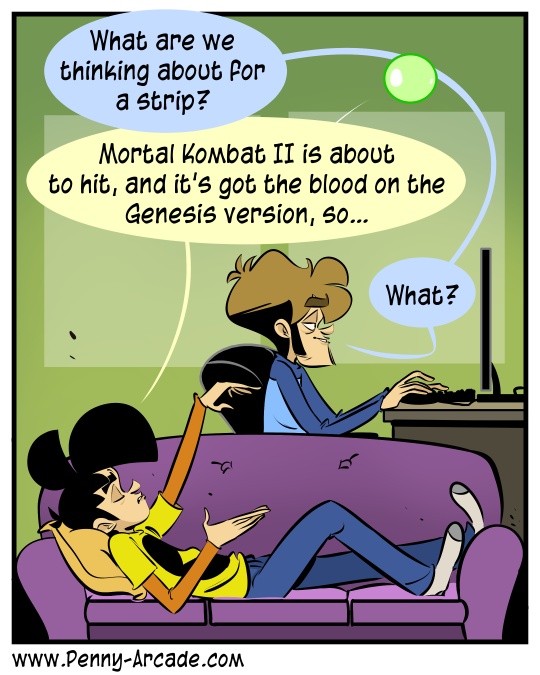 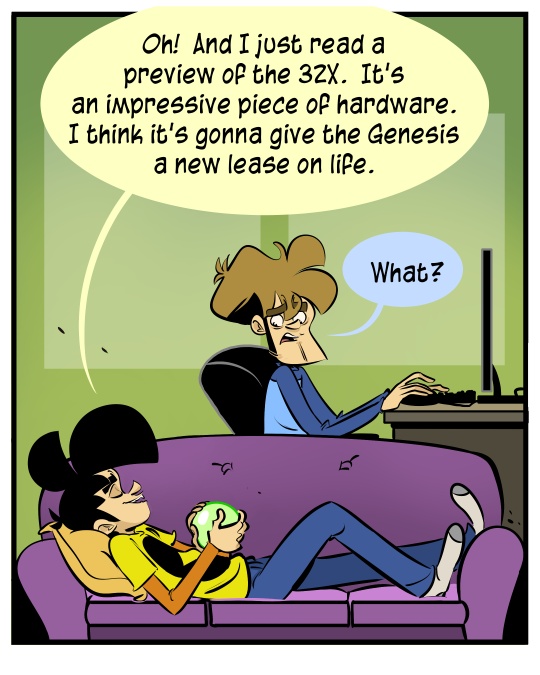 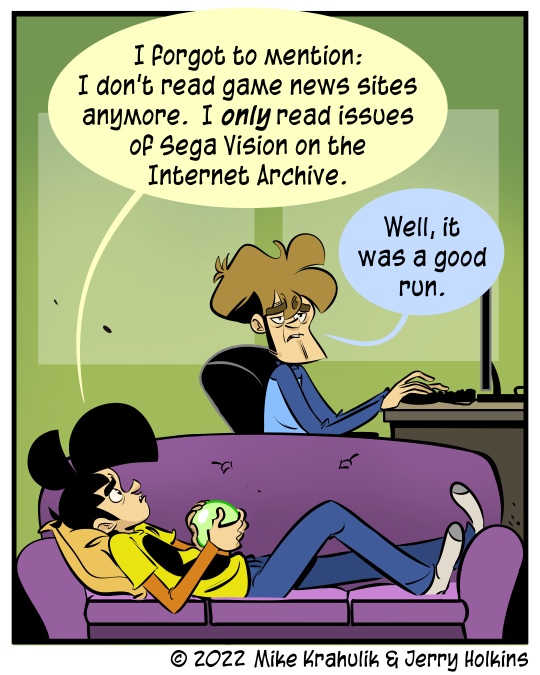 When we were sitting down to make the strip… I don't need to contextualize any of this. Sorry! If your job is to type sometimes you just start typing. The strip (in the manner of a balanced breakfast) contains every nutrient.

You can journey through this blasted land of teen manipulation as he does, with only a click. I guess I didn't know Sega even had its own magazine, which probably isn't a good sign for the Sega Magazine. Gabriel was an avowed Sega partisan at that time, but since I played games on computers of various kinds that conflict was always somewhat abstract. Not because I didn't have a dog in the fight, but because there was no axis upon which these devices could compare. I was above it, seated on a throne of heaped Console War skulls. In my right hand, the Epyx 500XJ - its holy lariat coiled about my arm. My left hand drooped in the Sign of the Floppy. A gathered angelic chorus pealed the Song of the Demodulator.

I was playing games on the Amiga at that time, incredible ones, and mowing lawns to afford Amiga Format from the UK, whose demo disks couldn't even render fully on the US version of the computer. There was a horizontal black stripe at the bottom, which (in my memory) gave them a cinematic, letterboxed feel that only occasionally obscured portions of the vital user interface.

I'll be "out" the rest of this week, theoretically, but in practice that just means I am going to do all of my regular work in a different physical location while also feeling guilty about it. Dabe will no doubt have your back on the SBB stream come Friday.