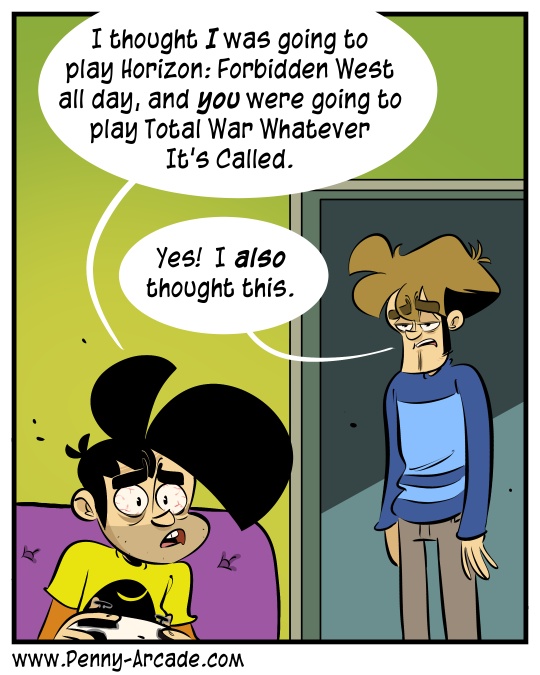 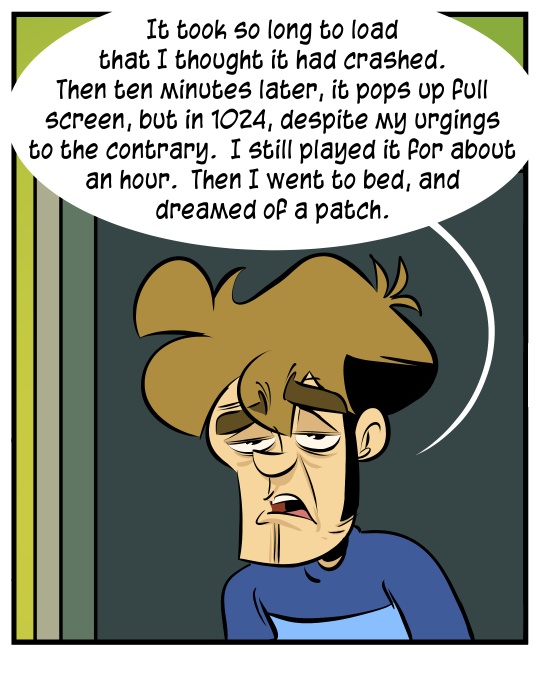 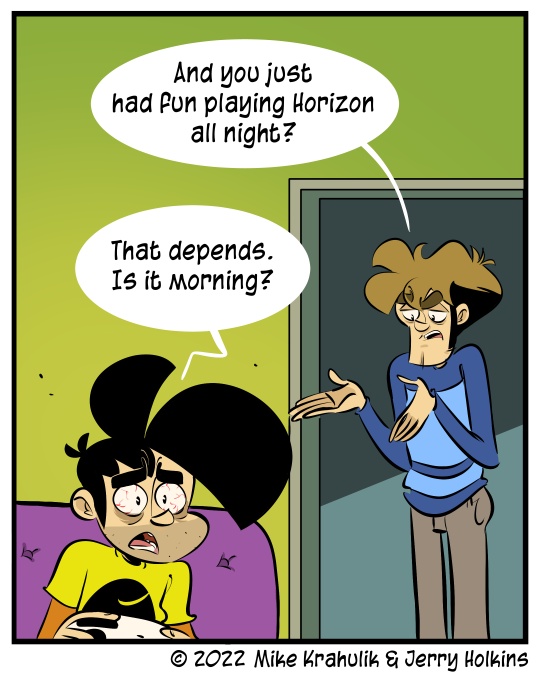 I know he is having a good time with Horizon: Forbidden West because he keeps using the PS5's share capability to project mind-shreddingly beautiful clips of it on Twitter. He's simply trying to extend his time with it.

Total War: Warhammer III is the sequel to a game almost so adored that you don't have to give much of a shit about Warhammer Mans. You do not have to like or paint these mans, nor do you have to delight in throwing handfuls of them at your friends. I like Warhammer a lot, but the space one. I was up until the middle of the night last night building models for it. And this Warhammer isn't the current version of Warhammer, with which I have a passing familiarity; it's the one people really liked and in some ways feel was taken away. So there's a big pool of potential people who might like it for no reason other than familiarity or allegiance, but it's also a grand strategy game in a genre that doesn't exist outside of itself - Total War is quite unique. It tries to square the circle of real-time strategy and tactics games and appears to actually do so. Generally, such attempts to serve two gods - and there are allusions to this in the lore no doubt - does not result in success. But Creative Assembly keeps making these hardcore pervert drugs and they keep winning off it.

That's the idea anyway. The first time I tried to play it, it went exactly as we describe in the strip. I was startled and leapt awkwardly from the seat. Since then, it appears to function correctly but as an outsider to the brand and also the wholly custom genre, it's like showing up at a club you don't belong to. They all get it, and they're making me excited, and I'm considering joining. This faction has a general who, unlike every other faction, is essentially playing an RPG where success in your campaign is providing five kinds of XP and you use it to equip dark gifts. Also, something happened to somebody's God Bear which fucking sucs. I'm nodding furiously, taking it all in, until I can nod at the correct rate with the knowledge that I belong, as a full member of this basement fraternity.