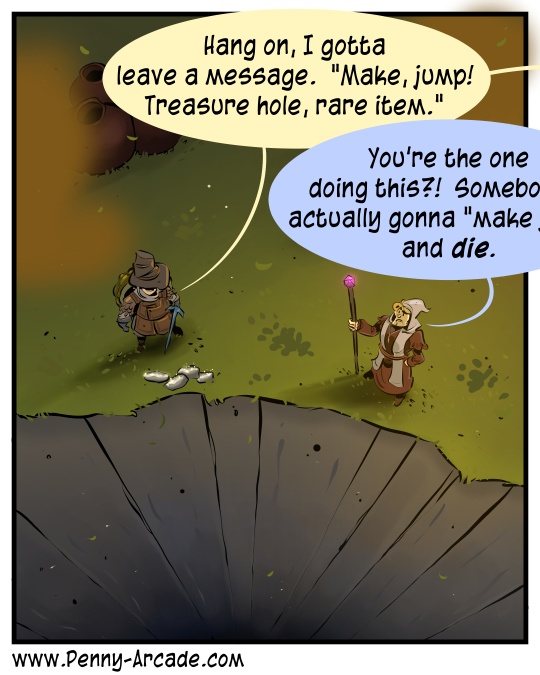 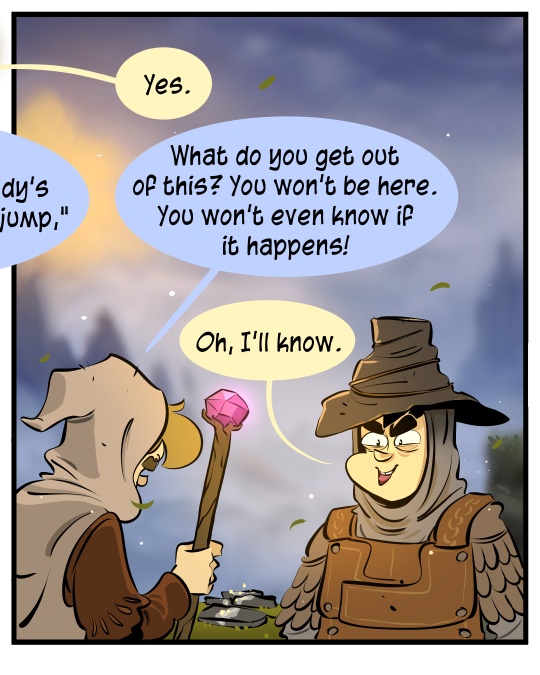 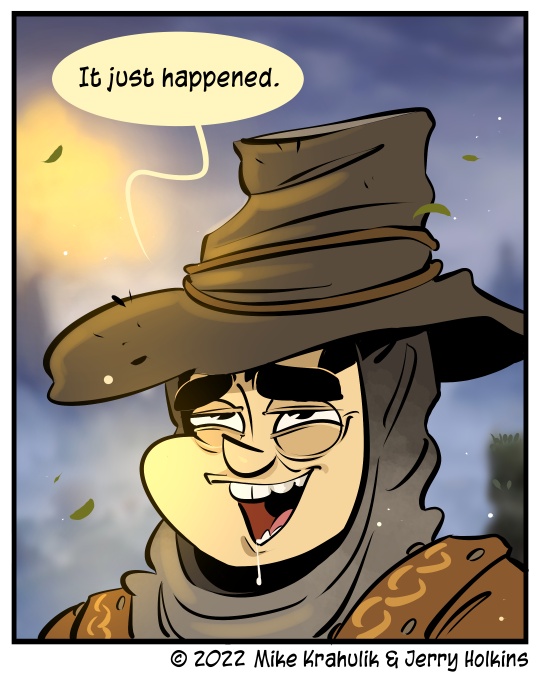 I feel a strange compulsion to read the messages in Souls type games, even though the actual utility of the practice is uneven at best. A kind of real-time information warfare, they're about a one to five admixture of crucial, timely, life-saving information and "Try fingers, but hole." I've seen this last one many, many times. I like to think it's all the same person, which is sorta what the strip is about; a dark fantasy Johnny Appleseed, but for fingers in your butt. What a sentence! 2022 is going great so far.

From Software doesn't need to do it, they're running this shit - they can make a horror game about a Lovecraft-tinged Victorian England where the character's weapon is a giant straight razor and still win. But in the same way that I trust Larian to make a legitimate heir to Baldur's Gate 3 for a modern audience, refounding the series with more literary and mechanical richness than its ancestors ever dreamed, I think that only From could build a D&D action adventure that felt true. I don't simply mean including a reference to Magic Missile. In the same way Torchbearer puts fantasies about noble martial prowess into the fucking ground, exposing "adventuring" itself as a craven endeavor whose adherents would rightly be considered monsters themselves in any context, From actually understands and models the kind of terror that would necessarily accompany these excursions into realms inimical to mortal meddling. Wizards certainly has older IPs they could leverage, but the right play here would be to found one - in collaboration - that, like the rest of their modern plays, are then made cross-media enterprises in Magic and TTRPG books.

I spend a lot of time thinking about this.

Having returned to my ancestral home, I am now prepared to spend 10am-2pm on stream being taught the new Storybook Brawl meta by our own Dabe Alan - the notorious card sharp known (exclusively by me) as Dob Triple. There's a new dragon, and the new tree is on fire or something but I guess it's okay? I got a grip of new Fairy Dust codes to give away for community games from 12-2, so if you want to get up to some horseshit with us today the invitation is open.