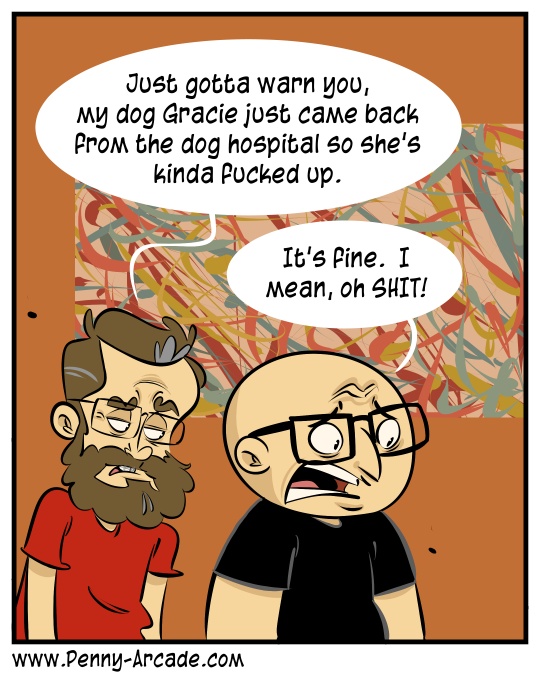 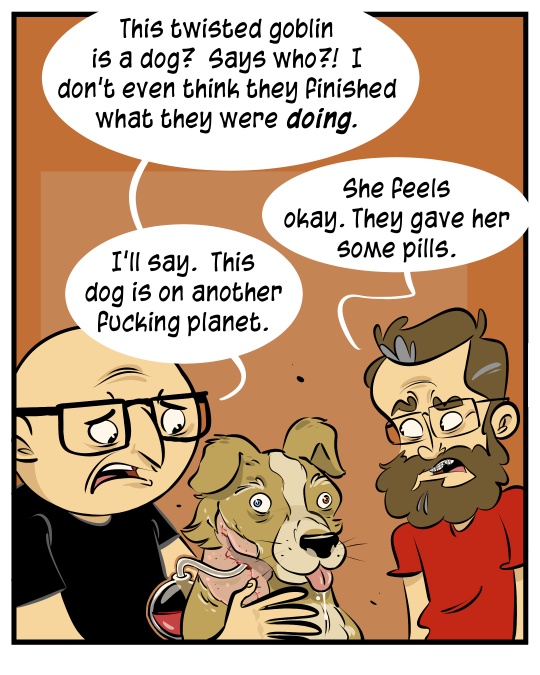 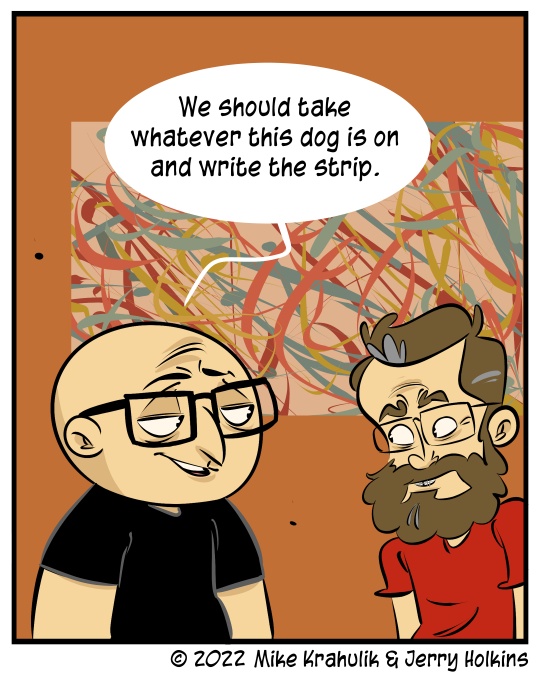 I went over to Mr. Gribbz'z house to play Elden Ring, and presumably to chew gum, though gum was not in ready supply. Then we started up the stream and checked out Gran Turismo 7; if that is your kind of shit, you can join us as we struggle to escape a car-obsessed billionaire's cafe slash car sex dungeon.

The first challenge was being confronted by Gabriel's sky-high dog. Gracie has appeared in the strip before actually, at the end of 2016, which I think a lot of us thought was a real bad year but it's clear that we lacked imagination. Anyway: Powerful drugs had convinced this dog that it needn't endure the rigors of doghood, broadly writ; it didn't need to concern itself, for example, even with maintaining a vaguely dog-like shape. It could be, and was, during my stay:

A puddle of butterscotch pudding
A Seer and a Parter-of-Mists
A Christmas tree topper, but made of surgical tubing
The original dog, except the tongue is way longer and never goes back in

You could have spread this fuckin' dog on toast. Poor creature. Apparently you can get "kidney stones" in your salivary glands and she didn't deserve that shit. I deployed precision pets on zones dogs are known to prize, but I don't know if these sensations even found her, because her mind was floating between Pluto and fucking Neptune.

Eric is out at a convention this week, and I have about a thousand points worth of brutal Orruks to paint before I can put them on the table. Technically I could put them on the table before, and historically I have done this. I also have models that I only basecoated like fifteen years ago and never painted them. I am taking a cue from Kiko here, and using the lure of the game to get my shit together on the painting side. So starting at 12pm PST tomorrow instead of our typical shit I'm gonna try to push through some of those points in order to hasten the "waaagh."