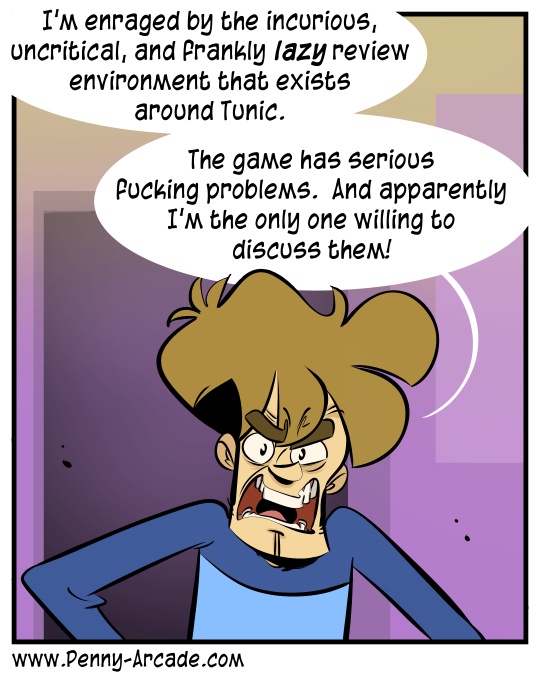 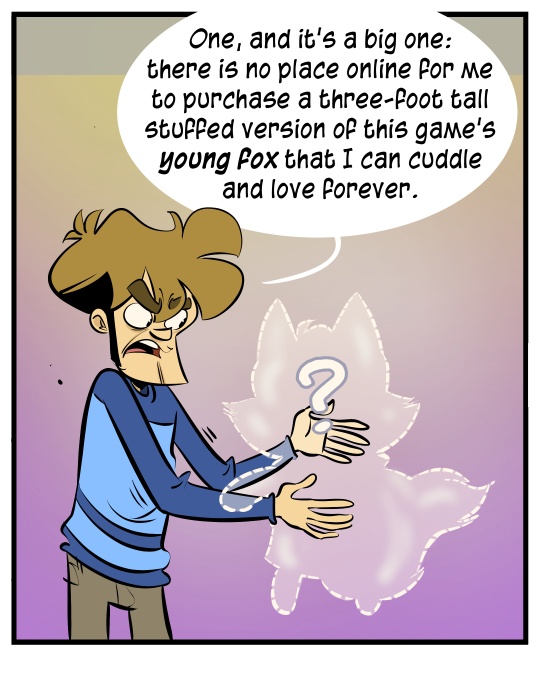 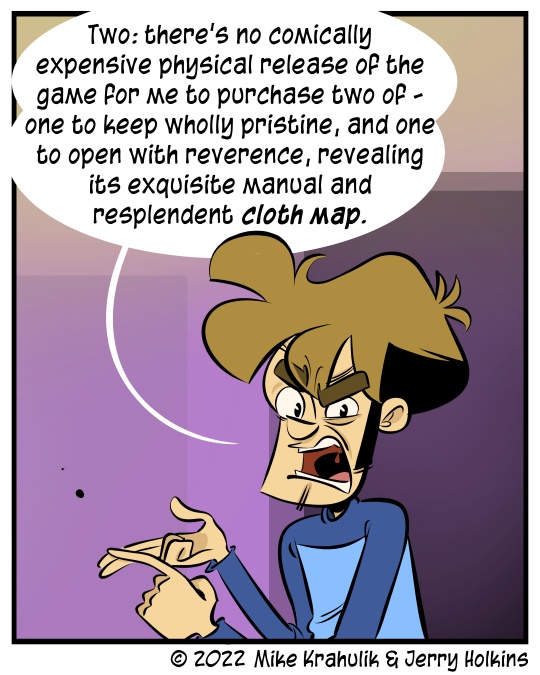 I played Tunic until I stopped and called Mike, saying that I couldn't believe how amazing it was, and I was gonna stop playing immediately.

That's only happened one other time in recent memory, with Disco Elysium - a game where every stat and skill, every strange flux of your consciousness, is voiced like a character in the story. I couldn't handle that type of input. I still can't!

Tunic is redlining me in a different way. On the one hand, we can do this the uninteresting way and say it's A Link To The Past by way of a Soulsborne. Or vice versa? It's not wrong, I guess, but it's boring. It really feels like it's doing something weirder than that, which is why I stopped - I wanted to play it with another person around. I'm getting Fezzy type vibes: it's not simply cheeky trappings and references designed to arrest the mind. Especially when it comes to the Manual Pages you collect throughout the game, executed against ancient console documentation flawlessly, it's aimed at the experiences that create nostalgia itself. It's stunning in its affection for the player.

Obviously, the game also has serious problems that only we are prepared to discuss in their totality.

Gonna head into Storybook Brawl here momentarily with Dwob Triple on the stream for our typical Friday delights; expect us to take it on the road for the first couple hours, and then in the afternoon you can try to seize our precious Fairy Dust granted to us by the devs. I have a great supply, so I could easily afford to dole it out, but it's not about that! You're gonna have to snatch this shit from our coal-black talons.

Anyway, as you may have noticed, we have a new site but it would appear that too many people like it! I thought it was a DDoS for a minute, because it was almost five times our most aggressive simulations. The new site does a bunch of stuff that people have been asking for - incredible mobile version, much better searching even in comic scripts and posts, and a few delights I think will be fun for you to discover. Gavin and Buland have been hard at work on this forever, becoming trench brothers, and once the initial bumps are out of the way I think it will genuinely improve your life.

Super excited for our Tunic stream on Wednesday. I am gonna pick up some pizza rolls and we should trade the controller back and forth on deaths!!

What we need to do is make sure that we have Fruit By The Foot. To eat, but also to measure things.