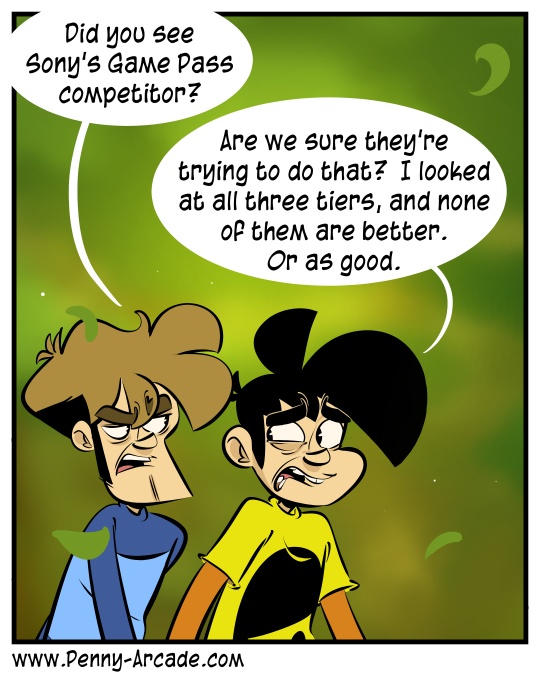 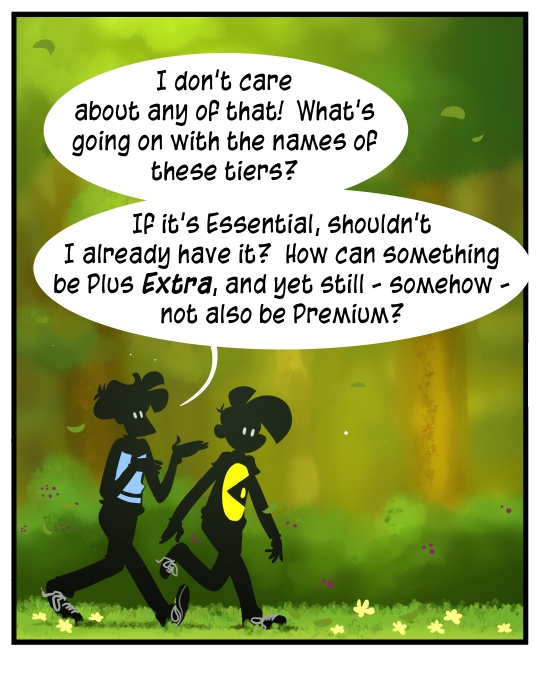 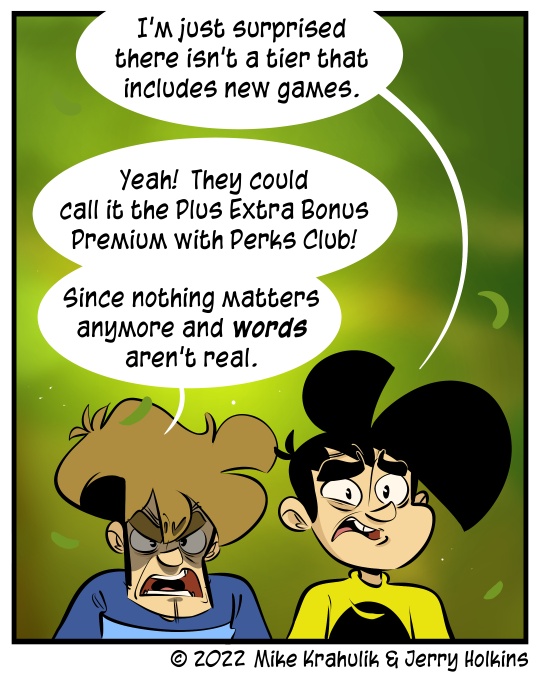 There's a lot of conversations about what Sony's gonna do about whatever Microsoft is doing, and how they gotta do stuff, and they gotta counter this, or address the other thing. So, this type of rhetorical framework makes Sony's bog-standard service refresh - with a side of trying to make PlayStation Now happen - into some kind of console war salvo when it's actually just whatever.

As I've suggested before, I'm not paying for game streaming; that's a big part of the additional offerings in these new tiers. Game streaming already works better than I ever thought it could, but if I'm not in front of a computer or a console I'm not gonna play fucking Gears on my phone while I wait for my pho. Not even the tactical one! For one thing, pho basically comes out immediately. There's barely any time. And two, if I simply couldn't bear the counsel of my own thoughts any longer, I'd play a game native to the phone. There's a couple.

But that's me. I have all the equipment because it's my hobby and it's important to me. And I already played all these games when they came out, if I felt like it. Retro doesn't really work on me unless it's being interrogated as a concept; I need that kinda shit manifested in an upmarket way. Sony says they're not doing the Game Pass thing of putting new games in these service variants because they like the way it works now, where people purchase games and play them on PlayStation hardware. And it's like, yeah! That's a good system; I feel like that one's been on for a hot minute. But they've got this streaming thing in their back pocket, and Microsoft does as well, because I think the "next console" from each of them is going to be an HDMI stick. I don't want that at all, but I'm not the billions of global customers these two are actually playing for. They couldn't address that audience with their marquee hardware even if they wanted to.

Playing Tunic over at Mr. Gribbz' house last Wednesday was super fun, and so we've decided to do more of that today from 2-4pm PST. We started last week's game trying to get to a specific place, and finally figured the path out after playing for exactly the length of time we allotted for the stream. Now, in the guise of a young fox child, we travel West. 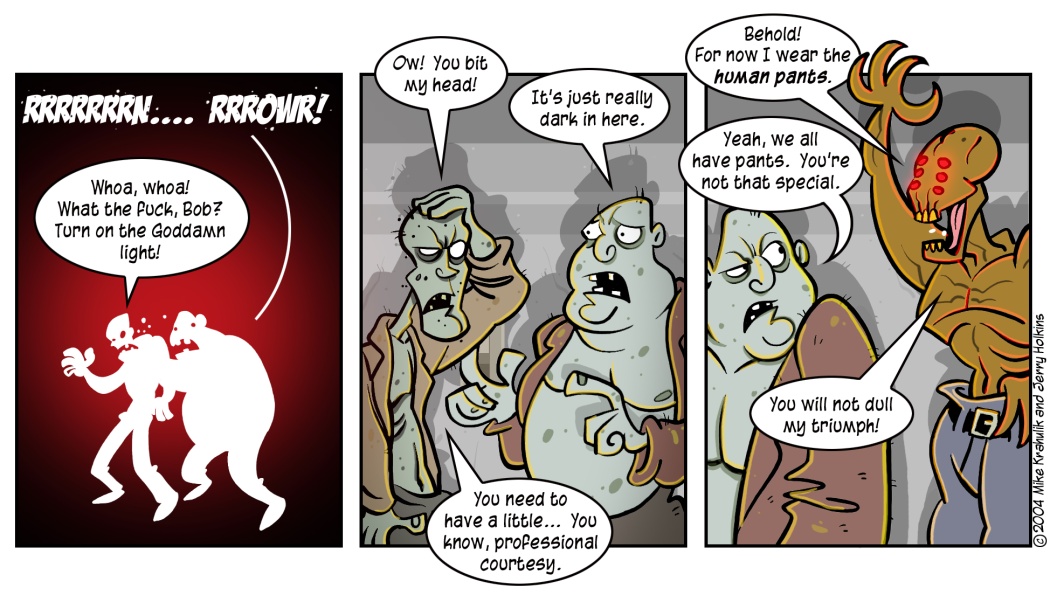