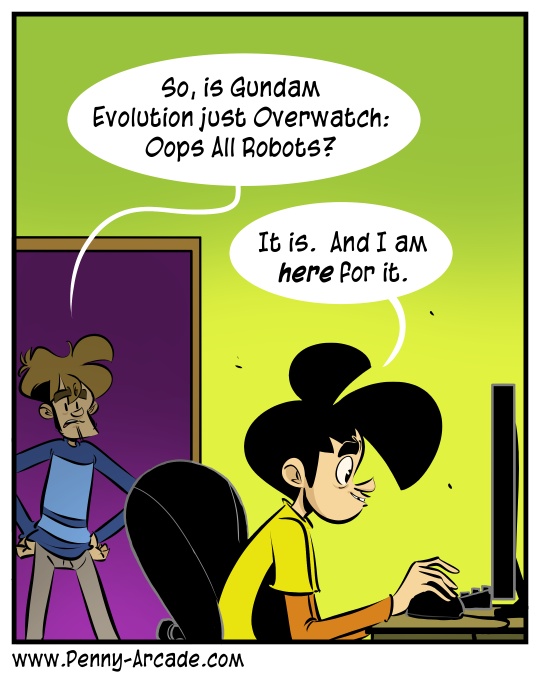 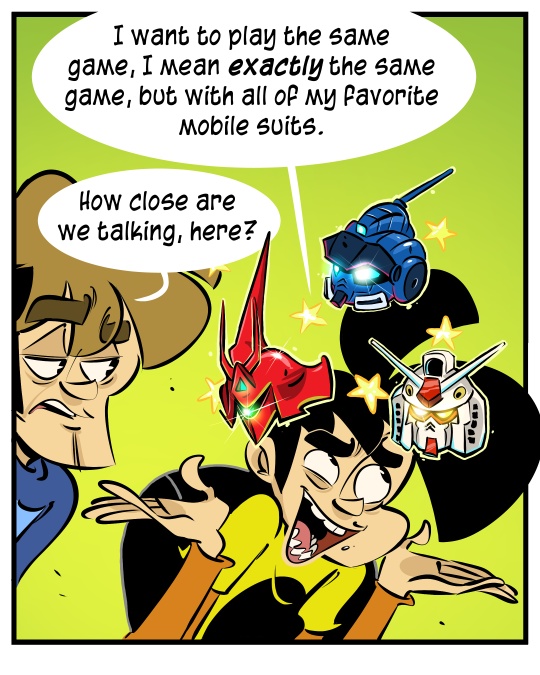 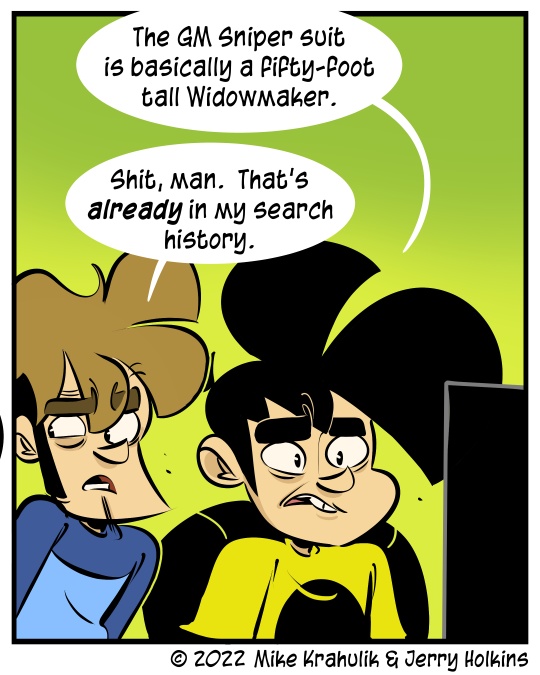 I think it's totally fine for Overwatch to be a genre, and it's even finer if it's all robots instead. That's essentially the premise of Gundam Evolution, whose robots are very large indeed, and which basically plays how you expect it to if you expect it to be Overwatch with Gundams.

Certainly a fifty-foot tall Widowmaker would seize a place of honor in Tall Lady Discourse, which is a profound and rewarding rhetorical space. Our own Laura "L'Etranger" Stringer gasped with delight at the strip, and its portents, but when we were on our Warhammer crafting stream it became clear she was not familiar with Macross - which (along with "Attack of The Fifty Foot Woman") must be considered a founding document of that realm. A couple precision Zentraedi searches and it's fuckin' OVER.

Anyway, Gabe likes it. But, as he says:

Played a bunch more @gundamevolution this morning and I really dig it! Take that for what it’s worth I guess. pic.twitter.com/2Dlq747yjp

Hey! I can't stress this enough: We have a special treat for tomorrow's Acquisitions Intoxicated, in the form of our New Belgium Voodoo Ranger collaboration FOESLAYER.

Next Tuesday at noon PDT, on a very special Acquisitions Intoxicated, @voodooranger will stop by to talk about the special Foeslayer IPA that will be available at #PAXEast! Special can design by @krisstraub with an assist from @thekiko and @Dabe! pic.twitter.com/o7OfOscIeJ

We'll be cracking open cans and trying it for the first time Tuesday at 12 Pacific!