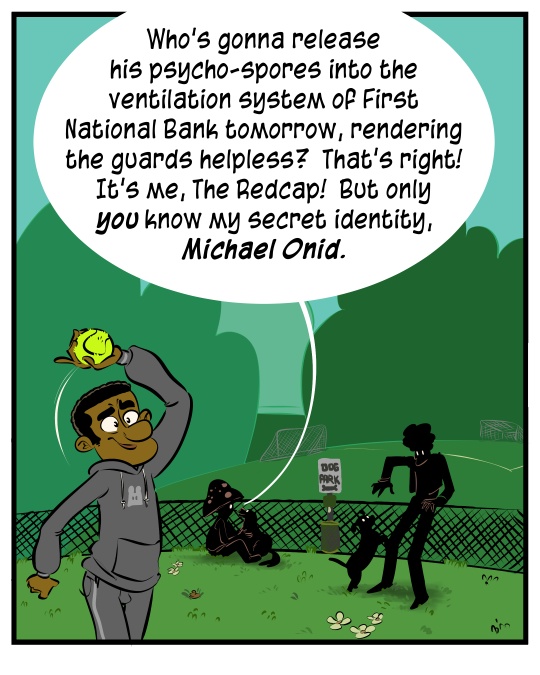 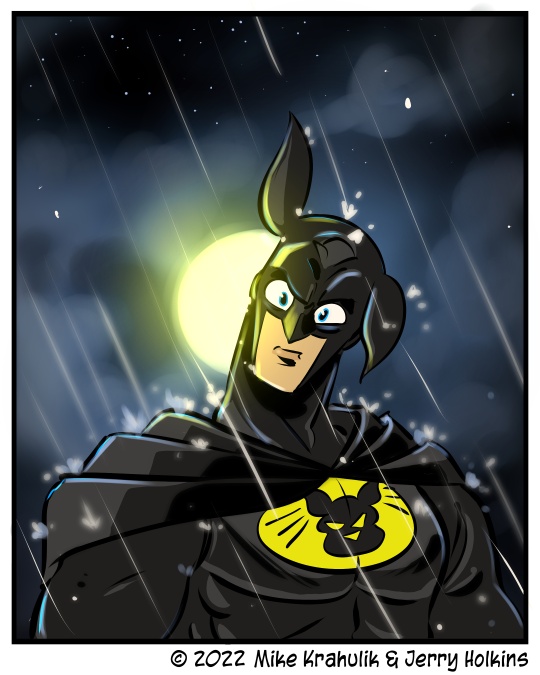 I would say that we won't do it again, by which I mean continue to intricately stitch Gabriel's "potent" original IP, but I can't do that in good conscience. This is because I didn't mean to touch on it even one more time and indeed wrote a comic shaming the very concept of the excursion itself, and it happened anyway!

Someone mentioned on Twitter that they like the mobile site because scrolling through the panels gives you a cool reveal, and I completely agree. You might not know that you can get that same experience on our Instagram page, that's where the whole notion came from to begin with. I am mostly mentioning this to date myself: I used to read our comic on my Hiptop, which you might know better as the Sidekick, and if you turned it on its side you could scroll through the panels one at a time and I thought that was more or less the optimal way of reading it. Now, thanks to Gavin and our technomancer Mike Buland, that's just how it works all the time.

I'll be jumping on the stream as close to ten as I can, with Dabe already on there, to continue our Tunic save. That Dabe - the Dabe whose Magic: The Gathering inspired Kamigawa line has been received with such affection and intensity. In any case, I thought I sorta understood what was going on in the game, and after the last session it became very clear that I 100% did not. But now we gotta crush a boss rush to continue, so if you have some time to stop by the stream, I'm sure Dabe could use a boost from the roost. 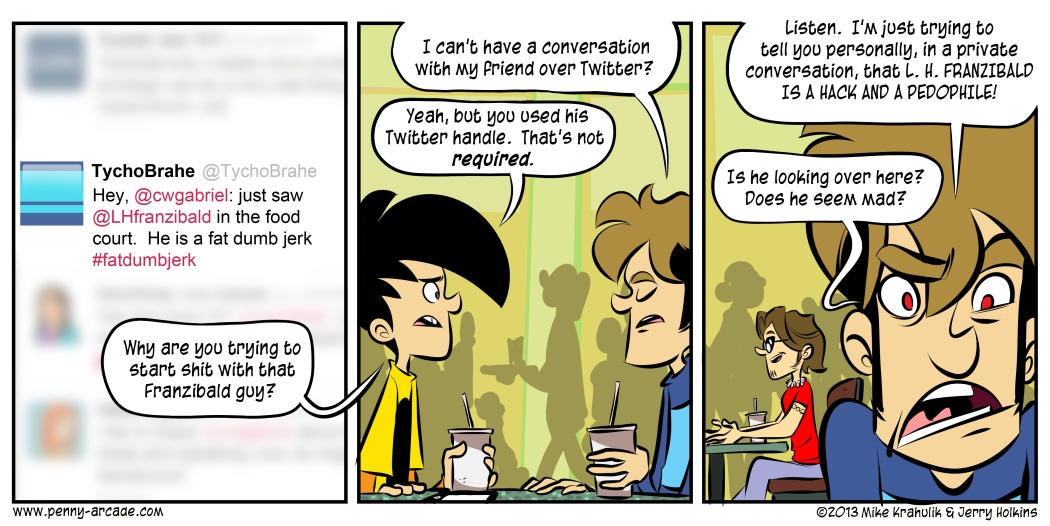