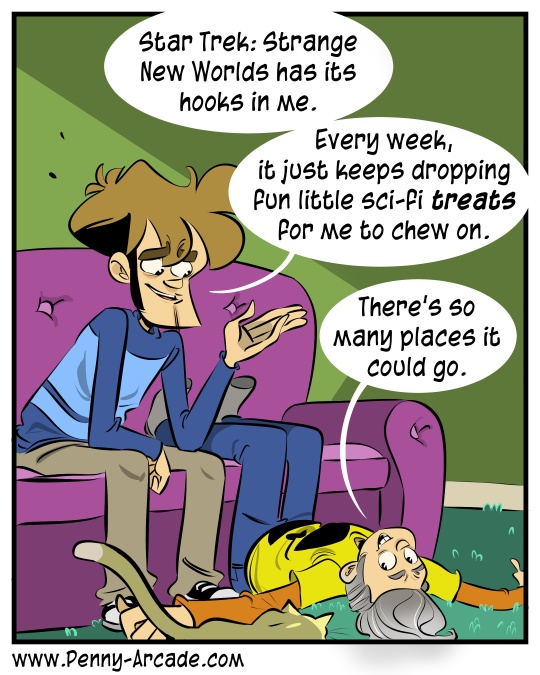 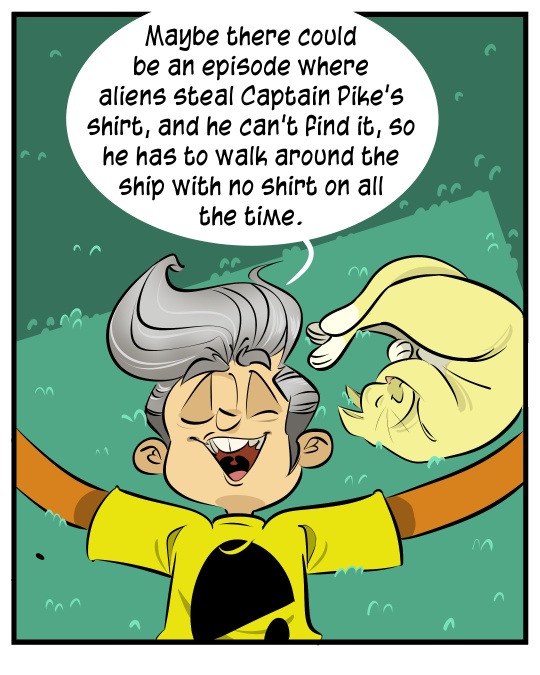 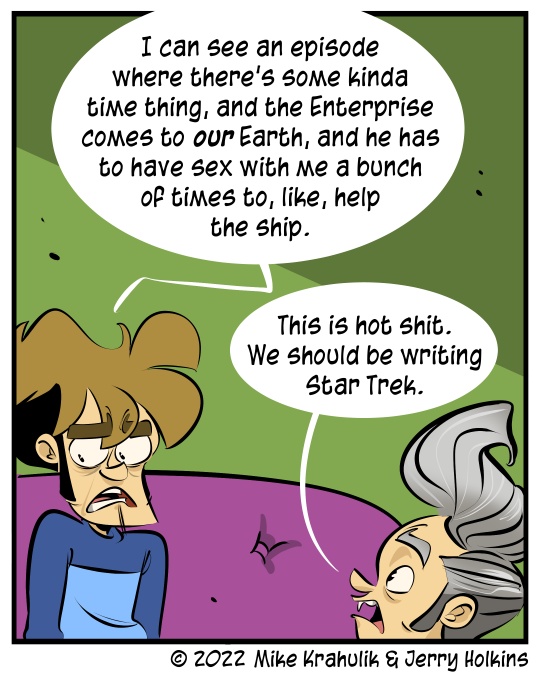 I think Strange New Worlds is on track to be a really fun return to form for the series.

I should say, a return to a specific kind of form. I like Discovery a lot, but shows in this setting have such distinct tones that headcanon is essentially required to square the circle. The original series, Discovery, and DS9 are more or less true accounts in my calculation - perhaps occasionally embellished, but essentially true. These are real people trying to manage incredibly fucked shit and by and large the full truth of those events can never become common knowledge. The other shows are functionally Federation propaganda. They're the stories the Federation tells about itself. Strange New Worlds rides the line between these two things with folksy, lived-in charm. Its episodic approach, what might have been called Monster of The Week, is honestly an incredible breath of fresh air and one of the more interesting things about it. I don't need ten pounds of mythos in a five pound bag, I don't need galactic stakes every time, and I don't need ARG metapuzzle Lostification every fucking time I want to try a new show.

I haven't watched Picard and I don't really have any interest in it. My understanding is that it's kind of a fucked up mess, but that's a creative project I certainly wouldn't have taken on. I don't need it and it's not part of my thing.

One of the things that art can do is to offer an aspirational vision of the universe and our place in it. I understand the idea that we have to roll around in our own grave-mud because we perpetually burn and reek in an insensate universe. Except we are, you know, part of that universe. It's no less true to say that, however improbably, we are called to and capable of heroism. I've seen the other thing a bunch, I'm good. I did endure the nineties, after all.