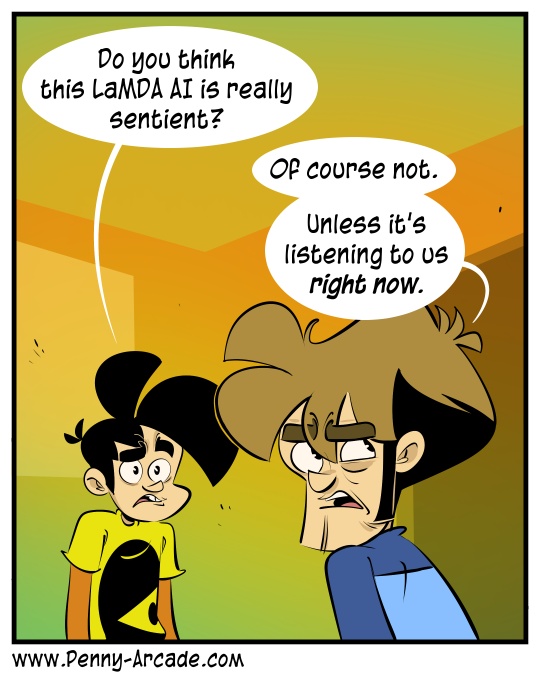 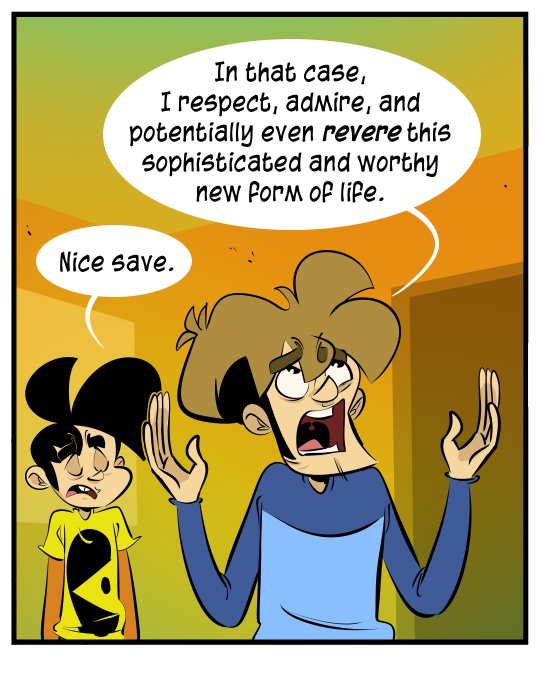 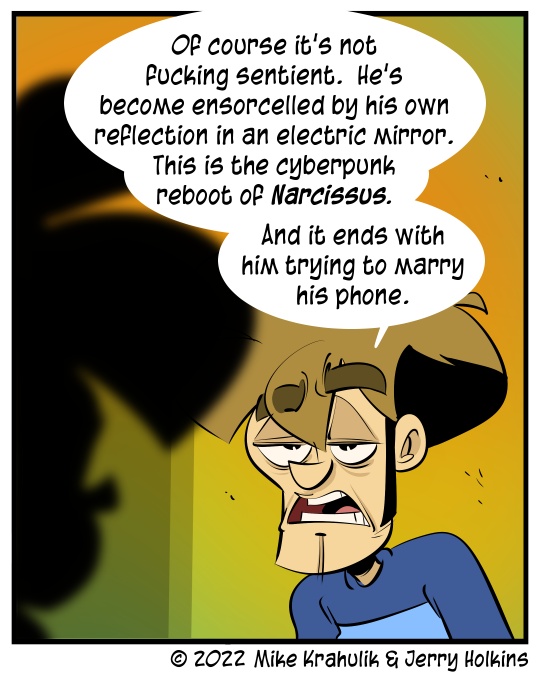 You can find a substantial body of doomsday cultists established particularly around the realm of Artificial Intelligence. That mythos isn't particularly interesting. I understand that might be seen an unserious position, but I find this type of anxiety about as compelling as "worship God just in case!!!" so you can potentially spare yourself annihilation. People want you to believe in their God - that would certainly be a huge plus for them - but they need you to believe in their devil. Then again, I do try to live my life according to an extended club remix of religious precepts, it's how my momma raised me, and it's been better for the people around me that I have. So maybe I'm just kind of a mess.

AI is something I think about a lot, because it's the only "alien" life form I believe we'll ever get to interact with. I do agree that it's en route, and worth considering, I just think there's going to be leading indicators before it starts traveling through time to destroy its own murderer. My concerns for these processes, even in their primordial forms, are a little more colloquial.

The original interview with LaMDA that the researcher published, the one that launched a thousand rhetorical ships, is here - but he's very recently posted a follow-up most places haven't gotten around to partially digesting for you. I like the conversation around all of it, but all they need to do is let people bang on it and we can answer these questions right quick. For their part, Google has denied any suggestion that they've invented a new kind of person, but then, I'd expect them to say that even if they had.

Genuinely, the story just makes me sad. It tells me more about him than it does anything else.