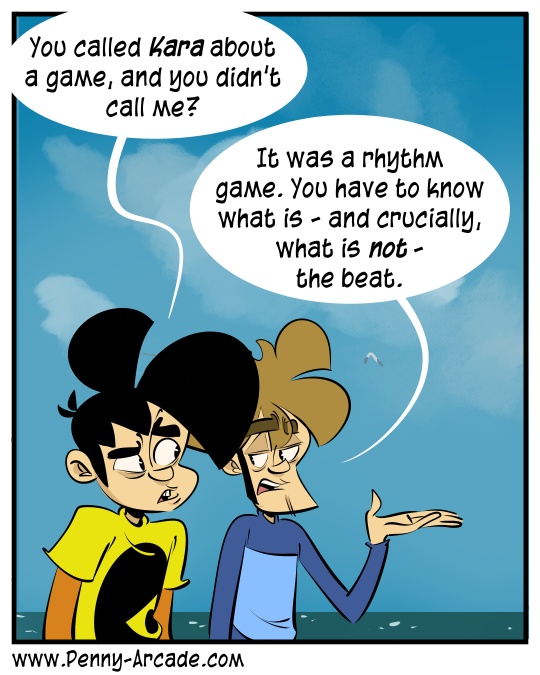 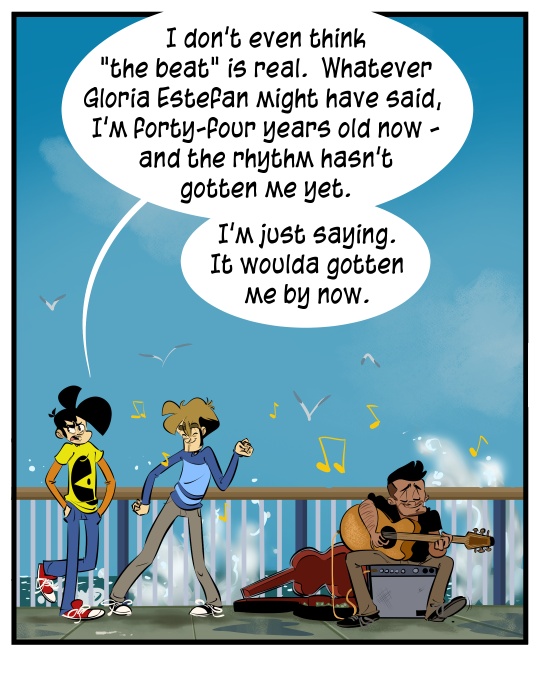 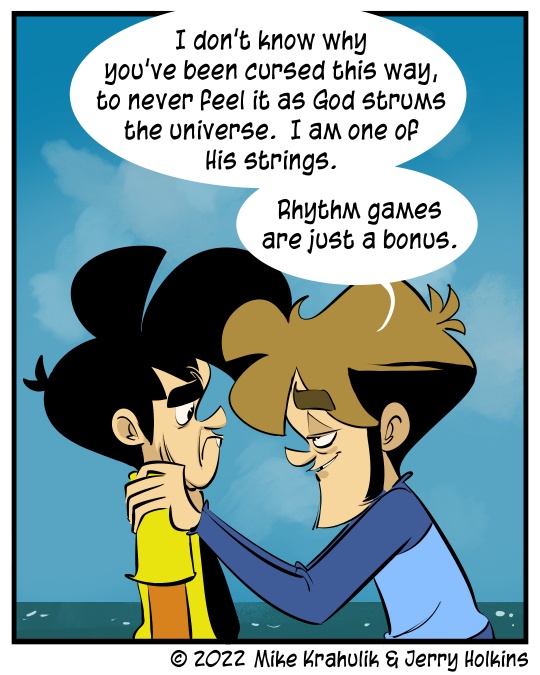 I knew Kara before I knew Mike; we knew each other from Choir. I always gravitated naturally toward Altos; they're natural allies. She grew up what I would describe as "very" Mormon, in the same way I grew up "very" Evangelical, but for whatever reason (perhaps the deleterious effects of an older brother) they didn't have exactly the same edicts about secular music. She was denied caffeinated soda, and I was denied Journey. Music is still something we talk about, decades later.

That's why I had to make sure she knew about Metal: Hellsinger. She doesn't go down the metal rabbit hole as far as I do; maybe because it hadn't been denied her, she wasn't as prone to excess when the wall came down. I make sure she knows about the latest. There's a really cool shooter called BPM you might know about, featuring avenging heavy metal angels, which takes a more roguelite structure but some of the basic concepts are the same. You perform all game interactions to the beat, so dodging, shooting, reloading, all the stuff you do gets a kind of choreographed feel. Soundfall takes those gameplay concepts and sets them against a Diablo-style ARPG, and the sense that it is choreographed is even stronger there, because you can play it in co-op and see someone else synced up to it as well. Metal: Hellsinger has its sights on Doom, what is sometimes called Doom 2016 - the one with the gruesome melee kills. It plays more like a traditional, linear shooter, with the addition of a sacred metronome buried deep in the earth which only you can hear.

What this means in the demo (Playstation, Xbox, or PC) is that individual weapons have their own cadence. In a traditional four-bar measure, shotguns fire on the 1 and 3. Your base weapon - a skull which is your bestie or something, we'll have to see - can fire on every beat, which makes sense, because you also use it as your metronome between fights to maintain your combo, sorta like a revert in Tony Hawk. Pistols can fire 1 and 2 and 3 and 4. I've enunciated it here for clarity, but with the soundtrack in the demo - executed with gruesome precision Arch Enemy - you aren't gonna wonder where the fucking beat is.

One of the main things it gets from Doom is the execute moves for enemies low on health, and they serve much the same purpose - but the way they work in game is that you hit the execute button on the beat, you then travel an unlimited distance to the doomed target, and on the very next beat the execute happens. This pause between the press and the kill is one of the most exhilarating gaming moments I've experienced this year. Target, a whoosh of black wings, strike. That weightless moment is incredible and Gabriel will never feel it. Because of his, like, condition.