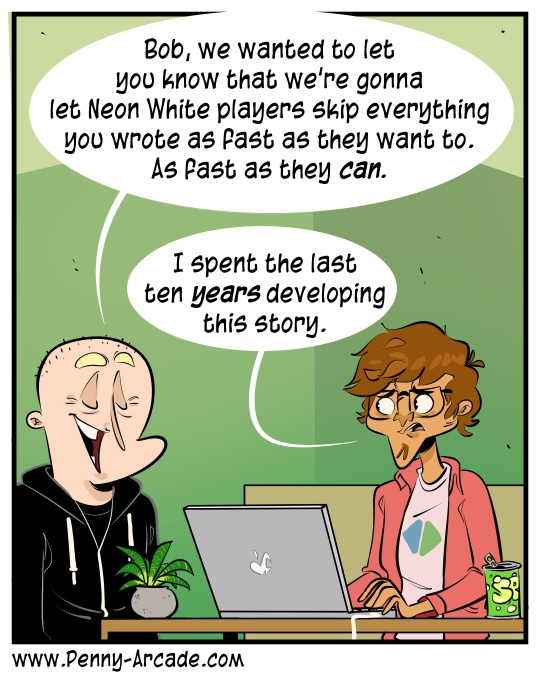 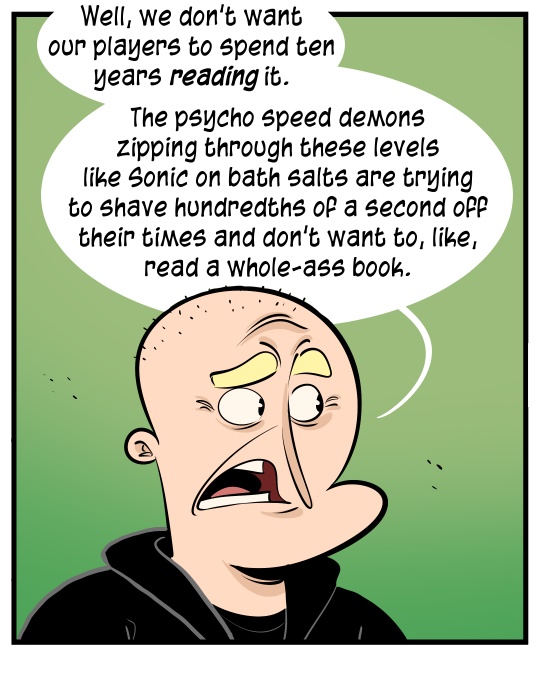 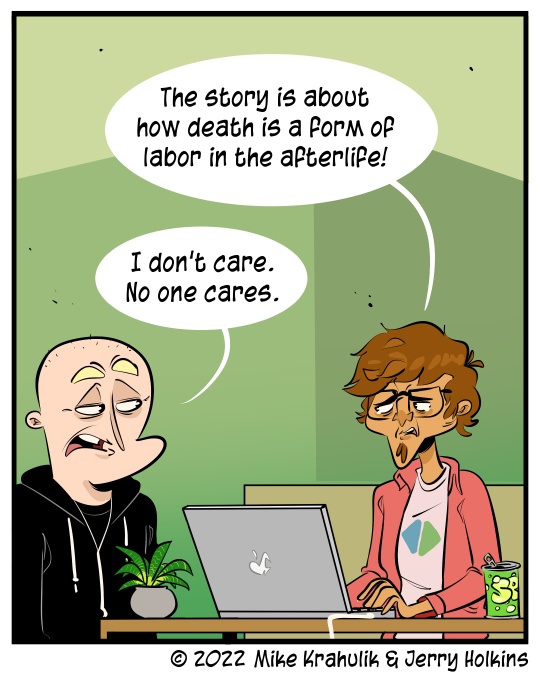 I knew from the first trailer Neon White was gonna be shit hot. There was some confusion last week when I deployed this terminology, so let me be clear: that's an admirable quality. I don't know where the "shit" comes in, that's the rhetorical locus of the confusion I believe, but long story short: Yes. Neon White executes its intention with aplomb (also good).

Ascension asks: what if the deckbuilding portion of Magic: The Gathering was the game? Such mechanics are everywhere in tabletop now, but that concept has penetrated gaming's scalp like so much Selsun Blue. Fucking try to avoid those mechanics, now. Or don't; check out the new NITRO KID demo that just came out. It's hot shit. That also means good, by the way. It's okay to reverse them. But what I'm getting at is that speedrunning is the genre in Neon White. The cards are weapons but they also have the texture of skips and time-shaving physics bugs.

When you are strapped into a run, it's like pulling the bar down on a roller coaster. The schema rests upon and shapes the mind; you hurtle through space and time. It's stunning. Jump on one of these balloon demons. How long did it take to perfect that feeling, just this side of conceivable? And it's basically the opposite of the stuff that happens everywhere else in the game, which is a VN about afterlife assassins. I have the bar down! I want to go go go. It's like when you want to fight demons but Persona wants you to go to school. It's not that they don't execute that flawlessly - everything looks exactly as it should, and has every voice actor working today. They know exactly what they're doing with it. Not a dealbreaker, they made sure of that. It's just the polar inverse of the mental apparatus they made me build for the game.