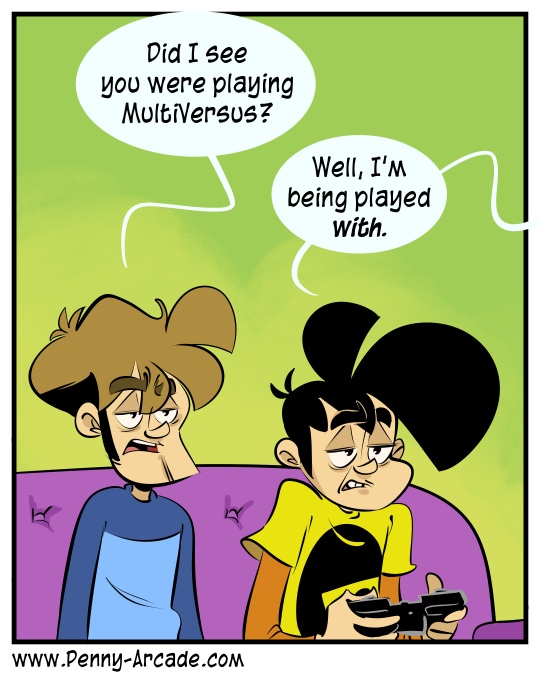 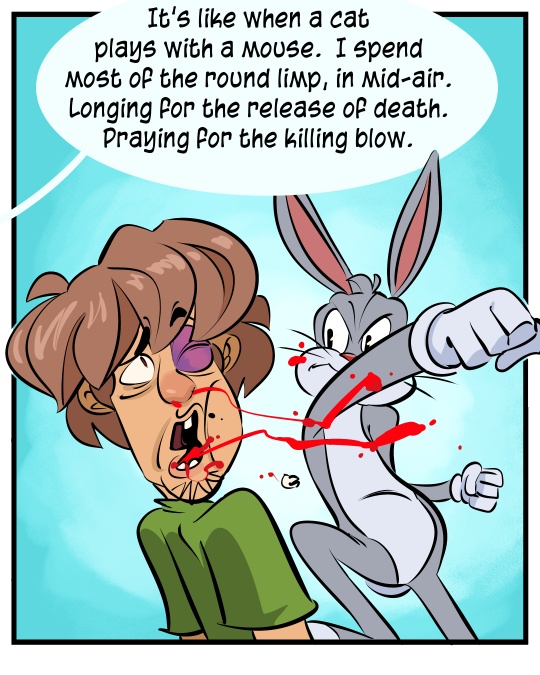 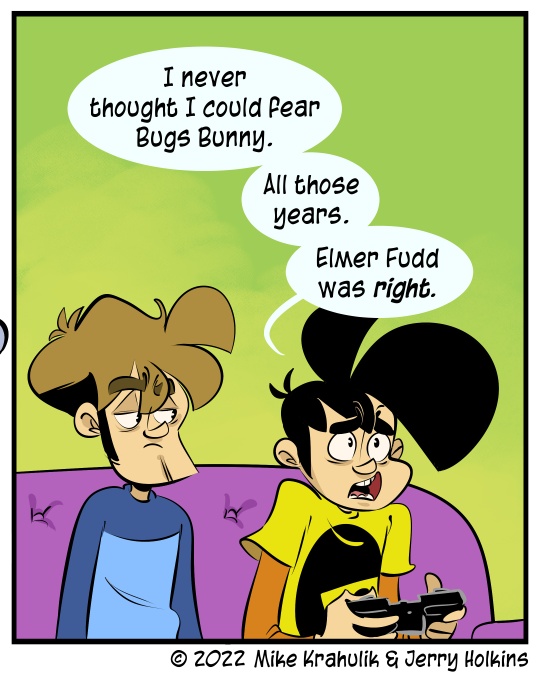 It's wild in some respects that Smash Bros. constitutes a genre, now - one of my favorite things to do at a PAX is to watch the Brawlhalla stage where mortals contend with the game's creators and are very frequently liquefied internally before reaching escape velocity.

We were goofing around about MultiVersus, because it was there, while in the post presenting the trailer and getting the quiet sense, growing in intensity, that this might be a credible effort.

The best information we have now about its virtue is the Steam Stats, a hallowed realm where its ten seat pantheon holds sway. Getting to there at all is a massive accomplishment, and staying there for a few days with their notoriously fickle cadre of survival game refugees and dinosaur fuckers is a b ig deal - and they've done it. I feel like we were being perpetually told that Nickelodeon All-Star Brawl was going to be what MultiVersus actually is.

The only bad part about the game is that it has already attracted a Mos Eisley of immoral wastoids doing things to other human beings on Twitch that are almost certainly against the TOS. That's always been the thing about Smash, just conceptually; whatever it might look like, whatever slapstick silliness it might manifest, it's really about knocking enough of an opponent's bones out of their body so they can be launched into space.