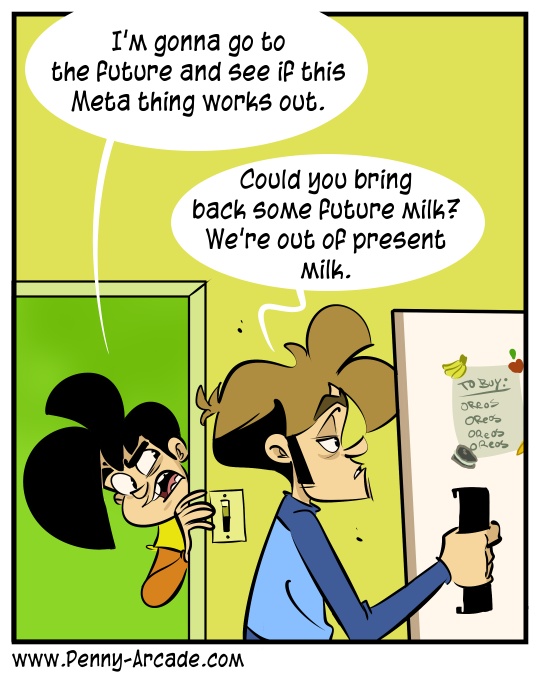 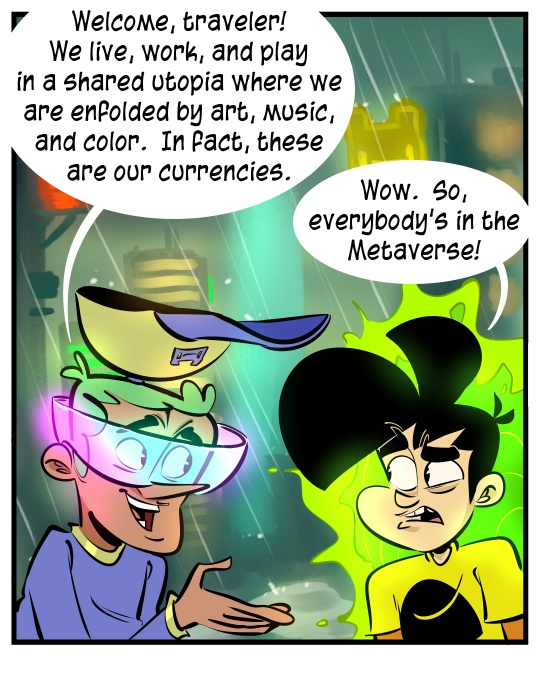 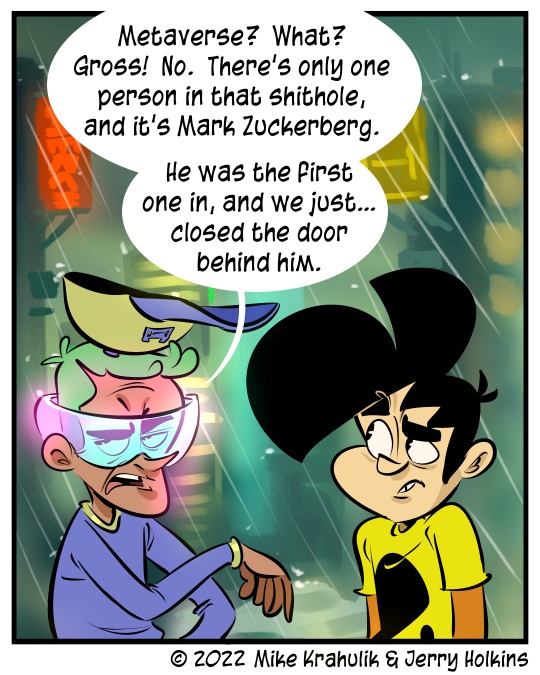 Mark Zuckerberg took a selfie in his VR thing that was not… aspirational, is how I would put it. His model looked like they couldn't figure out whether to rip off Avatars or Miis. There was a shitty version of the Eiffel Tower behind him or something; it was as appealing as the Phantom Zone. Picture this: you're hot off destroying online media with the Pivot to Video and the Jedi Blue advertising cartel you formed with Google. Now, it's time to dominate the future: and you do so by creating a digital version of the DashCon ball pit.

I actually like VR, and use it all the time. There's really amazing work in there like Road To VR and I arrange imaginary furniture in an Alps retreat I could never afford. But it doesn't automatically follow that VR is going to burgeon, unwaveringly, into the exact way it works in Snow Crash.

Anyway, it looks like that because it has to work on the original Quest. It's gotta work everywhere it possibly can to have any hope of being real. But the fascinating part, at least to me, is that they've developed all this with the assumption that the work of Neal Stephenson and Ernest Cline isn't merely a communique from a possible future but an assumption and then they raced to the end. There's no dream here, no humanity, no principle. The only new idea they have is that they should own it.