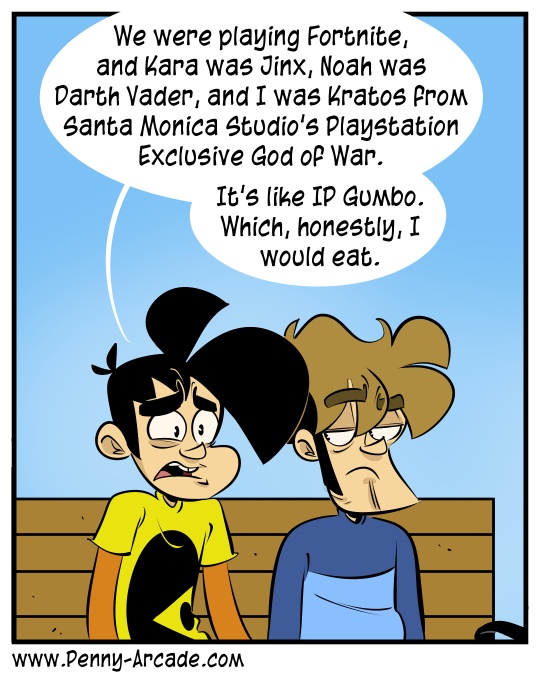 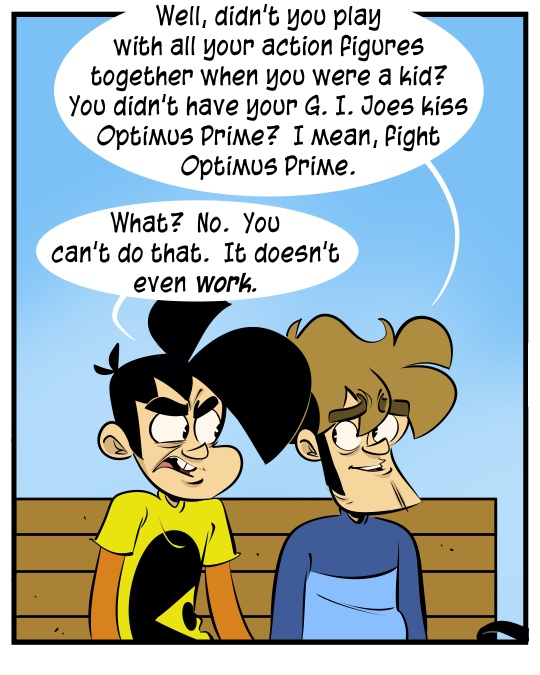 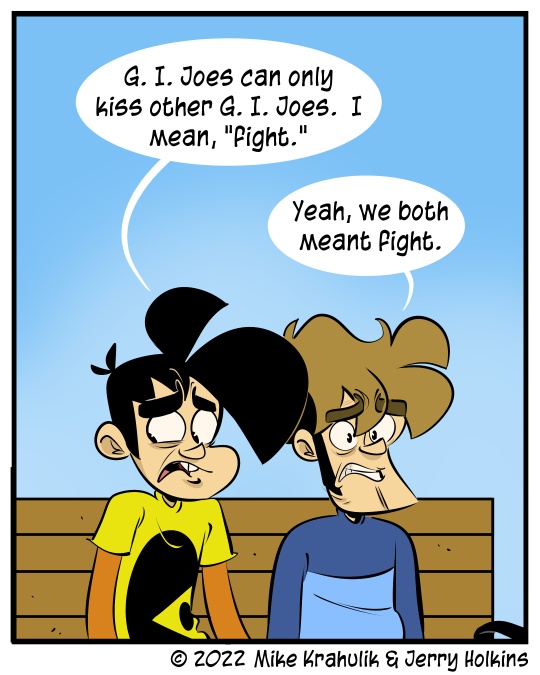 I can very clearly recall riding in the back of the station wagon with my sister, in the era where you could place your children in the equivalent of a deadly rock tumbler and everybody was basically fine with it. We had no particular allegiance to IP holders, and were flagrant in our abuses of their precious wealth. The Constructicons and The Ponies didn't necessarily have common cause in particular domain, seeing as they're almost completely orthogonal to each other on every axis, but they were united in their loathing for the treacherous drive to Spokane. Treacherous two ways: one, the winding, icy mountain pass. And two, once you get there, it's like… Spokane.

My sister is pretty gay - almost completely so. She is thorough in her dedication to this craft. One thing that probably should have been a clue early on, though we were not equipped to perceive it at that time, was that she seriously butched out all her ponies - she trimmed their manes almost down to the plastic. They looked like they could fuck you up. She's always been more traditionally, like… tough than I am, and she was a much better "son" to our father, which I was never socially aware enough to be jealous of. Genuinely, I consider this inability to see normal shit a blessing. People are always, always trying to fuck with me in some wavelength of light I don't even perceive. It can take me decades to figure out that someone was trying to hurt me, and by then, they've typically managed to hurt themselves instead.

But! Returning to the subject of Kisses, we made the Imperial Navy Breachers and the Kroot Farstalker Kinband kiss on stream:

We just did our second of three sponsored streams for Kill Team: Into The Dark, the first focusing on the modular terrain you'll be painting and reconfiguring to make the eighteen custom killzones in the book. I'm super pleased with the custom, data driven overlays Gavin and Buland were able to cook up for yesterday's stream, too; it was the first test of the system we'll be using for Tomorrow's real game, which starts at 3pm PST and features a super cinematic scenario where one team's job is literally just to escape the board. I can't wait. I literally did PAX the day before that stream, and I was still cranked up.

It is available for preorder now, and I would definitely split this box with a friend both to defray the costs and also so you have somebody to paint that terrain with because there is a lot.