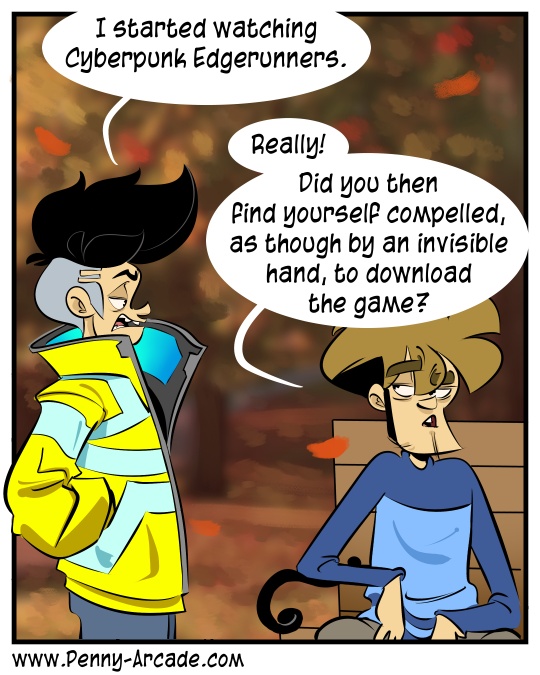 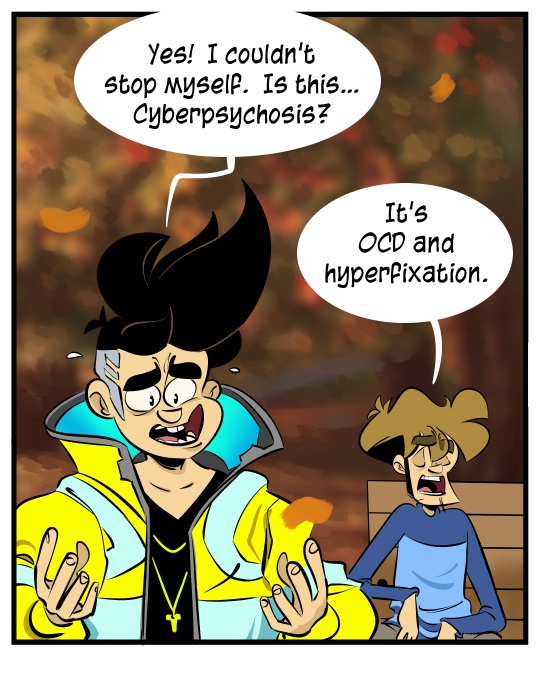 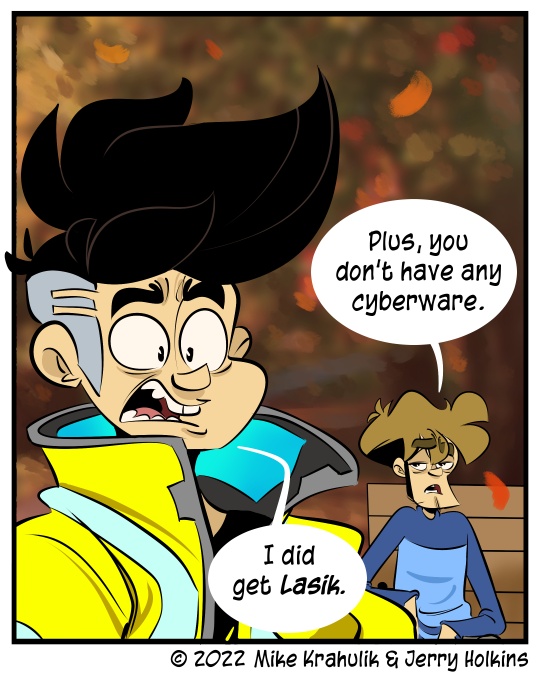 Cyberpunk Edgerunners is incredibly good. This cartoon is how I wanted the game to feel, and sometimes the game does feel that way, but mostly what the show is going to do for you is establish how much more the game could have been.

I've told the story too many times, maybe this will be the last one: D&D is/was the devil's game, played it when I was six with my uncles and aunts, came home and told my mom about this cool game I played, and everybody got in a concentrated form of trouble. She believes that God is essentially a person with all conceivable knowledge and power who also cares a lot whether you pretend to be an elf.

Anyway, so I played all kinds of RPGs, but the one we probably played the most was Cyberpunk 2020. This would have been back when 2020 was the future obviously. And the game's designer, Mike Pondsmith, wasn't entirely wrong about 2020. That level of wealth transfer, almost all of it in a single direction, could reasonably be seen as the dark appetizer to corporate dominion's unctuous main course.

Cyberpsychosis is an empathy disorder where you cease to perceive yourself as part of humanity, and it has various manifestations. It's a huge and important part of the show. It's in the game also, but because the game is also about getting chromed up the fucking ass and having razor-sharp blades shoot out of your forearms things are a little different. It's also a spell you can cast on people. And, in the roleplaying game, it's a cautionary tale told by the game world but also your character sheet, where getting significant upgrades can result in you losing your character. Ultimately, this means that Edgerunners can tell a story about it better than either of these other things can - and tell it in a way that can inform or add context to its implementations elsewhere. And it does. It's excellent.

In order to talk about it properly, the game would have to be about that - it would have to be there in every atom of its manufacture. That's why the initial teaser worked, right? Well, it worked for lots of reasons. But it also implied to me, as somebody with a nettling amount of history with the setting, that they got it. The expansion, which is apparently about a resurgent federal government or something, really indicates to me that there's a lot of confusion about the world still. The show has gotten a lot of people back into the game, including Galabriel, to say nothing of newcomers; hopefully it's possible to take this flight without my unweildy carry-ons.