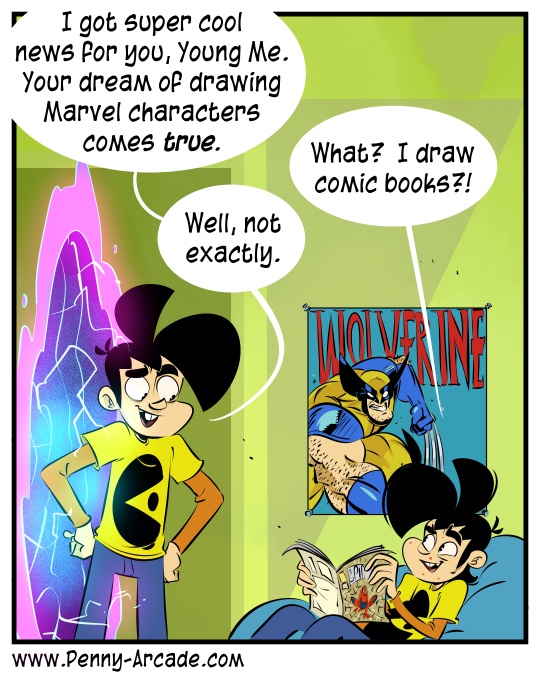 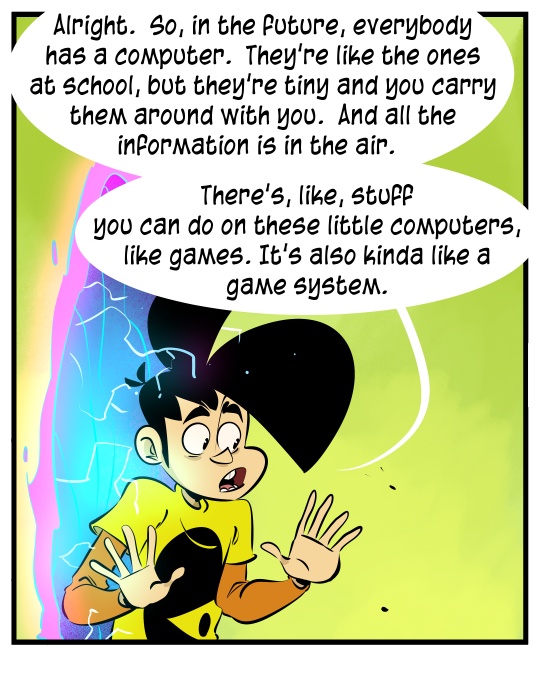 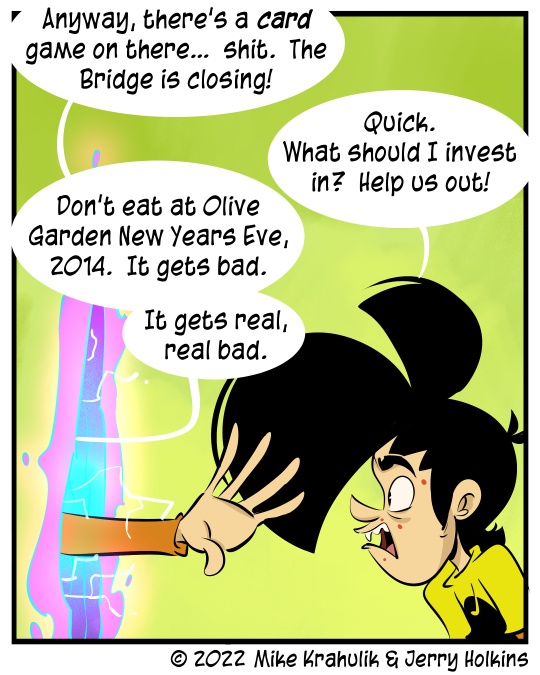 We took a moment to imagine what it would be like to inform a younger Gorb that they had a chance to draw some of the most famous comic characters of all time, in an official capacity, and it quickly became complex. As for 2014, sometimes called "Mike Krahulik's Tour Of Shitaly," we used to go there once every couple weeks and since that fateful day he hasn't been there in almost a decade. It's unknown what hostile organism took a seat at the very levers of his body but apparently he managed to "shit out of his eyes," which is a startling and unprecedented state of affairs.

But! Independent of that moist and grisly ritual, he did authentically and with great care commit Artistic Acts, drawing cool characters for Marvel Snap, and developer Second Dinner even let him pick which ones. Of course, because he is a Cool Dad, he let his boy Noah choose them.

Mork did a few cards for them actually, and to make it work with their cool 3D tech he had to do everything in these crazy layers. Not just the way you'd think, layers aren't weird in this kind of art, but slicing it in very particular ways to turn it into something their technology could essentially puppeteer. The 3D-ified version is a kind of digital mobile, but the visual effect is a really great trick and felt surprisingly meaningful as part of progressing cards.

Most card games are essentially Magic: The Gathering fanfiction, for good or ill. Not even hating on Magic, I'm just saying that I have played Magic and if I'm gonna play Magic I'll just play Magic. You know? Give me the asymmetry of Netrunner, or the radical departure of Gwent. Or give me Marvel Snap, which has somehow managed to let you play three rounds simultaneously, with a deck of only twelve cards, that still feels meaningful and isn't ultimately about booster packs. It's available now, and once it starts to click for you the Honeymoon Phase with this game is torrid. Like, straight up pervert shit. I'd just leave the phone plugged in.