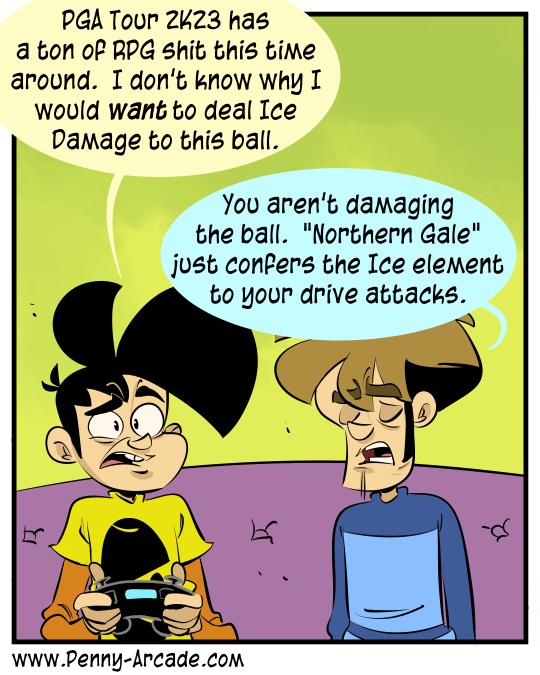 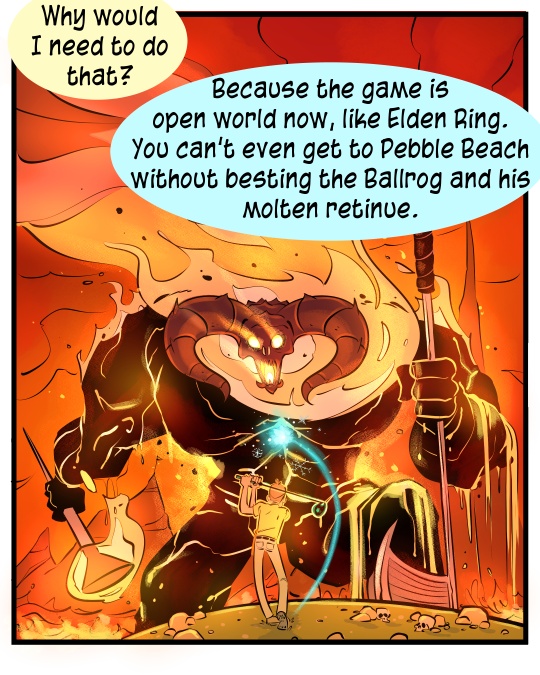 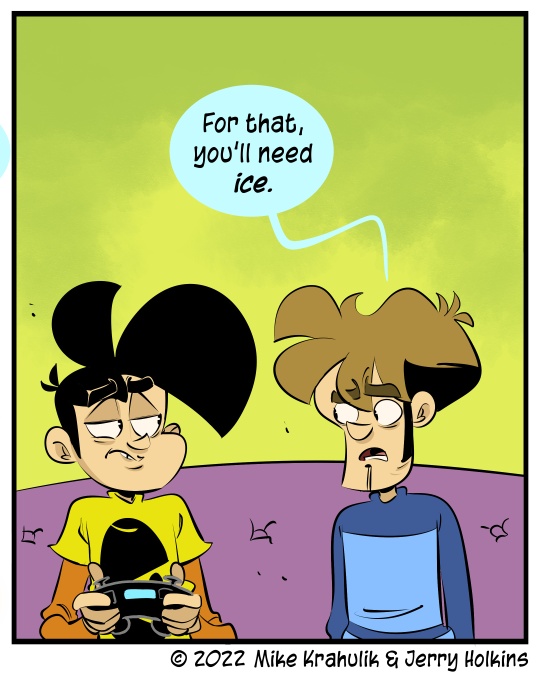 I think that Gabir and I are just… mutants, beclawed things accustomed to the same moist environs prized by fungi. I've talked about it a lot on this page, but there isn't anything wrong with Golf. I don't need Golf to be an MMO and I don't need RPG shit or classes or crafting in it. It isn't spackled with unsightly grime that needs polished off, nor is it without inherent virtue and thus in need of adornment.

Creating a golfer in the new PGA Tour 2k23 extends somewhat beyond hat choice, though their facial hair continues to be sparse, patchy, almost tarantulan. There are now like six classes, or archetypes as they are called in the tongue of Men: Greensman, Powerhouse, Rhythm, Sculptor, and Woodsman. I'd love to golf in the deep places of the Earth with them, do a campaign, but I didn't finish more than a few rounds of single player in the last one even though I have a hundred and thirty some odd hours in it. That was all just… playing with friends. I kinda liked it.

The last PGA Tour game, itself essentially HB Studios' "The Golf Club" being called up into the majors, doesn't lack for much. The human beings in the game looked like hideous waxworks sprung into terrifying unlife, but what it had was amazing golf and a secret weapon: a powerful course creator and a community of sorcerous perverts dedicated to imagining and executing fantasy courses. The issue with such a game, and this isn't an issue for me, is that such a game needs no accoutrements. It's great in a way that does not monetize. It doesn't hijack reward pathways. A great game can be a bad "product."

EA's genre entries had filthy/nasty issues with matchmaking, but the main thing that got me off the annual treadmill there was that you're essentially leveling a toon that got wiped out every year. What I liked about the 2K21 iteration was that no matter when somebody picked it up, and I was a staunch advocate so this happened all the time, I could tune the rules of the lobby and everybody was playing the same game. You had some equipment choices, but it wasn't down to the level of "okay, you have this many points in this, and consumable balls" plus equipment "fittings" of varying rarity. For me, these things literally just obscure the mechanics.