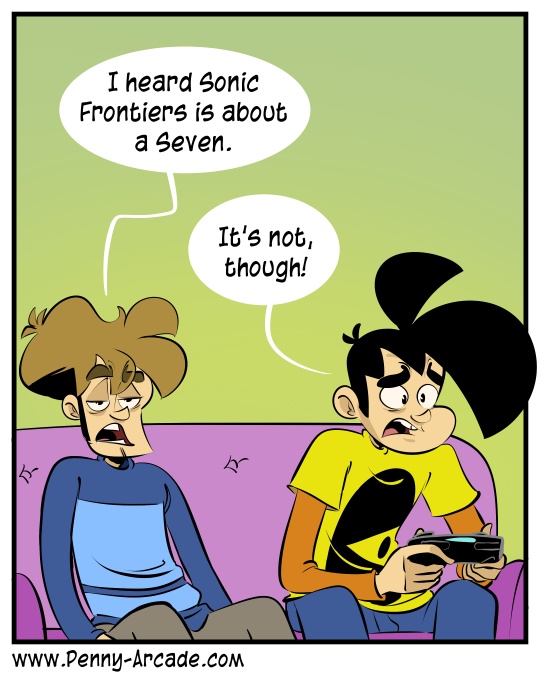 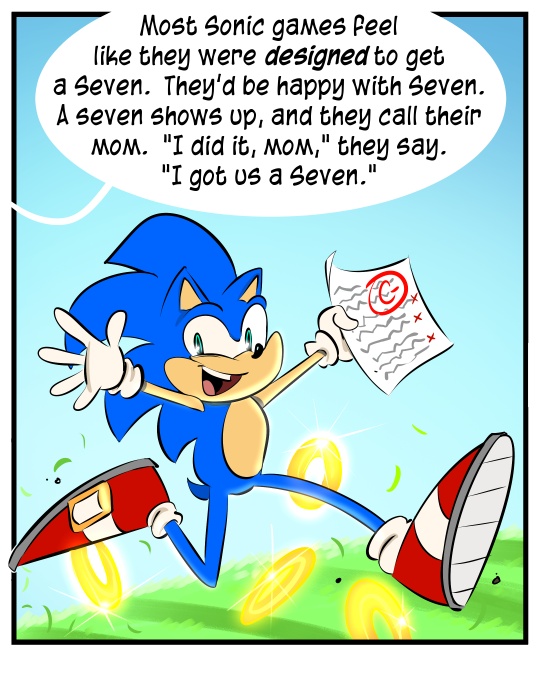 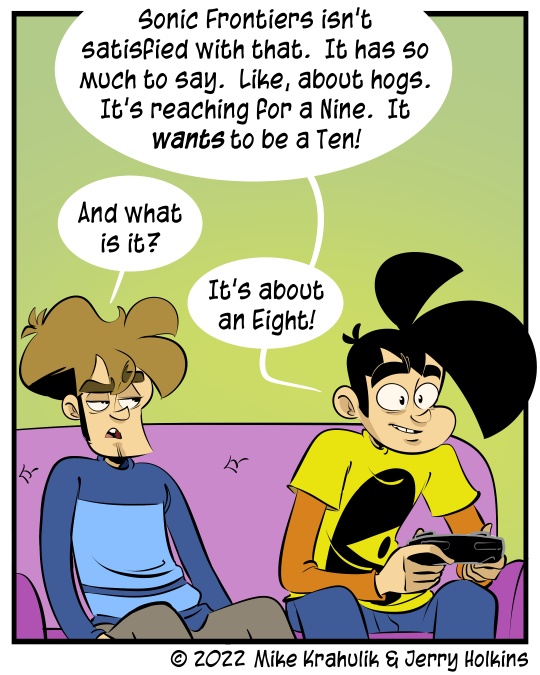 Man, it's a bumper crop out there for contrarian jag-wads like myself - those who are determined to find the secret and hidden virtue in the lukewarm. First it was Gotham Knights, which is much better than I had read in most places. Does it occasionally, you know "forget to run" on PC? Yeah! What about after it's running- does it stop sometimes, as though to prove some kind of point about how life is fleeting or some shit? For sure. Do I still try to play it every day? I mean… yeah. It has a ton of heart, whatever failings it might have in terms of somewhat repetitive combat and occasional, I mean, you know. Not… running-ness.

Sonic Frontiers was identified early on as a game to make fun of. It's very safe to do so, and being especially harsh gives the impression that we are dealing with someone with meaningful opinions and authentic heft. They aren't gonna run this kind of calibration on a Naughty Dog game, because they want to work there. But with a game like Sonic Frontiers, the scion of a troubled dynasty, you can burnish your proletarian bonafides essentially for free.

It is much, much better than anybody is gonna give it credit for. I keep talking about my affection for the Hard Seven, the work that occasionally has difficulty enunciating its own virtues, or had a difficult birth, or simply emerged into the world in something less than golden, angelic light. Because we've been, I think, irrevocably mindfucked by the ratcheting of the Algorithmic State, a kind of omnipresent floodgate designed to sort data, money, and human beings between irredeemable Zeroes and virtuous Ones, we aren't really interested in or capable of parsing ambiguity as a concept.

Well, ambiguity is all I'm interested in. Ambiguity is how we find the next thing. I know what's going to happen if I buy God of War; I'd rather spend that time, and that money, taking chances.