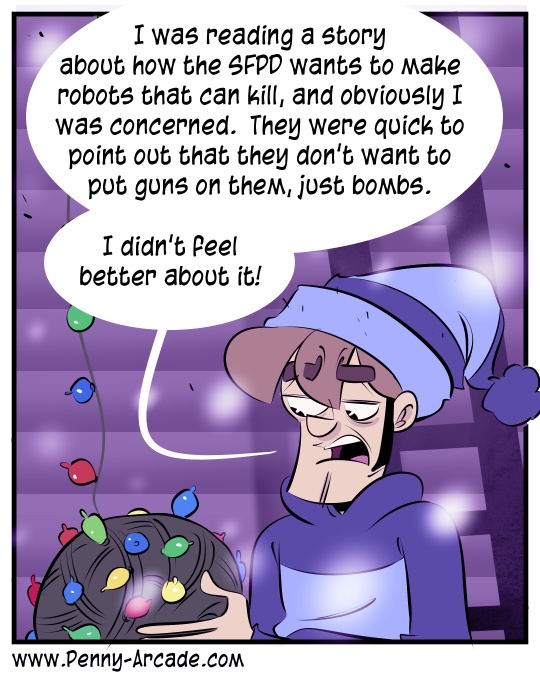 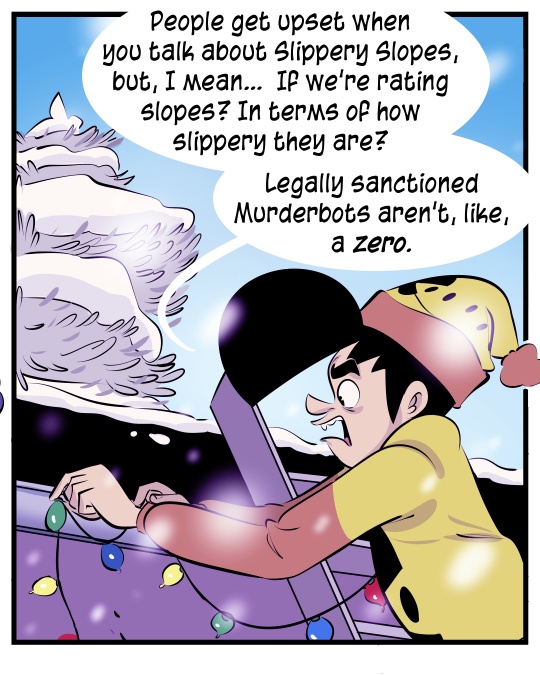 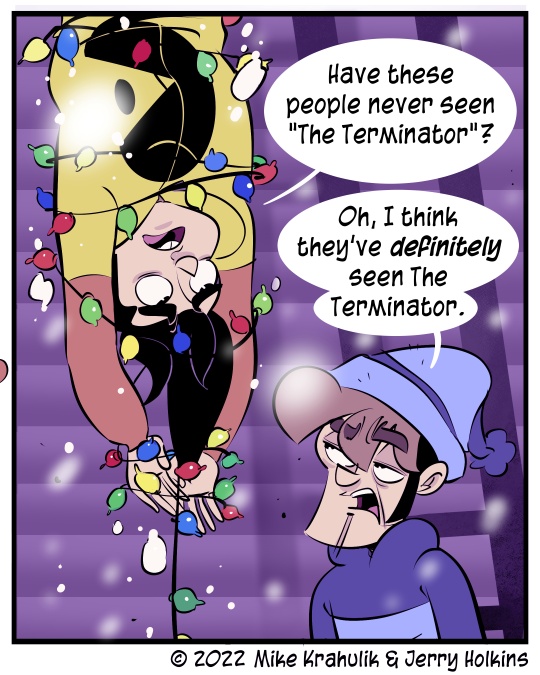 When we wrote the comic, it was earlier in the week because we needed to build up a backlog for PAX Unplugged - they hadn't voted on anything yet. I was surprised to learn when I started writing the post that they voted 8-3 to hasten some OCP shit by authorizing the use of deadly robots.

There's a quote in the article from one of the people who voted for it, and he suggests that it's bad for progressives to appear anti-police, a branding issue that could hurt Democrats nationally.

I have two kinds of anger. One is traditional and demonstrative, and one is something I instinctively hide. Let me say that his statement made me very still inside. What a crazy thing to fucking say out loud when you're talking about absolving the use of lethal militarized robots on civilians. As we suggest in the strip, "reasonable people" are always tsk-tsking when you talk about Slippery Slopes, or as I call them, "observable reality." It's a way for them to not have to do anything while appearing to do things, which is a really neat trick if someone lets you get away with it.

First of all, bro, those cows have left the barn. There is nothing you can do about that, and even if there were, you trying to scooch pieces around in some electoral metagame when a vote like this is literally in front of you is monstrous. It doesn't matter if progressive candidates get elected if progressive ideals are not manifest in the world as a result. You authorized this wickedness because you think it will be used on someone else, because you know it will, when the only thing you should imagine is one of them coming into your living room because its operators and indeed the entire apparatus of State force is staffed by finite, eminently fallible human beings. Oh! And the deadly robots you just gave them.

The Show Store will be open until December 8th, and there's been a run on huge swathes of it, so if you are trying to get our designer's best collection yet in what is objectively the best color, jump on it. Talked to so many attendees and vendors this show, which was the biggest PAX Unplugged yet, and it was doing what it was supposed to do - love to end the year with this kind of feeling. Sorta forgot it. We had a great final round of the Omegathon also, with Ivy besting ExplodingLobster in a game called Unmatched, which is really smart, vast, and cool in a way that I think is going to end up very expensive for me. 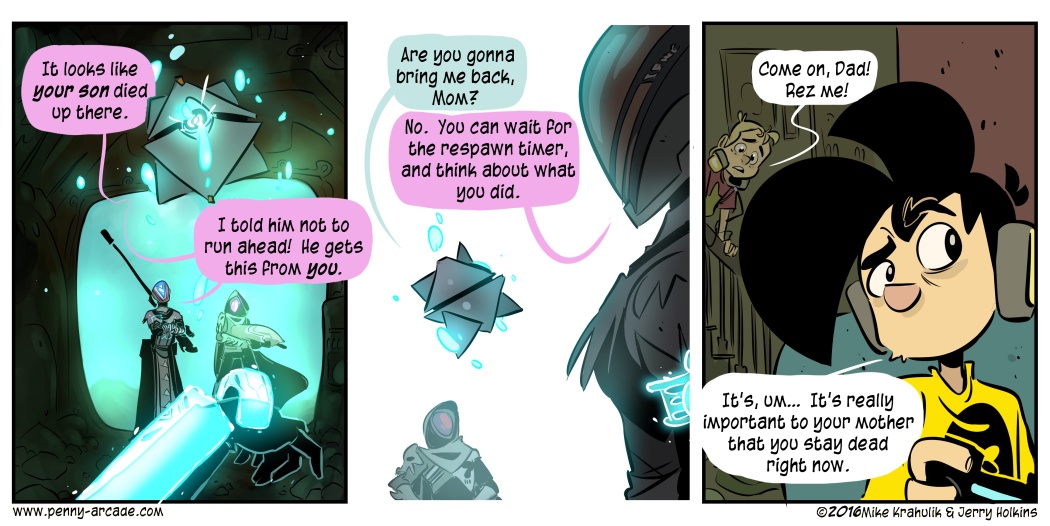