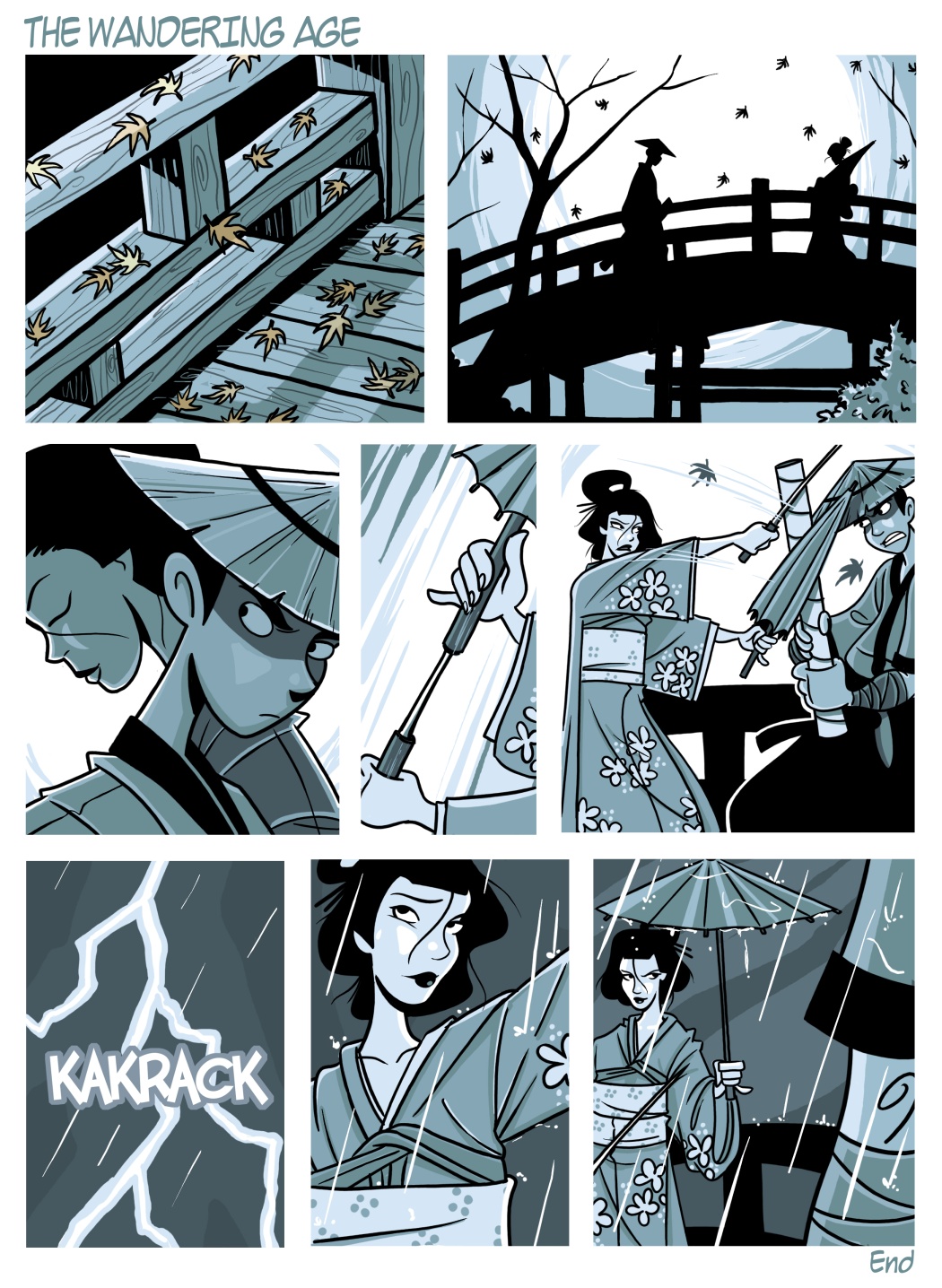 It just seemed like it was about time to bring him back - we've been working on a lot of longer form projects lately, and I guess it sort of bled over. We still have that Penny Arcade animated series pilot laying around, if Gabe is open to working with this kind of screen real estate maybe I can get him into it. I also have a script for a story that takes place in a wild west version of the Jewish holy book, the Torah.

I noticed at EvilAvatar that Underworld - the werewolf vampire hybrid love story movie thing - was hitting stores this week, meaning that White Wolf apparently didn't get what it wanted out of the courts. Most of the dramatics took place on message boards or in my e-mail, but know now that I was told "what for" regarding this strip and post by every fancy lad capable of the English language. There was even the occasional dark invocation, written in either Latin or some nonsense vampire script. I honestly don't mind.

The grim irony ("tak'shas," in the tongue of The Kindred) of the whole thing is that, trust me - you don't want to imply that anything you like is connected with Underworld. You don't want to let stand even the vaguest assertion in that direction. Because while Underworld is better than Dental Work, it's not better to any significant degree. Some of the elements are well visualized. Though the action setpieces are fairly sparse, they have some decent touches. It's firmly situated in Rental Country. But as a whole, I don't think it's any better than what happens at any given kitchen table, or park, when players get together for their own games. I'm perfectly familiar with the transformative power inherent in pen-and-paper, and even (God help me) Live Action. So when I fuck with you guys about it, it's probably best to take it as fraternal.

I was shocked to find that Silent Storm's publisher wanted to advertise here, but they're certainly allowed to. The demo, which I wrote an extemporaneous poem about, is much fancier fare than one usually gets as a proponent of turn-based strategy.

earth they must invade