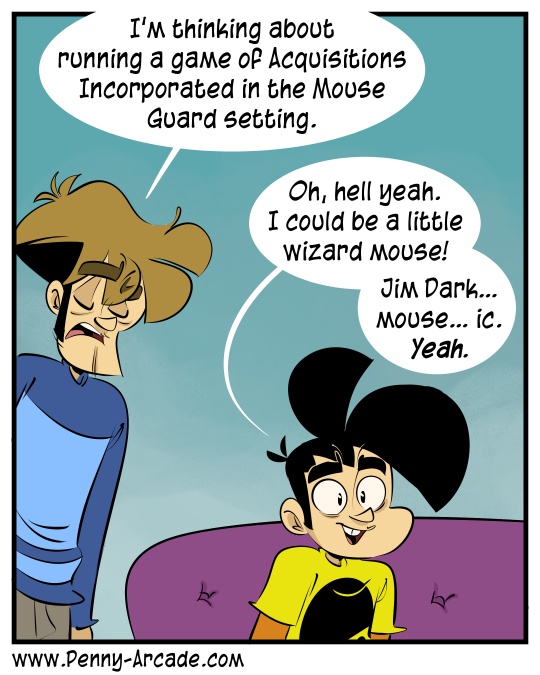 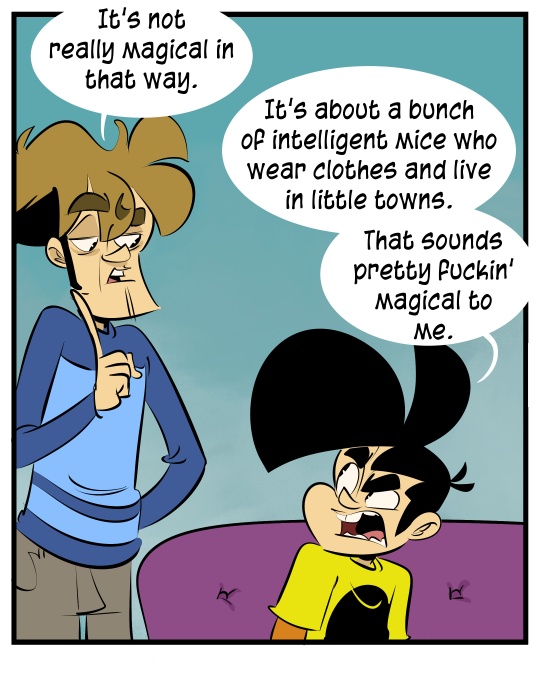 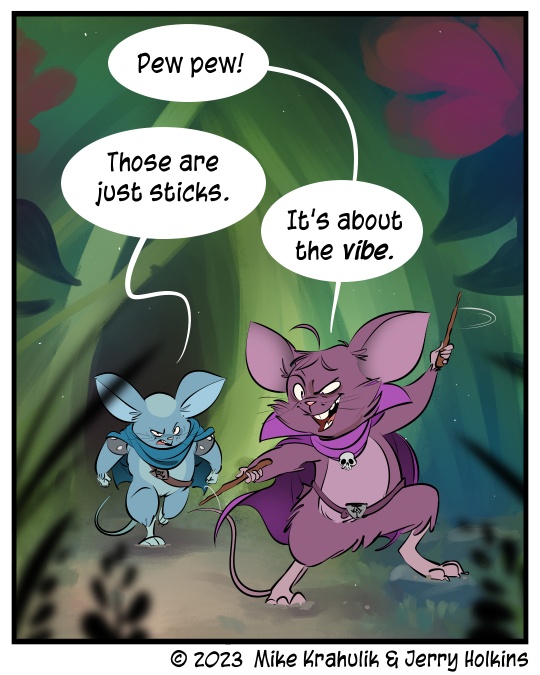 I love having the story in my back pocket where, because I had an opportunity to experience the Satanic Panic first hand, D&D wasn't something I could play because of the red-hot, hoppin' Devil. Ironically, the time that I did spend in church taught me to try to find the lesson in such things, and as a grizzled ancient it's clear what that is: I think a lot of people start with D&D and stay there. I would have too, if I'd been allowed to. So the endpoint of that story is that I consider it a good thing, even if the reasons for it - that I was gonna learn real magic and deny my maker - were kinda weird. Although, I did sorta deny my maker so maybe she was half right.

I've played so many roleplaying games, real weird shit. Torg, Traveller, Paranoia, a bunch of World of Darkness stuff obviously but I was always partial to Mage. Lots of Palladium system stuff, like Robotech, Teenage Mutant Ninja Turtles, Ninjas & Superspies, Heroes Unlimited, real wacky shit. Cyberpunk 2020, enough to become a real asshole about it. That's all the old school stuff. These days, there's real cool new take on ALIEN from Free League and Modiphius - two companies that are doing the Lord's Work generally. But as a system, I must say: I am very, very fond of Burning Wheel as a system, particularly how it manifests in Torchbearer (dungeon crawling as survival horror) and Mouse Guard (David Peterson's tiny, furry world legends and intrigue). Obviously, it would be fun to have a tiny rodent version of Acquisitions Incorporated and tell stories this way. But also how you tell stories in these games is simply unlike the established norms of the medium.

The vast majority of CCGs can be mapped onto the structure of Magic, with a few Legally Distinct pieces of terminology, and the same goes for D&D. That is to say, you have a bunch of characters and they all have hit points and when combat starts you all line up in orderly initiative order and take turns decrementing each other's HP. In this game, when you engage in combat, you fight together - as a group. Your group has a level of resolve, sort of analogous to HP, but you generate this with rolls at the start of battle and it's not a set number.  So you as a group determine how you're going to do it, who is taking the lead on this feint or that attack. It really feels like you are winning together or losing together in a way other systems don't even bother to model. In these rules, getting better at things often involves failing at them - you might even choose to fail, that's how important it is. I guess… I guess I just like that idea. That's something worth carrying into the waking world. 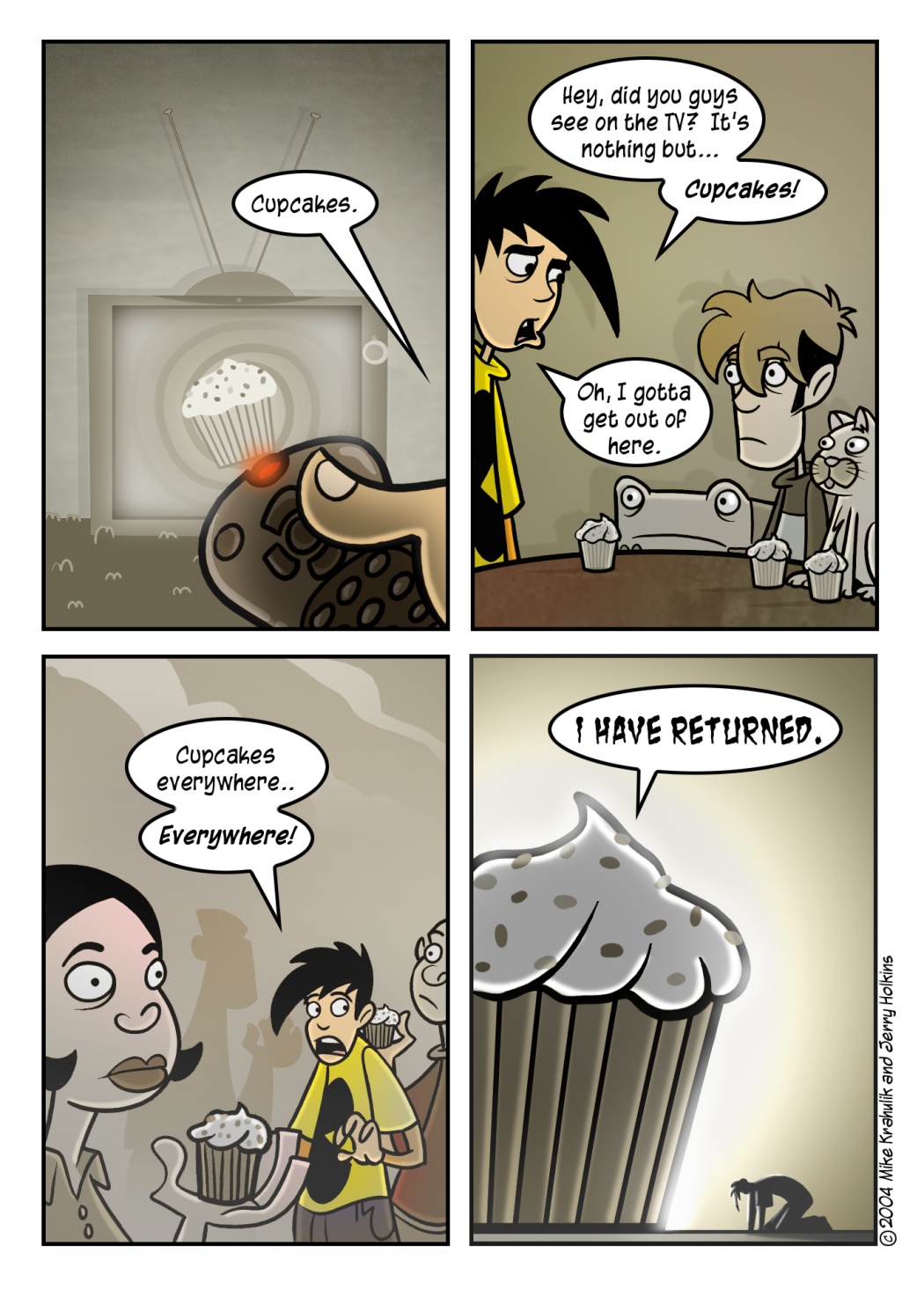